Epilepsy drug could protect nerves from damage in MS

An epilepsy drug could lead to a new treatment that protects nerve damage in MS patients, according to research published in the Lancet Neurology. 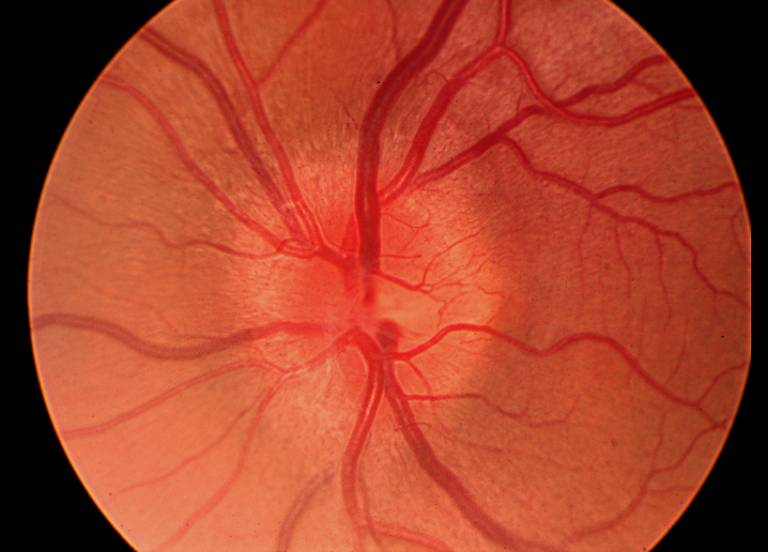 Researchers, led by Dr Raj Kapoor from the UCL Institute of Neurology, found the anti-convulsant drug phenytoin protected neural tissue in patients with optic neuritis. Optic neuritis is a symptom of MS which causes the nerves carrying information between the eye to the brain to become inflamed and damaged.

The findings, presented first at the American Academy of Neurology 67th Annual Meeting, bring researchers one step closer to establishing neuroprotective drugs for people with MS - currently there are none.

As the study looks at repurposing an existing treatment already shown to be clinically effective, the use of phenytoin for MS could potentially have patient benefit in a much shorter timescale than usual.

In the study 86 people with acute optic neuritis received either phenytoin or a placebo for three months. OCT (Optical Coherence Tomography) was used to measure the thickness of the retina and the light sensitive nerve layer at the back of the eye. At the end of the trial the group who had taken phenytoin had on average 30 per cent less damage to the nerve fibre layer compared with those who received the placebo.

Dr Kapoor and his team had been focusing on the sodium channel as part of their research into neuroprotection. In inflamed areas, the axons of nerve cells get flooded with sodium, which causes an influx of calcium which in turn causes cell death. If sodium entry into the cell can be blocked there is potential to prevent this.

Dr Kapoor said: "We wanted to find out if the theory that blocking sodium currents, which we developed in basic work over many years, actually served to protect neural tissue - a test-bed to see if we can achieve neuroprotection."

Optic neuritis, which is often the first symptom of MS, gave the researchers a window of opportunity to study active inflammation early on in the disease process. Changes or damage to the nerves in the eye and the optic nerve are easy to measure.

Dr Kapoor said: "These are promising results and if our findings are confirmed by larger, phase 3 trials, could lead to a new treatment that protects nerves from the damage caused both in optic neuritis and throughout the central nervous system in other attacks of MS."

Dr Emma Gray, Head of Clinical Trials at the MS Society, said: "This is great news for people with MS and we're very proud to have co-funded this trial. There are currently no treatments that can directly protect the nerves from damage in MS and, if effective, this treatment could be beneficial for all types of the condition, which is currently unheard of. Our goal is to ensure all people with MS have access to effective treatments that can slow, stop or reverse the damage caused in MS. This trial brings us one step closer to that goal."

Dr Bruce Bebo, Executive Vice President, Research, at the National MS Society (USA), said: "The Society made a strategic investment to encourage research in the area of neuroprotection as an approach to preventing progressive disability in people with MS." He added: "An intriguing aspect of this study is that it involved repurposing a therapy already on the market, an approach that could cut years of development time and speed the use of medications for a new indication such as MS."

Dr Kapoor said: "We have been trying to achieve neuroprotection ever since we realised that disability was due to nerve damage, so it is very encouraging that we have now found one way of doing so. We hope this will open the door to significant progress in preventing disability not only in optic neuritis, but also in MS as a whole".

MS affects more than 100,000 people in UK and symptoms typically appear when people are in their 20s and 30s. MS attacks the central nervous system, causing confusion and delay in messages sent from the brain and spine to parts of the body. Symptoms include sight loss, pain, fatigue, continence and disability.