People bereaved by the sudden death of a friend or family member are 65% more likely to attempt suicide if the deceased died by suicide than if they died by natural causes. 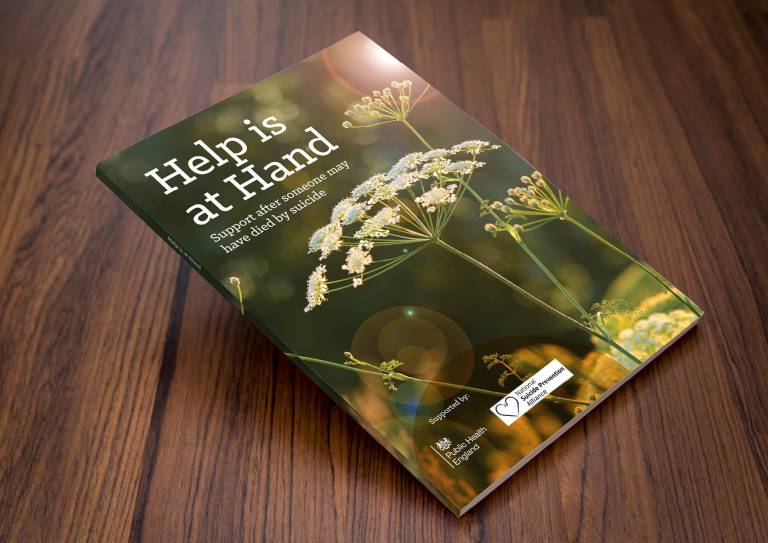 This brings the absolute risk up to 1 in 10, reveals new UCL research funded by the Medical Research Council.

The researchers studied 3,432 UK university staff and students aged 18-40 who had been bereaved, to examine the specific impacts associated with bereavement by suicide. The results are published in BMJ Open.

"Our results highlight the profound impact that suicide might have on friends and family members," says study author Dr Alexandra Pitman (UCL Psychiatry). "However, these outcomes are by no means inevitable. If you have been bereaved by suicide, you should know that are not alone and support is available. There is a guide called Help is at Hand, written by people affected by suicide, which offers emotional and practical advice as well as information on organisations that can offer further support.

"We know that people can find it difficult to know what to say to someone who has recently been bereaved. However, saying something is often better than saying nothing, and simple gestures like offering practical help with day-to-day activities can mean a lot. For example, when a colleague bereaved by suicide returns to work after compassionate leave then it could be helpful to ask how they are and offer to help them with their workload. Employers should be aware of the significant impact that suicide bereavement has on people's working lives and make adjustments to help their staff return to work."

The study also found that people who had been bereaved by suicide tended to perceive more social stigma around the death. When the results were adjusted for perceived social stigma to reflect this, the significant differences in suicide attempts and occupational functioning disappeared. While further research is required, this suggests that addressing the social stigma attached to suicide bereavement might be one way to help to limit its impact on people's lives.

"British people can be very uncomfortable talking about death, and suicide in particular is often perceived as a taboo subject," explains Dr Pitman. "However, avoiding the subject can make a bereaved person feel very isolated and stigmatised, and sometimes even blamed for the death. People bereaved by suicide should not be made to feel in any way responsible, and should be treated with the same compassion as people bereaved by any other cause. Suicide is a complex issue and there is often no simple explanation for why someone chooses to take their own life. Although one often hears people refer to a relationship break-up or a redundancy as the trigger for a suicide, this is far too simplistic and in reality it is often a culmination of different life events rather than one individual 'cause'."

Previous studies have shown family history of suicide to be a risk factor for suicide attempt, so risk assessments in hospitals, prisons and social care settings are designed to take this into account. However, the new study suggests that a history of suicide among non-blood relatives and friends should also be considered when assessing suicide risk. Asking about the impact of a suicidal loss will also give professionals a sense of how it has affected their day-to-day functioning, and whether feeling stigmatised has prevented them from accessing help.

Whatever you're going through, you can call Samaritans free of charge any time from any phone on 116 123 (this number is FREE to call and will not appear on your phone bill), email jo@samaritans.org, or visit www.samaritans.org to find details of your nearest branch.