Understanding the physics of pancakes to save sight 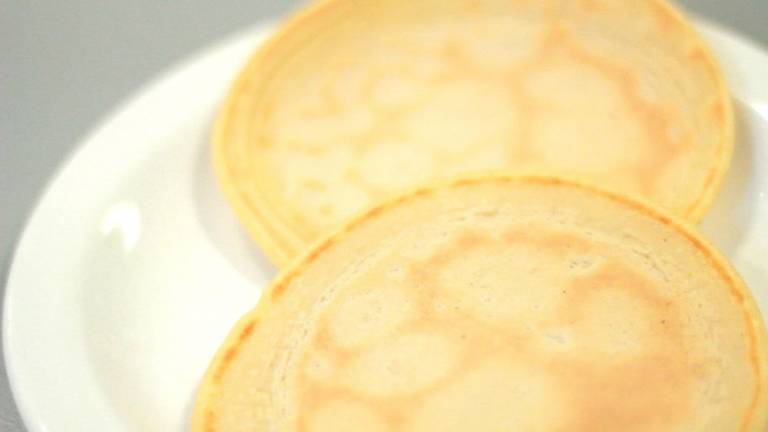 The appearance of pancakes depends on how water escapes the batter mix during the cooking process and this varies with the thickness of the batter, according to new UCL research. Understanding the physics of the process can help perfect pancake making and gives important insights into how flexible sheets, like those found in human eyes, interact with flowing vapour and liquids.

Co-author Professor Ian Eames, Professor of Fluid Mechanics at UCL Engineering, said: "Pancakes come in many shapes and sizes and everyone has their favourites - some prefer a small, thick pancake with a smooth surface whereas others enjoy a large, thin crêpe with 'craters' and crispy edges. We've discovered that the variations in texture and patterns result from differences in how water escapes the batter during cooking and that this is largely dependent on the thickness and spread of the batter."

The study, published in Mathematics TODAY, compared recipes for 14 different types of pancakes from across the world including the Canadian ploye and Malaysian lempeng kelapa. For each, the team analysed and plotted the aspect ratio, i.e. the pancake diameter to the power of three in relation to its volume of batter, and the baker's percentage which is the ratio of liquid to flour in the batter, i.e. the thickness of the batter.

They found thick, almost spherical pancakes such as Dutch poffertjes had the lowest aspect ratio at 3, whereas large, thin French crêpes had the biggest at 300. The baker's percentage didn't vary as dramatically, ranging from 100 for thick mixtures (i.e. equal measures of flour and liquid) to 175 for thinner mixtures containing more liquid.

To explore how these ratios influence the textures and patterns of pancakes, the scientists made batters with a fixed amount of flour and egg but different amounts of milk. Pancakes were made using the batters in the same pan, at the same heat and without fat. The scientists found that:

Thick batters with a baker's percentage of 100-120 form pancakes with irregular craters on the bottom surface. Water vapours released during cooking get trapped, unevenly lifting the pancake from the pan. Islands form on top surface as the pancake isn't a uniform thickness. 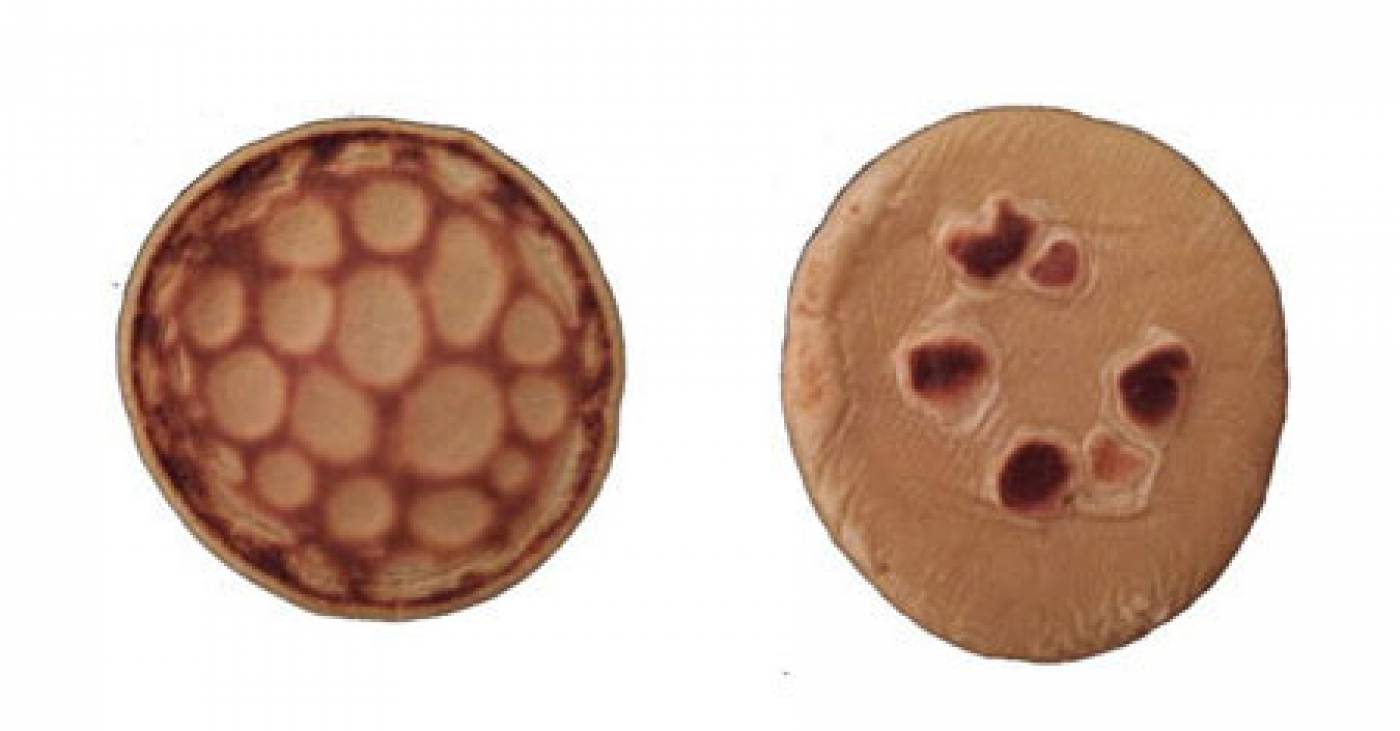 Thinner batters with baker's percentage of 175 form pancakes with an even colour on the bottom surface as water vapour is released smoothly from the base as it cooks. This effect is also seen in small pancakes irrespective of the thickness of the batter.

The thinnest batters with a baker's percentage of 200-225 form pancakes with an even coloured bottom surface which is dotted with dark spots. Water vapours escape smoothly across the bottom surface and through channels in the batter. The top surface of the pancake is uniform in colour but is pitted with tiny channels where the vapour escaped. It also has a distinctive dark ring around the outer edge where the batter was thinnest. Co-author Dr Yann Bouremel, UCL Institute of Ophthalmology, said: "We found that the physics of pancake cooking is complex but generally follows one of two trends. If the batter spreads easily in the pan, the pancake ends up with a smooth surface pattern and less burning as the vapour flow buffers the heat of the pan. We found a thin pancake can only be created by physically spreading the batter across the pan and in this case, the vapour tends to escape through channels or diffusion."

Co-author Professor Sir Peng Khaw, Director of the NIHR Biomedical Research Centre at Moorfields Eye Hospital and UCL Institute of Ophthalmology, said: "We work on better surgical methods for treating glaucoma, which is a build-up of pressure in eyes caused by fluid. To treat this, surgeons create an escape route for the fluid by carefully cutting the flexible sheets of the sclera. We are improving this technique by working with engineers and mathematicians. It's a wonderful example of how the science of everyday activities can help us with the medical treatments of the future."

The research was funded in part by the Helen Hamlyn Trust in memory of Paul Hamlyn, the UK National Institute for Health Research Biomedical Research Centre at Moorfields Eye Hospital and the UCL Institute of Ophthalmology and Moorfields Eye Charity.