London secondary school pupils are behind their peers in East Asian, European, Australian and North American cities and regions by the equivalent of about half a year of schooling. 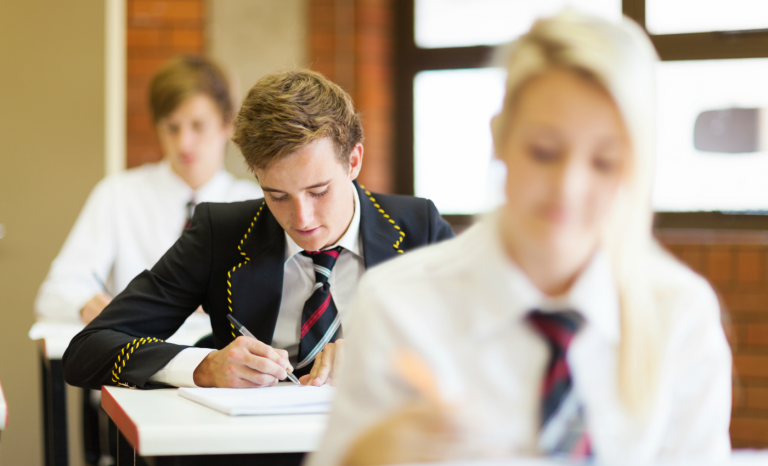 Children in Shanghai, the top performing city overall, are around 3 years ahead of their London peers in maths alone. Only the top 10 per cent of London's 15-year-olds could match the maths skills of the average Shanghai pupil at this age.

Researchers from the UCL Institute of Education compared the performance of just over 1,000 pupils across 42 London schools to their peers around the world. The researchers estimated pupils' scores using information collected in 2009 and 2012 from the Programme for International Student Assessment (PISA), an international survey that measures 15-year-olds' abilities in reading, maths and science.

London was consistently outperformed in all 3 areas by Shanghai, Singapore, Hong Kong, Maastricht, Helsinki, Milan, the Australian states of Western Australia, New South Wales and Victoria, the Canadian provinces of Québec, Ontario and British Columbia, and the American states of Massachusetts and Connecticut.

In addition, pupils in the Latvian city of Riga performed better than Londoners in maths and reading. Moscow and Reykjavik did better in maths, and Madrid scored higher in reading. Pupils in the rest of the UK scored slightly higher on science assessments, but were no better or worse than Londoners in any other area.

However, London pupils were up to 2 years ahead of those in the poorest performing cities, including Rio de Janeiro, Mexico State and Abu Dhabi.

This study is the first to compare London's performance in the PISA tests to that of similar international cities and regions.

The PISA assessments also included a series of questions on the pupils' attitudes and behaviours at school. Fifteen-year-olds in London were no different from their peers around the world in their work ethic or perseverance in their studies. They were, however, much more likely to take responsibility themselves if they did badly on a test, rather than blame their results on factors outside of their control.

The UK capital's performance on the PISA tests will come as a surprise to many educationists, given London schools' strong performance in national examinations.

"London schools have been rightly lauded in recent years for improving performance, particularly among pupils from disadvantaged backgrounds. However, London's comparatively poor PISA results seem to stem from certain groups performing worse than expected, including girls, ethnic minorities and young people from lower socioeconomic groups.  This is especially surprising as these groups end up doing much better on their GCSEs just 6 months after the international assessments," explained Dr John Jerrim, the study's lead author.

"However, it is important to remember that this is just one assessment, and is a single piece in a much bigger jigsaw. London's success in GCSE examinations is still a cause for celebration, though clearly much more also needs to be done to ensure children in our capital city are able to compete with the best in the world."

Deputy Mayor for Education and Culture, Munira Mirza, said: "Whilst young Londoners get the best results in the country at GCSE, this research highlights the challenges still faced by London's disadvantaged students in achieving as well as their peers. The different assessment style of PISA appears to have the biggest impact on the performance of disadvantaged and ethnic minority students, and seems to explain the weaker results in London in comparison to the rest of the UK. It is critically important that there is no complacency or reduction of support for London schools, and since these results were recorded, the Mayor and the Government have developed a pan-London programme to maintain the focus on improvement. We will be investigating these initial findings further and continuing to work with London's schools and teachers to enable all young Londoners to achieve."