UCL graduate researchers have turned their research into works of art in the Research Images as Art / Art Images as Research competition for 2016/17, run by the UCL Doctoral School. 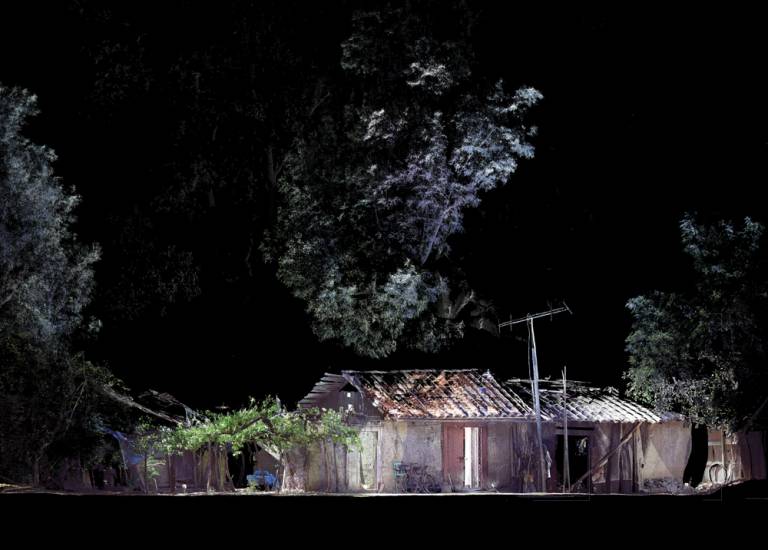 The winners were announced December 7.

First prize went to Bernadette Devilat, a PhD student in the UCL Bartlett School of Architecture, for her image entitled "Fragile materiality".

Her image is a still from a 3D laser scanning record from Zuñiga, a heritage area in Chile affected by an earthquake in 2010. The image was composed using scans from a damaged home, representing both interior and exterior spaces. The transparency of the image enables the interior to be seen, giving an aura of fragility to buildings endangered by earthquakes.

"It is a great opportunity to show a little bit of what I am studying in my PhD concerning the role of the record for the re-construction of Chilean historical villages affected by earthquakes. It is great that some of the key aspects of my research can be conveyed to the general public through one of my images, especially considering that it was selected by a multidisciplinary jury," Devilat said.

Devilat receives a prize of £400, while the six runners-up all receive £200 prizes:

The competition, which takes place every year, was open to all UCL graduate students, and academic staff, either science or arts based. Entrants were invited to submit images associated with their research which have aesthetic appeal.

View a gallery of this year's images: