The number of mothers passing the HIV virus to their babies has fallen to a new record low in the UK and Ireland thanks to the very high take-up of antenatal HIV screening and treatment which reduces virus levels in the pregnant women, according to research led by UCL. 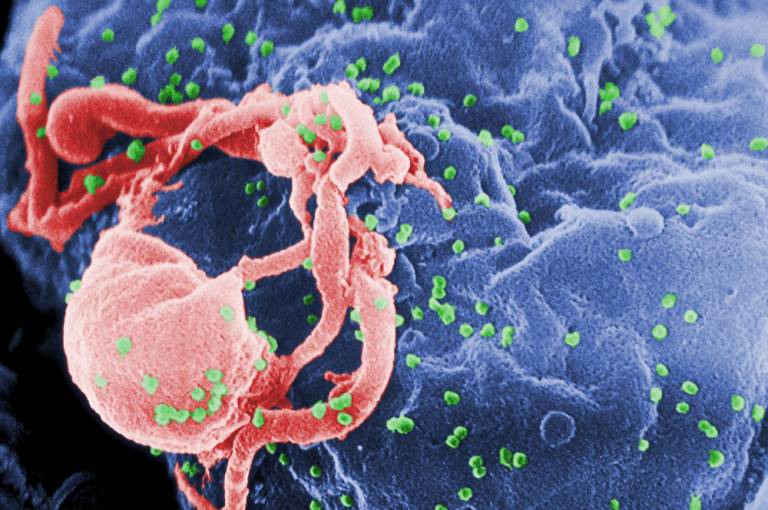 The proportion of pregnant woman passing on the virus to their babies fell to a new low of 0.27% in 2012-2014, with only seven infected babies born in this period to women diagnosed with HIV.

This compares with 0.46% in 2010-2012 reported two years ago, and with 2.1% in 2000-2001. The data was compiled by the National Study of HIV in Pregnancy and Childhood, a long-running national surveillance study, which is supported by Public Health England. The data was published in a research letter to Clinical Infectious Diseases.

In the UK there is a very high uptake of antenatal HIV screening, estimated at 97%, which is recommended for all pregnant women, and there are clear standards and guidelines for the management of pregnant women with HIV.

The chance of a baby being infected depends mainly on the extent the virus is present in the pregnant woman. The reasons behind the continuing decline in vertical transmission are largely linked to treatment, which reduces virus levels. As a result of the treatment, around 90% of women now have "undetectable" levels of virus in their blood by the time they deliver.

"It is uncertain whether the transmission rate will decline further. We are continuing to monitor this as well as the circumstances around the small number of new infant infections, which tend to be highly complex," said Dr Claire Thorne (UCL Great Ormond Street Institute of Child Health).

"To maintain, or possibly improve on the current rate requires continued early testing for HIV in pregnancy and appropriate support for all women living with HIV - before, during and after their pregnancy."

Appropriate interventions to prevent mother-to-child transmission include use of anti-HIV drugs, elective caesarean section in some cases and avoiding breastfeeding.