This week, the spotlight is on Dr Vladimir Smith-Mesa, cataloguer of UCL SSEES Library's Russian and audio-visual collection. 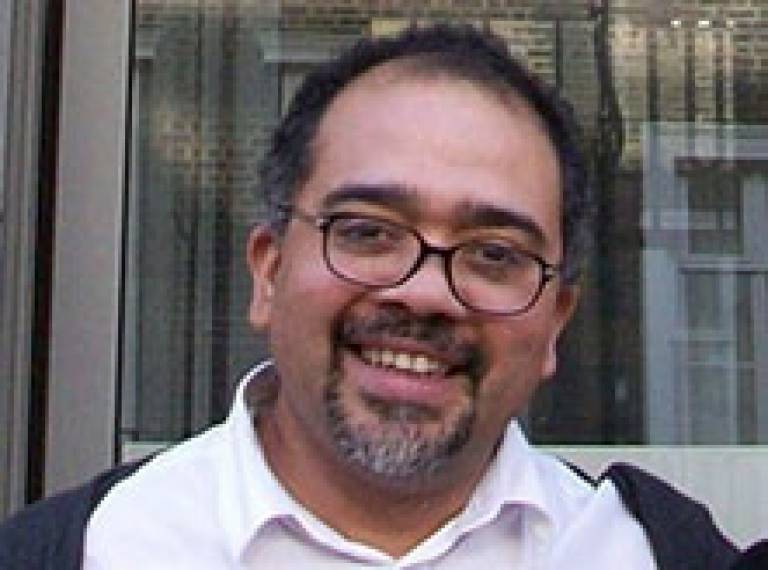 I work for UCL Library Services, as the cataloguer for the collections of the countries of the former USSR and audio-visual materials of the UCL-SSEES  (School of Slavonic and East European Studies Library).

I have been at UCL for over 16 years, working for UCL SSEES Library.

The UCL Festival of the Moving Image (FOMI), a project created in 2007, when I was a PhD student at UCL Spanish & Latin American Studies.

The FOMI is established as an annual event at UCL, which is currently curated by UCLU Film & TV Society. For the period 2013-14, it received the UCLU Arts Award - Best Event.

When I became a member of  UCL Race Equality Steering Group, I decided to work on a project entitled: 'The Other & the Moving Image', which examined not only the relationship between the moving image and different art forms, but also, and in particular, how the moving image helps to visualise 'otherness'.

This project received a grant from UCL Connected Curriculum's Liberating the Curriculum Working Group. The first three events were supported by UCL Institute of the Americas, UCL MA Film Studies and MA African Studies and looked at liberating and connecting the academic curriculum, working with others departments within UCL and with other universities in the UK.

The project worked in partnership with cultural organisations and institutions at a local, national and international level. It was based on UCL Library collections, disseminating our audio-visual materials (identifying areas for improvement).

The project demonstrates the significance that relevant library collections have to an academic curriculum.

Tell us about a project you are working on now that is top of your to-do list?

In May 2016, I was awarded the prestigious Likhachev Fellowship, a Russian Fellowship dedicated to arts and culture for my project: Dostoevsky Day UK (DDUK), which will take place on 11 November 2016 (the anniversary of Dostoevsky's birth).

The event will mark the 150th anniversary of the novel Crime and Punishment.

Victor Meldrew (One Foot in the Grave) - his catchphrase, "I don't believe it!", still makes me laugh today.

My late parents, some philosophers and many artists, filmmakers and certainly, very few politicians:

I am originally from Havana, Cuba but I don't miss our 12 months of hot weather; I have never been a huge fan of sunny and warm days. I love the rain.

My favourite seasons are autumn and winter. I do love it when it's cloudy and rainy, it makes me feel better.

Home (and home is where the heart is).