UK toddlers are consuming more calories and protein than recommended, potentially putting them at risk of obesity in later life, according to UCL research. 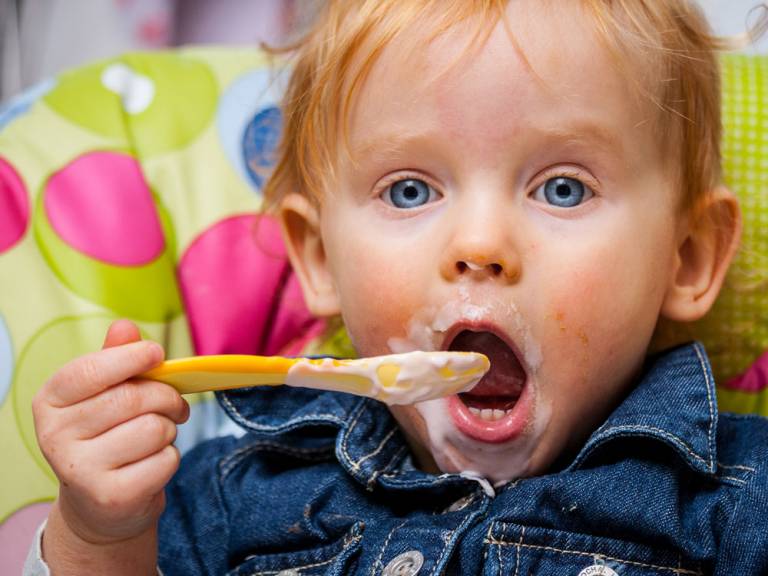 The study, published today in the British Journal of Nutrition, shows children's diets are lacking in fibre, vitamin D and iron but contain too much sodium, which could lead to serious future health problems.

Lead author of the study, Hayley Syrad (UCL Epidemiology and Health) said: "The research suggests that the current diets of young children in England are a cause for concern. We know that dietary preferences and habits are established during the first two years of life and that what we eat in early life can have an enduring impact on our health.

"Studies have identified increased protein in early life as a risk factor for obesity and high intakes of sodium are worrying because they may set taste preferences for the future, increasing the risk of raised blood pressure in later life."

Data were collected from 2236 children in 2008/9 from one of the UK's largest dietary datasets for toddlers, the Gemini twin birth cohort. Researchers found that the daily calorie intake of toddlers was 7% higher than recommended by public health nutrition guidelines. Protein intake was approximately three times higher than recommended, with almost 100% of toddlers exceeding the recommendation set by the Department of Health (DH).

At 21 months, 63% of children exceeded the Scientific Advisory Committee on Nutrition (SACN) recommended daily intake of 968 calories, consuming an average on 1035 calories. On average 40g of protein was consumed per day, but just 15g is recommended by the DH for children aged 1-3. Sodium intake was almost three times higher than the 0.5g recommended and fibre intake among many young children was 8g, half that recommended.

Almost 70% of children did not meet the recommended 6.9 micrograms of iron and average vitamin D intake was 2.3 micrograms per day, falling far short of the 7 micrograms set by the DH.

Syrad added: "Vitamin supplements were only taken by a small proportion of children and whilst intakes of vitamin D and iron were increased through supplements, only 7% of children were consuming enough vitamin D. Given the associations between inadequate vitamin D and poor health, this underlines the importance of the current government recommendations that all children aged six months to five years should take a daily supplement containing vitamin D.

"Parents need more guidance on the appropriate type amount and variety of foods and beverages, together with appropriate micronutrient supplementation in order to reduce obesity and other health problems that may affect their children."

In order to ensure the data were broadly representative of the UK at large the researchers compared the data from the Gemini cohort sample to dietary data from the National Diet and Nutrition Survey (NDNS). Similar findings were observed suggesting that the high intakes of energy, protein and sodium, and low intakes of vitamin D and iron in young children are widespread across the UK.