Music education is still not easily accessible for all children due to a number of barriers including parental concerns about career prospects and time pressures on the curriculum, according to new research from the UCL Institute of Education (IOE). 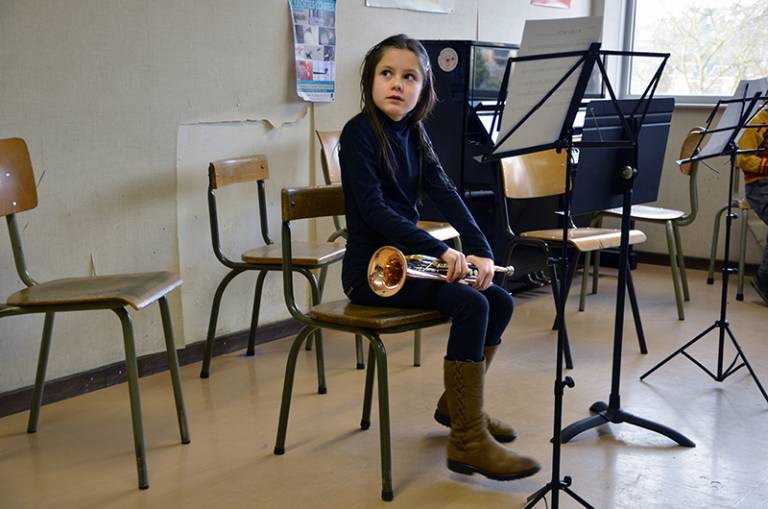 The report examined music education in three communities with diverse populations, looking at the provision by 'Music Hubs' - where groups of organisations; local authorities, schools, community and other organisations have joined together to provide music education for children in a local areas.

The current government have continued to encourage and provide funding for 'Music Hubs', with schools minister Nick Gibb recently being vocal in his support of these and declaring a commitment to ensuring that "high quality music education is not the preserve of the social elite".

Lead Researcher Dr Andrea Creech from the IOE said: "Although the view that 'music is for all' was widespread among the teachers and educators we spoke to, and the availability of music education itself was not generally an issue, there continue to be a number of persistent barriers which prevent some children and young people from accessing it. These centre around competing demands and academic aspirations, the degree to which parents and teachers place value on music education, and pressures on time and resources".

The research found that difficult choices are often made between music and other subjects or activities. Generally, it was acknowledged that music was not valued as highly as more academic subjects and therefore students were often directed to other option choices.

Families are sometimes ambivalent about the value of music in terms of supporting career pathways, and therefore do not always encourage their children to participate in music. Students also had to make difficult choices between extra-curricular music and other activities such as sport.

Children who were engaged with music at primary school were found sometimes to have struggled to continue their access to music education as they moved onto secondary school. Time pressures on the curriculum meant that some did not receive music lessons until the spring or summer term of their first year at secondary school, by which time they might find it too difficult to join established extra-curricular groups.

Limited resources, in terms of skills and instruments, plus financial constraints - both due to school funding and family background - were found to be an issue.  In more affluent families the parents can afford to buy instruments or pay for lessons for their children if the school cannot not provide them, or if the child was deemed to need or desire extra support, but for those children from lower socio-economic backgrounds this may be less of an option.

Intrapersonal barriers such as self-confidence were another obstacle; with parental encouragement as well as that of the teachers appearing to be a vital factor in this. Transport to music lessons and activities can be a problem, as can the location of these. Again, both factors were more likely to affect children from less-affluent backgrounds.

The study makes a number of recommendations on how 'Music Hubs' could work more effectively.

Senior researcher, Professor Graham Welch, said "The development of multicultural music teaching would help to make music education more appealing for all; support in overcoming barriers to participation such as providing transportation for inter-school activities and buddy systems would also help. We need to communicate the value of music education as a pathway to creative industries to parents, and also encourage partnerships between schools and musicians".

The study collected information within three local authorities - Luton, Leicester, and Slough, visiting schools, music schools, community groups and networks, and carried out face to face and telephone interviews, as well as focus groups. The report was commissioned by a consortium of three music hubs located within each of the three communities.