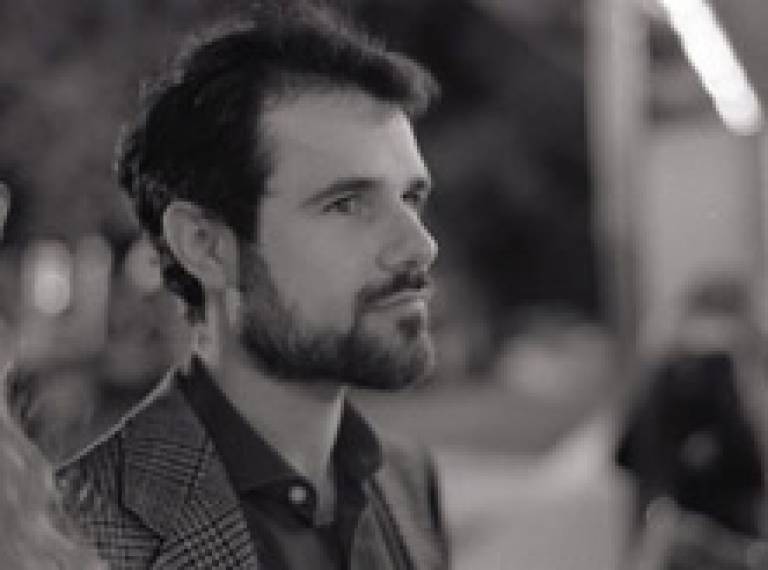 I'm the Media Relations Manager responsible for promoting research from the faculties of Medical Sciences, Brain Sciences and Population Health Sciences. I also help to handle institutional issues and take part in the on-call rota, which means that all calls to the out-of-hours press office number are directed to someone for a month. I have the dubious honour of being on call for September, which means I am blessed with occasional 6am wake-up calls from BBC London 94.9 and midnight calls from the Today programme.

Generally, my role involves reading research papers that have been accepted but not yet published in peer-reviewed journals and considering how likely it is that major news outlets will cover the research. If there is a strong chance, I speak to the authors about the study and then begin drafting a press release. I also need to find out when the article will be first published online, as this is the only date that matters for media purposes and marks the embargo. I typically need to issue a press release at least 2 days before the embargo so that journalists have the time to read the press release and paper and speak to the authors.

Once I have drafted an initial press release, I will check it with the authors and any relevant collaborators and funding bodies to make sure everyone is happy with it. This can take anything between five minutes and five weeks, depending on who's involved; government departments tend to slow things down significantly. Once a press release is signed off and sent out, I handle any media calls and pass interview requests to the authors as they come in. After the embargo lifts, I collate any media coverage that we pick up and send it on to the authors.

I've been here just over a year, having started in March 2014. My previous role was essentially the same job covering Mathematical, Physical and Life Sciences at Oxford University.

The initiative that I am most proud of is working with Biological Services to develop and maintain UCL's animal research information website, which went live last year. The idea came from a meeting with Adrian Deeny, UCL's Director of Biological Services. We wanted to create a site to explain how and why UCL researchers use animals in research along with facts and figures about animal use at UCL.

UCL is a signatory to the Concordat on Openness on Animal Research in the UK, and in developing the site I found that a genuine commitment to openness runs right to the top of the organisation. The animal research site was developed as a side-project last year and only presented to senior management when a draft sandbox site was live. Everyone was incredibly supportive and we encountered no resistance to the idea, something that I suspect would not be true at all organisations. UCL's support for openness makes me proud to work here, and also made it a lot easier to get the website signed off!

I can't really say as I'm working on press releases for various confidential manuscripts that are not yet published.

Film: I'm more into TV series, can I say Community?

This is from my favourite comedian, Stewart Lee. It's not his best joke, but his best ones aren't pre-watershed: "It's very stressful living in London. There was a rapper in London - one of these rappers that they have now, you've seen them on adverts and things - and his name was Ironik, I R O N I K was how he'd spelt it. And last November, Ironik, he went on the tweets. He was a tweeter. One Saturday last November, he twatted, which is the past tense of tweet. One Saturday last November, Ironik twatted that he'd bought a new diamond necklace, and he twatted that he was on his way to Southend to do a gig, and then he twatted that he was on his way back to London, and then he got mugged outside his house. And now Ironik understands the meaning, if not the spelling, of his name."

'It's probably not that important'.

Since 2013, I have moved between five different jobs and lived in five different places, such is the nature of temporary contracts. I even started this job on a six-month contract, although I'm delighted to say that I'm now permanent.

I'm going to be boring but honest here: my favourite place to be is at home with my fiancée, who will be my wife in a month's time.