Greenland natives - the Inuit - have mutations in genes that control how the body uses fat which provides the clearest evidence to date that human populations are adapted to particular diets according to new UCL research. 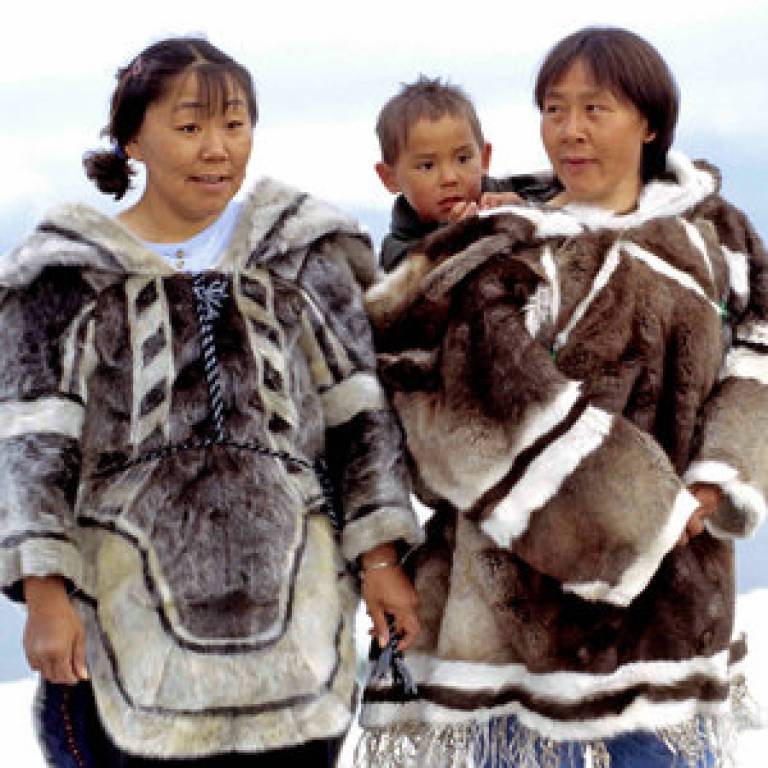 The genetic differences allow the Inuit to physically adapt to survive Arctic conditions and live healthily on a traditional diet which is rich in omega-3 polyunsaturated fatty acids from marine mammal fat.

The Inuit diet is an example of how high levels of omega-3 fatty acids can counterbalance the bad health effects of a high-fat diet. Fish oils were thought to be protective as the Inuit have a low incidence of cardiovascular disease, but having discovered their special genetic adaptations to this diet, the researchers from UCL, UC Berkeley and the University of Copenhagen say the benefits of the Inuit diet cannot be extrapolated to other populations.

Dr Pascale Gerbault (UCL Genetics, Evolution & Environment and UCL Anthropology), who co-authored the study, said: "These findings give us important clues about how our diet and the way we metabolise our food has affected and probably still affects our evolution. It suggests that our bodies differ in how they physically respond to diets depending on our genome, so what might be healthy for one person, isn't the case for another."

Published today in the journal Science, the study shows that the genetic mutations found in nearly 100 percent of the Inuit are seen in only 2 percent of Europeans and 15 percent of Han Chinese, which means they would synthesize omega-3 polyunsaturated fatty acids differently from the Inuit.

Co-first author of the study, Dr Matteo Fumagalli (UCL Genetics Institute), said: "The beneficial effects of these mutations seem to be at least 20,000 years old, and may have helped many groups of humans adapt to high-meat, high-fat, hunter-gatherer diets from large land and marine mammals rich in certain types of omega-3 and omega-6 fatty acids.

It's fascinating that Greenlanders have a unique genetic makeup that lets them better use their traditional food sources.

"We think it is a quite old selection that may have helped humans adapt to the environment during the last Ice Age, but the selection is far stronger in the Inuit than anywhere else. It's fascinating that Greenlanders have a unique genetic makeup that lets them better use their traditional food sources," he added.

The researchers found the genetic mutations in the Inuit have more widespread effects. They lower "bad" cholesterol and fasting insulin levels, presumably protecting against cardiovascular disease and diabetes. They also have a significant effect on height, because growth is in part regulated by a person's fatty acid profile, causing the Inuit's height to be reduced by two centimetres on average.

The researchers analysed the genomes of 191 Greenlanders with less than 5 percent of European ancestry and compared them to the genomes of 60 Europeans and 44 Han Chinese. They looked for mutations occurring in a large percentage of Inuit individuals but in few or no other groups, which indicates that the mutation spread throughout the Inuit because it was somehow useful to their survival while not essential in other groups.

The researchers are now investigating the functional impact of other genetic differences in the Inuit to better understand the biological mechanisms that allow them to live on a high-fat diet at cold temperatures.