Having the 'right' connections only gets you so far

Working with a highly reputable corporate leader helps managers get promoted to senior positions in the short term, but such a career boost is balanced in the longer-term as competitive job markets, including professional sports, punish those managers who initially benefited. 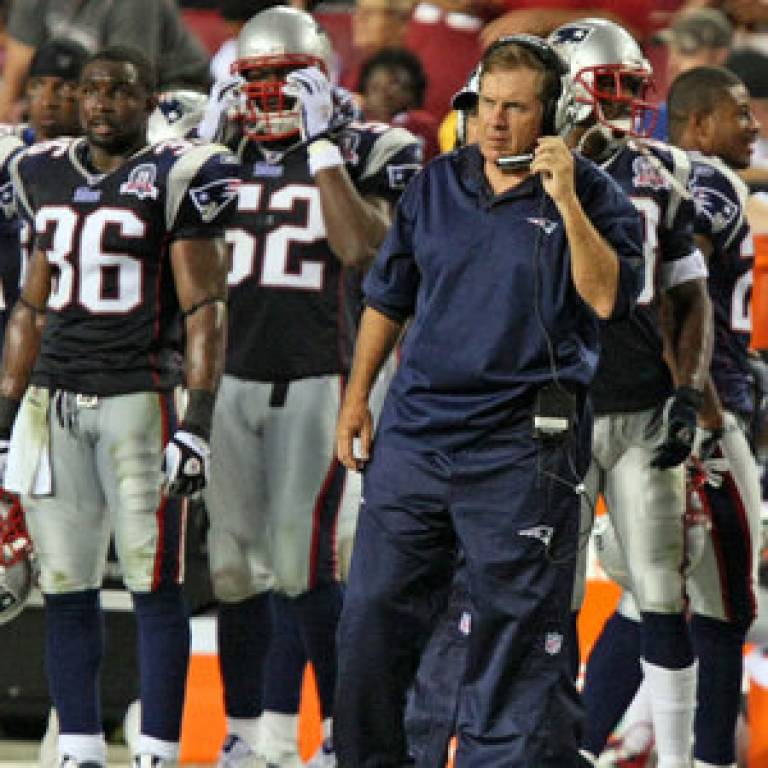 The study, published today in the Academy of Management Journal by scientists from UCL, University of Notre Dame, The Pennsylvania State University and University of Texas at Austin, looked at the positive and negative career outcomes for all coaches, from position coaches to head coaches, in the US National Football League (NFL) across a 31 year period from 1980 to 2010.

Some of the junior coaches were fortunate enough to work under football legends such as head coach of the New England Patriots, Bill Belichick, whereas others worked under head coaches whose reputations had not yet been established through Super Bowl and play-off wins.

From studying the career paths of 1,298 coaches, the scientists found that junior coaches with connections to highly reputable* head coaches are 52% more likely to receive a promotion to another team in any given year compared to those with no connections. This effect is largely restricted to job applicants about whom the labour market knows comparatively little, suggesting the high-reputation connection removes uncertainties hirers may have about the applicant's qualities and skills.

Surprisingly, even though these legendary head coaches no doubt choose their junior coaches carefully, those who have not had the benefit of working with these living legends tend to have superior career outcomes relative to the initially-advantaged junior coaches.

The effect is independent of whether the junior coach works in the same area of expertise as their highly reputable contact, as those working in different areas also benefit. This suggests promotions are solely linked to the connection and not to the potential for knowledge transfer between head coaches and their juniors.

The career outcomes of junior coaches promoted in a given year show that those with high-reputation connections fare worse in the long term than those without connections. Co-author, Professor Martin Kilduff, Chair of Organizational Behaviour at UCL School of Management, said: "Surprisingly, even though these legendary head coaches no doubt choose their junior coaches carefully, those who have not had the benefit of working with these living legends tend to have superior career outcomes relative to the initially-advantaged junior coaches."

Co-author Craig Crossland, Assistant Professor of Management in the Mendoza College of Business, University of Notre Dame, said: "People are hired by high-reputation head coaches using what seems like a rational process using a defined set of criteria but we've found these criteria aren't predictive of outcomes. The key indicators used to hire coaches initially, such as being quarterbacks in college, give that person status but don't help with promotion down the line. Being a quarterback is indicative of leadership potential but isn't linked to coaching promotions."

Professor Kilduff, added: "We're reassured that the market corrects for any injustice in giving some people a 'leg up' initially. So in this case, the rich don't get richer. In an uncertain world, people trust endorsements from legendary top managers concerning who to hire. But this effect quickly dissipates - after the initial promotions, the pattern of subsequent promotions and demotions favours those who missed out on the initial advantageous placement but who nevertheless got ahead through merit."

*where reputation is earned through exceptional organizational performance