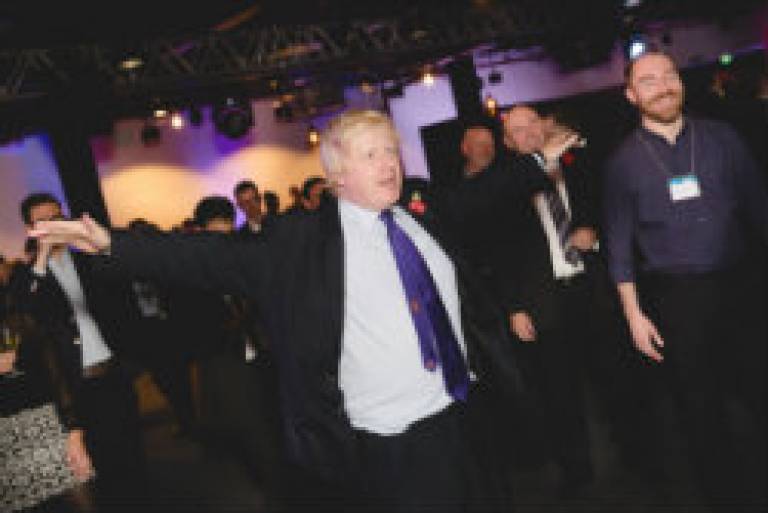 The Mayor was speaking at a special event at London's Olympic Stadium to mark the 10th Anniversary of London's successful bid to host the 2012 Olympics.

UCL East is a key part of the Mayor's 'Olympicopolis' vision for east London, which will create a world-leading culture and education quarter anticipated to generate 3,000 jobs and attract 1.5 million visitors a year to the former Olympic site.

Professor Michael Arthur, UCL President and Provost, said: 'We are excited to be working with London Legacy Development Corporation and our project partners. Building on our existing engagement with local communities, UCL East will serve as a model for the university campus of the future, by being open and dynamic and breaking the conventional barriers between research, education, innovation, public engagement and collaboration.'

The Mayor enjoyed sampling the 'Pigeon Sim' 3D flight simulation activity presented by the UCL Bartlett Centre for Advanced Spatial Analysis (CASA) and also saw stands showcasing the work of the UCL Centre for the Forensic Sciences, UCL Aerospace Engineering and the London Centre for Nanotechnology. Guests were welcomed to the Stadium with music from the UCL student brass band, DatBrass.

The event also demonstrated the work of UCL's Olympicopolis partners, including dance performances from Sadler's Wells; fashion making from University of the Arts London; museum exhibits from the Victoria and Albert Museum. Guests also saw a robotics demonstration from Here East, the technology hub at Stratford which will provide a base for the Bartlett from 2016.

The evening marked the launch of the Foundation for FutureLondon, chaired by Sir William Castell, who announced that private backers have already pledged £45 million to the delivery of the Olympicopolis project.