'Dickensian' lung disease rates on the rise in UK pensioners

The number of people diagnosed with bronchiectasis, a lung condition thought to be a 'disease of the past', has risen considerably in the past decade and now affects more than 1% of UK pensioners, finds a new study by UCL, University College London Hospitals (UCLH) NHS Foundation Trust, Imperial College London and the London School of Hygiene and Tropical Medicine. 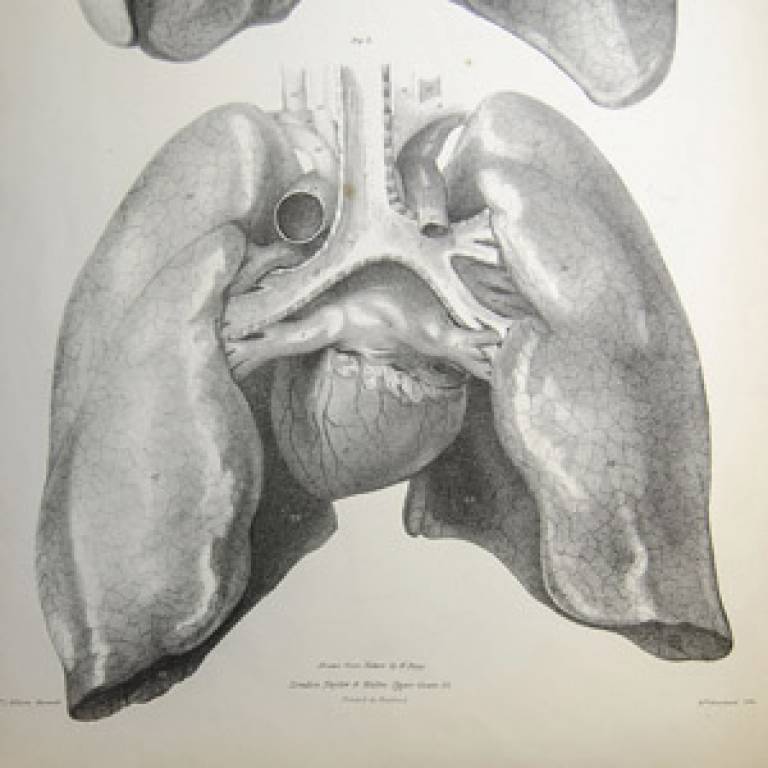 The research was funded by the Medical Research Council and National Institute for Health Research.

Bronchiectasis is a disease in which the airways taking air into the lungs are damaged. It can be caused by a previous chest infection, weaknesses of the immune system and by conditions that cause inflammation of the airways such as rheumatoid arthritis. The damaged airways are less able to clear mucus and bacteria away, causing recurrent chest infections. The patients cough up mucus and blood, and develop shortness of breath and sometimes respiratory failure. The disease is incurable and although the resulting infections can be treated with antibiotics, resistant bacteria are becoming an increasing problem.

The new research, published in the European Respiratory Journal, used anonymised GP records covering 14 million patients from across the UK to identify those with a diagnosis of bronchiectasis. The research found that bronchiectasis is surprisingly common and becoming more common, especially in older people. The disease affected approximately 0.6% of people aged 70 or over in 2004, but this increased to 1.2% in 2013. The condition was more common in women and among people with higher socio-economic status. Furthermore, the mortality rates in people with bronchiectasis were twice as high as mortality rates in the general population.

"Bronchiectasis is historically associated with untreated chest infections when antibiotics were not readily available," explains senior author Jeremy Brown, Professor of Respiratory Infection at UCL and consultant at UCLH where he runs a bronchiectasis clinic. "We found that the disease has had a resurgence in recent years, particularly among more well-off members of society. This could be partly down to improved diagnosis in these groups, but whatever the reason we need better treatment options for patients."

Data from the Health and Social Care Information Centre shows that more than 12,000 people were admitted to hospital in England during 2013/14 with bronchiectasis, most of whom were aged over 60. The study found that 42% of people with bronchiectasis also had asthma and 36% had chronic obstructive pulmonary disease (COPD). 6.9% of bronchiectasis patients also had HIV, a much higher proportion than expected.

"The high prevalence of bronchiectasis in people with asthma and COPD is an important finding," explains lead author Dr Jennifer Quint, who carried out the study while at the London School of Hygiene and Tropical Medicine and UCLH, and now works at Imperial College London. "Whether the diagnosis of bronchiectasis precedes or follows the diagnosis of asthma or COPD is important to investigate next as it may help to guide longer term management in these patients."