Being moody may help us adapt to change

It's long been known that mood biases our judgments and perceptions, but this effect has usually been regarded as irrational or disadvantageous. 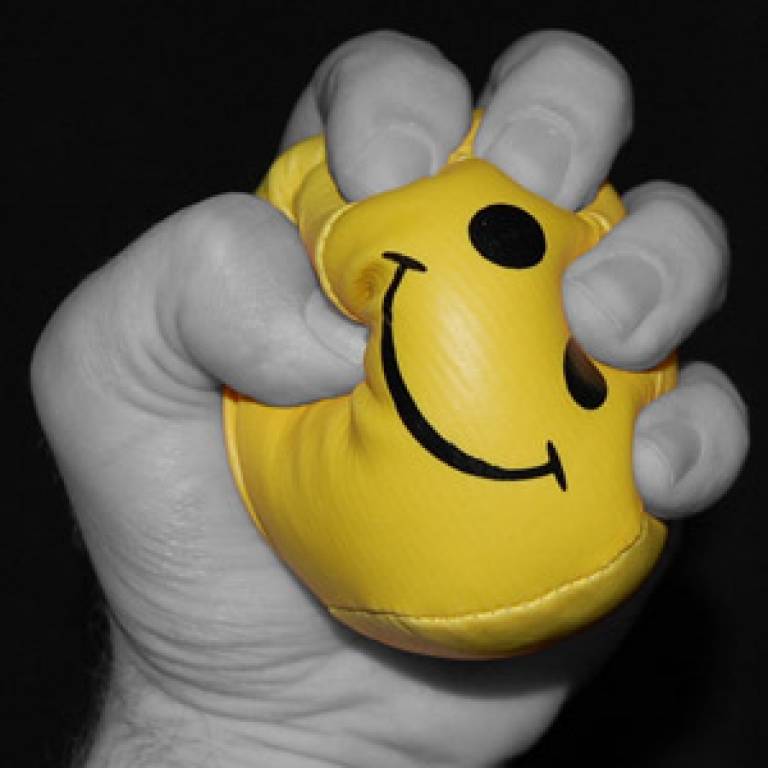 A new theory published by UCL scientists in Trends in Cognitive Sciences argues that mood draws on experiences and can, in fact, help us quickly adapt to changes in our environment.

For example, experiencing unexpected gains on the stock market should improve a trader's mood. That positive mood may then cause the trader to take more risks, essentially helping her adapt more quickly to a market that is generally on the rise.

According to the new theory, as people learn from experiences that are coloured by their mood, their expectations come to reflect not only the reward associated with each particular state (such as each stock), but also recent changes in the overall availability of reward in their environment. In this way, the existence of mood allows learning to account for the impact of general environmental factors.

"This effect of mood should be useful whenever different sources of reward are interconnected or possess an underlying momentum," says one of the study's lead authors, Dr Eran Eldar (UCL Institute of Neurology). "That may often be the case in the natural as well as in the modern world, as successes in acquiring skills, material resources, social status, and even mating partners may all affect one another."

Eldar and his colleagues note that positive or negative moods maximize their usefulness by persisting only until expectations are fully in accordance with changes in rewards. That may be why happiness eventually returns to a baseline level even following highly significant changes in circumstances, including winning the lottery.

For instance, a negative mood that persists may cause a person to perceive many subsequent outcomes as worse than they really are, leading to a downward spiral. This might turn mood into a "self-fulfilling prophecy" and lead to the onset of a depressive episode. Therefore, by defining a potential function for mood and describing the learning processes that underlie it, the new theory may lead to a better understanding of the causes of mood disorders.

"We think that this novel approach may help reveal what predisposes particular individuals to bipolar disorder and depression," Eldar says.

Because moods are ubiquitous and have significant impacts on our lives, it is likely that they have conferred a significant competitive advantage throughout the course of evolution. Being moody at times may be a small price to pay for the ability to adapt quickly when facing momentous environmental changes.