A major international randomised clinical trial has found that HIV-infected individuals have a considerably lower risk of developing AIDS or other serious illnesses if they start taking antiretroviral drugs sooner, when their CD4+ T-cell count-a key measure of immune system health-is higher, instead of waiting until the CD4+ cell count drops to lower levels. 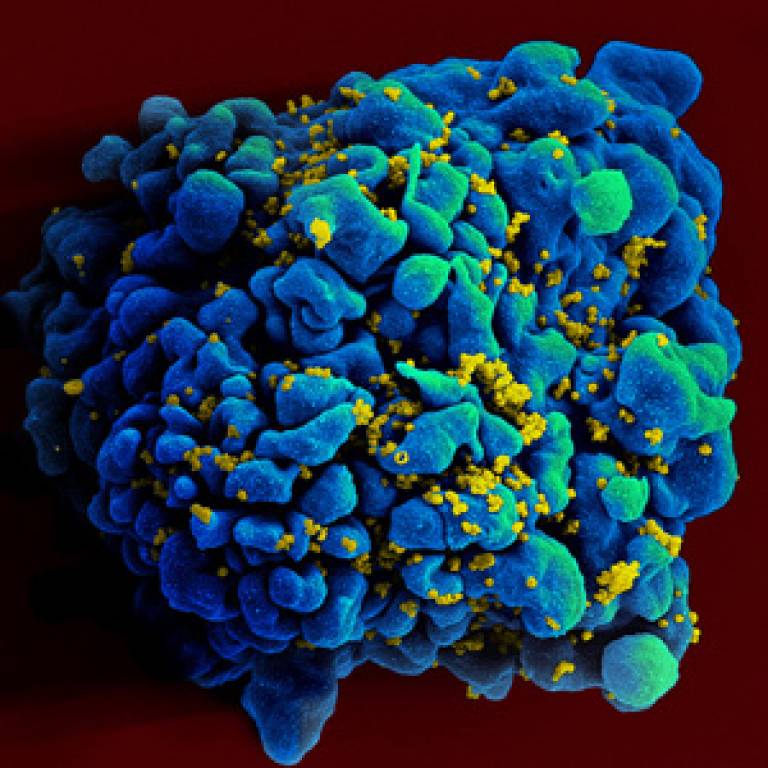 Together with data from previous studies showing that antiretroviral treatment reduced the risk of HIV transmission to uninfected sexual partners, these findings support offering treatment to everyone with HIV.

The new finding is from the Strategic Timing of AntiRetroviral Treatment (START) study, the first large-scale randomized clinical trial to establish that earlier antiretroviral treatment benefits all HIV-infected individuals.

The National Institute of Allergy and Infectious Diseases (NIAID), part of the National Institutes of Health, provided primary funding for the START trial. Though the study was expected to conclude at the end of 2016, an interim review of the study data by an independent data and safety monitoring board (DSMB) recommended that results be released early.

"We now have clear-cut proof that it is of significantly greater health benefit to an HIV-infected person to start antiretroviral therapy sooner rather than later," said NIAID Director Dr Anthony S. Fauci. "Moreover, early therapy conveys a double benefit, not only improving the health of individuals but at the same time, by lowering their viral load, reducing the risk they will transmit HIV to others. These findings have global implications for the treatment of HIV."

"This is an important milestone in HIV research," said Dr Jens Lundgren of the University of Copenhagen and one of the co-chairs of the START study. "We now have strong evidence that early treatment is beneficial to the HIV-positive person. These results support treating everyone irrespective of CD4+ T-cell count."

The START study, which opened widely in March 2011, was conducted by the International Network for Strategic Initiatives in Global HIV Trials (INSIGHT) at 215 sites in 35 countries. The trial enrolled 4,685 HIV-infected men and women ages 18 and older, with a median age of 36. Participants had never taken antiretroviral therapy and were enrolled with CD4+ cell counts in the normal range-above 500 cells per cubic millimeter (cells/mm3).

"We know from previous trials that ART reduces the risk of transmission of HIV," said Professor Ab Babiker (MRC CTU at UCL), one of the co-chairs of the START study. "The findings from START clearly demonstrate that early treatment is also of benefit to the individual. This provides a very strong rationale for offering treatment to all HIV positive individuals as soon as they are diagnosed."

The study measured a combination of outcomes that included serious AIDS events (such as AIDS-related cancer), serious non-AIDS events (major cardiovascular, renal and liver disease and cancer), and death. Based on data from March 2015, the DSMB found 41 instances of AIDS, serious non-AIDS events or death among those enrolled in the study's early treatment group compared to 86 events in the deferred treatment group. The DSMB's interim analysis found risk of developing serious illness or death was reduced by 53 percent among those in the early treatment group, compared to those in the deferred group.

"Early ART initiation has been advocated by some investigators in the past, but it is the START trial that provides strong evidence to support the strategy based not only on clinical benefit but also on lack of harm for the individual," explained Dr Alejandro Arenas-Pinto (MRC CTU at UCL and UCL Epidemiology & Health Care), trial Chief Investigator for the UK. "The discussion between patients and clinicians on when to start ART would, from now on, be evidence-based."

Prior to the START trial, there was no randomized controlled trial evidence to guide initiating treatment for individuals with higher CD4+ cell counts. Previous evidence to support early treatment among HIV-positive people with CD4+ cell counts above 350 was limited to data from non-randomized trials or observational cohort studies, and on expert opinion.

In light of the DSMB findings, study investigators are informing all participants of the interim results. Participants will be offered treatment if they are not already on antiretroviral therapy, and they will continue to be followed through 2016.

The trial was sponsored by the university of Minnesota and run through their Statistics and Data Management Centre (SDMC). The Medical Research Council Clinical Trials Unit (MRC CTU) at UCL in collaboration with the University of Copenhagen, the University of New South Wales in Sydney and the Veterans Affairs Medical Center in Washington, D.C coordinated the trial across the world.