After our spectacular performance in REF 2014, there can be no doubt of UCL's power in relationship to biomedical research and the impact of our work. 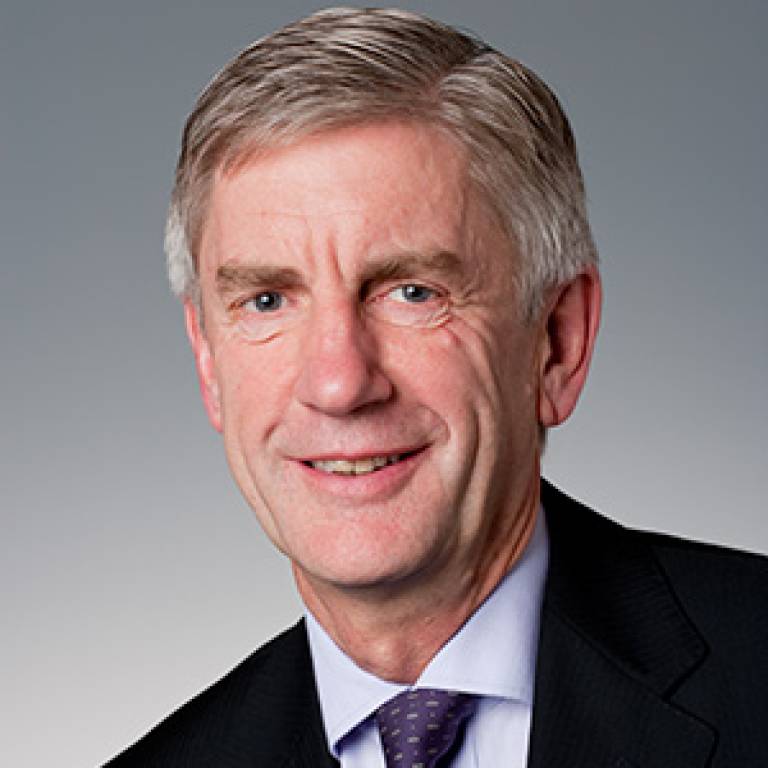 The very structure of the UCL School of Life & Medical Sciences (UCL SLMS) reflects our commitment to translating research from bench to bedside to population - a structure that facilitates the impact for which we were recognised in the REF exercise. Neither is there any doubt that impact will be an even more significant component of the next REF. Despite this apparent incentive to focus on applied research, we must continue to champion the conduct of world-class fundamental discovery science with no obvious direct application for pragmatic reasons if no other.

As the Nobel prizewinner Sydney Brenner reminded us, there are two types of science: applied science and not yet applied science - or in the words of another of Nobel Laureate, Paul Nurse, fundamental science is the seedcorn for later translation. Yet wherever they work along the translational spectrum, most of the academics in UCL SLMS would hope their work ultimately benefitted society and often specifically health, typically in the form of new diagnostic, preventative or treatment possibilities. Given that we share that common purpose, we should all be concerned about the fact that the medical innovation pathway currently takes too long, is unsustainably expensive and creates intolerable delays for patients with unmet clinical needs. If a core part of our mission as a school is to benefit health, we need to consider how we can accelerate cost-effective medical innovation and the diffusion and adoption of new treatments and approaches of true incremental benefit - that is, that improve health in a cost-effective way.

How UCL can support the drug development process

One way that UCL can contribute to this acceleration is through helping to bridge the gap between scientific discovery and development of new drugs. It is generally acknowledged that the industrial model of drug development takes too long and is too expensive, in large part because an unacceptable number of drugs in development fail and have to be discarded late in the development process. More work on precisely analysing the biological target for a potential new drug, as well as early proof-of-concept studies, can help to reduce these late failure rates. The successful conduct of this crucial early-stage research depends on close engagement with the great science to be found in universities such as ours, combined with access to skills in experimental medicine that can provide early evidence that a proposed approach works in man.

UCL's involvement in such activities is burgeoning, aided by the Translational Research Office headed by Dr David Miller, and by the greatest constellation of NIHR-funded Biomedical Research Centre experimental medicine capabilities in the UK, involving our specialist hospitals. Evidence of our success is to be found in the £2.1m Confidence in Concept awards that we have received from the Medical Research Council, as well as the novel partnerships we've struck with pharmaceutical companies. These include a relationship with Eisai in the field of neurodegenerative diseases and one with Pfizer as part of the Rare Diseases Consortium.

All this augurs well for the long term, and we already appear to be on the cusp of a number of breakthrough developments. The recently announced £30m investment from Syncona into UCL spinout Autolus Limited to support Dr Martin Pule's work on the development of a new cancer immunotherapy is one such example. Other examples include Professor Sir Mark Pepys's novel immunotherapy for systemic amyloidosis, which is being developed with GlaxoSmithKline  and the imminent clinical trial of Professor Pepys' drug CPHPC for Alzheimer's disease. The progress of UCL spin-out Canbex and its lead product VSN16R for the treatment of spasticity in multiple sclerosis (a development led by Professor David Selwood and Professor David Baker) is yet another example. Many other technologies continue to be supported by our own UCLBusiness, who actively help to partner UCL's technologies with industry and investors.

Capitalising on our research strengths - the example of Boston

So what more could we do? Here the comparisons between London and, say, Boston are informative. An analysis of research outputs (e.g. highly cited publications) from London conducted in 2012 revealed we were on a par with Boston Health Partners, whom many would regard as the leading health science consortium, but our exploitation of that science was a mere 10% of that achieved in Boston. On a recent trip with the Mayor of London to Boston and New York to promote the capital's life sciences, I was eager to learn how they achieved such success and what we might do to emulate it. There are of course financial issues, particularly access to so-called 'patient' capital, i.e. investment in the drug development process that continues for long enough to see the job through. But aside from this, UCL has a role in ensuring that our structures, culture and incentives align to make it possible to succeed. We need to regard enterprise as a key, highly legitimate focus for academic endeavour, an attitude that our outgoing Vice-Provost (Enterprise) Professor Steve Caddick, has done much to foster. It is an important step forward for UCL that enterprise is recognised increasingly through appraisal and promotional processes.

It is also essential to encourage scientists to validate (or otherwise) the potential of their discovery to lead to a new treatment as early as possible. Here, the US scene is very different: early failure is not seen as a disaster but rather as a step to future success. Our involvement in the Stevenage Bioscience Catalyst offers the opportunity for concepts to be tested in a supportive environment, surrounded by people with relevant skills. We need to develop more opportunities like this and to celebrate not only the resultant success, but also the lessons from thwarted approaches. To further advance this agenda, we are creating four therapeutic innovation networks (in small molecule, biologics, cell and gene therapy, and devices) and a diagnostic innovation network to build community interest and develop and project our collective capabilities. We also plan to showcase success (and the role models that have led such successful initiatives) in a series of Special Grand Rounds.

But there is another dimension to this debate. Attending to the science and to the early stages of translation serve to 'push' innovation, but novel drugs and technologies will not be successfully adopted unless we also attend to so called 'pull' factors that speed their adoption. It is a sobering fact that a major driver of the unsustainability of healthcare systems in financial terms is the adoption and diffusion of new technologies of marginal incremental benefit. To add to this, roughly half of all drugs for chronic diseases are not taken. The answer to these issues is of course not to stop innovating but to innovate more effectively. We need to ensure clinical need is truly understood and met by medical innovation, and that any innovation adds significant value (as judged by clinical outcomes per £ spent).

The Centre for the Advancement of Sustainable Medical Innovation, joint between UCL and the University of Oxford, was established to address these challenges. It is clear from the centre's academic work that the barriers to innovation can be distilled down to issues relating to the perception of risk and value at the level of the individual (patient, citizen), the system (e.g. the NHS) and society (including the regulatory instruments). We need to encourage an openness and receptiveness to medical innovation at all of these levels. There is a real concern that unless we address specific issues at each of these levels with a view to defining a new social contract with society, all our efforts to streamline the science, its translation and exploitation, will falter.

Lest anyone doubt this, look at the passionate response to Lord Saatchi's Medical Innovation Bill, which aimed to facilitate the innovation process, to the introduction of mitochondrial transfer techniques, and the so called 'statin wars', with siren voices warning of the over-medicalisation of society because of the high percentage of people prescribed statins in the population. The Care.data debacle illustrates how wrong things can go if we don't take society with us. Without such engagement, we will fail to exploit the power of modern science and of 'precision medicine' with its potential for more favourable efficacy, including better side-effect ratios, better adherence, preventative approaches and ultimately cost saving.

An interdisciplinary approach to change

Addressing this agenda requires skills that lie well beyond UCL SLMS, requiring disciplines such as law, ethics, economics, sociology and behavioural sciences. But here, UCL's commitment to interdisciplinarity and its Grand Challenges approach positions us well to help to redefine the social contract that will enable the full benefits of modern biomedical science to be realised.

Increasingly, as the limits of medicine are redefined, it will be those disciplines outside the conventional confines of biomedical science that contribute to healthcare advance. Being part of a world-class, multi-faculty university with a full range of disciplines positions us well to achieve the sort of impact to which those in UCL SLMS aspire. Optimising UCL's contribution to the worthy cause of addressing unmet clinical need is not just about great biomedical science but drawing on intellectual resources from across the university.