Teenagers shape each other's views on how risky a situation is

Young adolescents' judgements on how risky a situation might be are most influenced by what other teenagers think, while most other age groups are more influenced by adults' views, finds new UCL research. 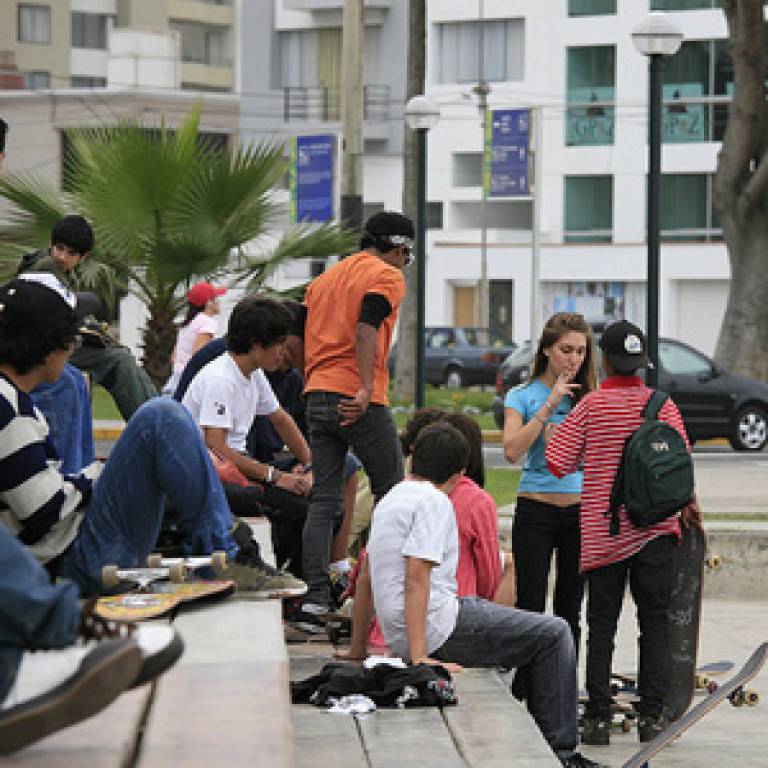 For the study, published in Psychological Science, 563 visitors to the London Science Museum were asked to rate the riskiness of everyday situations such as crossing a road on a red light or taking a shortcut through a dark alley. Ratings were given on a continuous scale from low to high risk, and children (aged 8-11) generally rated situations as more risky than all other age groups.

Participants were then told how other people, either teenagers or adults, had rated the same situations, before being asked to rate each situation again. These risk levels from 'adults' or 'teenagers' were in fact randomly generated.

The results showed that all age groups were socially influenced and changed their risk ratings in the direction of other people's, but this social influence effect decreased with age. Most age groups adjusted their ratings more to conform to the ratings of adults than those of teenagers, except for young adolescents (aged 12-14).

"Young adolescents were more strongly influenced by other teenagers than by adults, suggesting that in early adolescence the opinions of other teenagers about risk matter more than the opinions of adults," explains lead author Dr Lisa Knoll (UCL Institute of Cognitive Neuroscience). "Our findings suggest that the target of public health interventions should be adolescent social norms, rather than simply focusing on the potential health risks associated with certain situations and choices."

Other teenagers' opinions about risk seem to influence young adolescents into judging a situation as less risky than they originally thought it was.

Risk ratings were given on a continuous low-high scale without numbers, however they were converted onto a 0-10 scale for the analysis. On average, the first ratings given by each age group were as follows:

After seeing a randomly-generated 'adult' or 'teenager' rating on screen, the average change in participants' risk ratings was dependent on their age group. Illustrative examples of the average changes in risk are given below:

"As people get older, they become more confident in their own judgement of risk and less swayed by other people," says senior author Professor Sarah-Jayne Blakemore (UCL Institute of Cognitive Neuroscience). "We know that adolescents are more likely to take risks when with peers than alone. Our study showed that young adolescents do not perceive situations as less risky than older age groups, but do tend to change their risk perception in the direction of the opinions of similar aged peers. So other teenagers' opinions about risk seem to influence young adolescents into judging a situation as less risky than they originally thought it was."