'Strange Creatures: The art of unknown animals' is a new exhibition at the Grant Museum of Zoology at UCL. 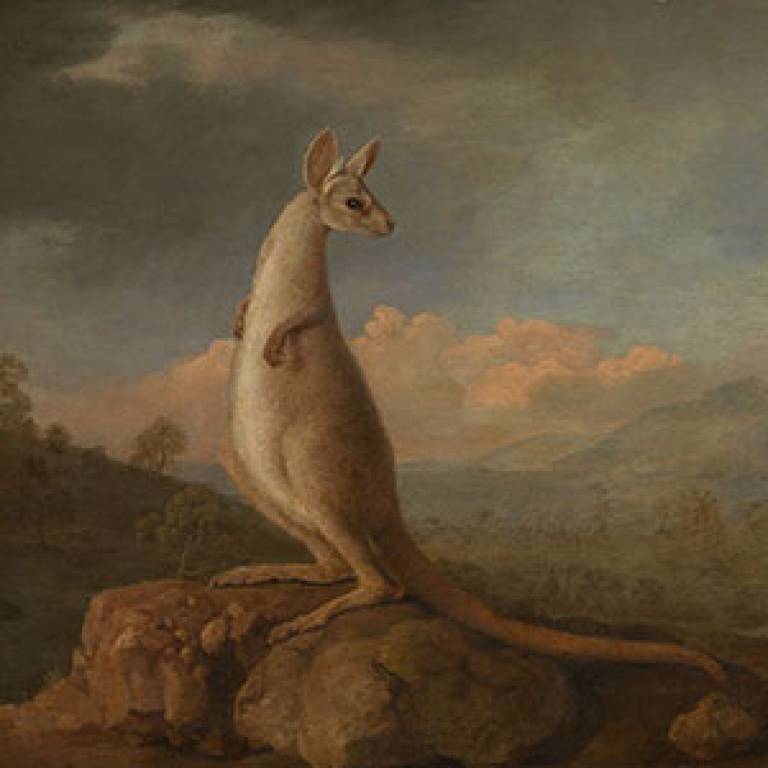 By examining the world of animal representations, the exhibition explores how imagery has been used to bring newly discovered animals into the public eye.

From the earliest days of exploration, visual depictions in artworks, books, the media and even toys have been essential in representing exotic creatures that are alien to people at home. With displays created by palaeontologists, historians of science, exploration and art at UCL, this cross-discipline exhibition creates a diverse exploration of animal representation set amongst the museum's permanent displays.

Strange Creatures centres upon George Stubbs' painting of a kangaroo, which was created following Captain Cook's first Pacific "Voyage of Discovery" and is Europe's first painting of an Australian animal. Having recently been saved for the nation, this exhibition offers a chance to see the artwork among other animal portrayals from the time of their earliest European encounters.

Many of the artworks on display were created by people who had never seen these animals in the flesh - including a sixteenth century copy of Dürer's famous armoured rhinoceros, medieval accounts of exotic creatures, fake "dragon" specimens created from dried fish by sailors, contemporary knitted craft taxidermy and twenty-first century reconstructions of dinosaurs.Together they explore how unknown animals are communicated to the wider public.

Commenting on the animal representations Dr Chiara Ambrosio (UCL Science & Technology Studies), one of the ten researchers who contributed to the exhibition, says: "Sometimes they were created from explorers' written descriptions; while other artists copied existing drawings but added their own interpretations of those descriptions. It is fascinating to see a change in entire worldviews reflected in the way particular images changed over time".

"It's not only historic artworks which mis-portrayed these amazing species," says Grant Museum Manager Jack Ashby, who curated Strange Creatures, "but we also see it in the practice of taxidermy, where skins were shipped back to Europe and fleshed-out to recreate the animal based on a few notes. It's also true of modern dinosaur toys, which have been copying outdated images of fossil species for over a century."

"It's been such a fascinating exhibition to pull together - being able to work with a group of historians, artists and scientists from such a diverse set of disciplines has allowed us to tell so many stories about the topic of animal representations. It's also very exciting to see these incredible objects, like Stubbs' kangaroo, and Captain Cook's handwritten voyage accounts, displayed alongside the Grant Museum's animal specimens."

'Strange Creatures: The art of unknown animals' runs from 16th March to 27th June 2015. The Grant Museum of Zoology is open from 1-5pm Monday to Saturday (but closes for a few days around Easter). Admission is free and there is no need to book.

A programme of free events accompanies the exhibition, from drawing classes, open mic nights with performances from animal researchers, tours and Museum Lates to a screening of Skippy the Bush Kangaroo and a Knit-a-thon.