New UCL-led research reveals the positive and negative effects of different types of cannabis on the human brain, in a trial broadcast on Channel 4: Drugs Live: Cannabis on Trial. 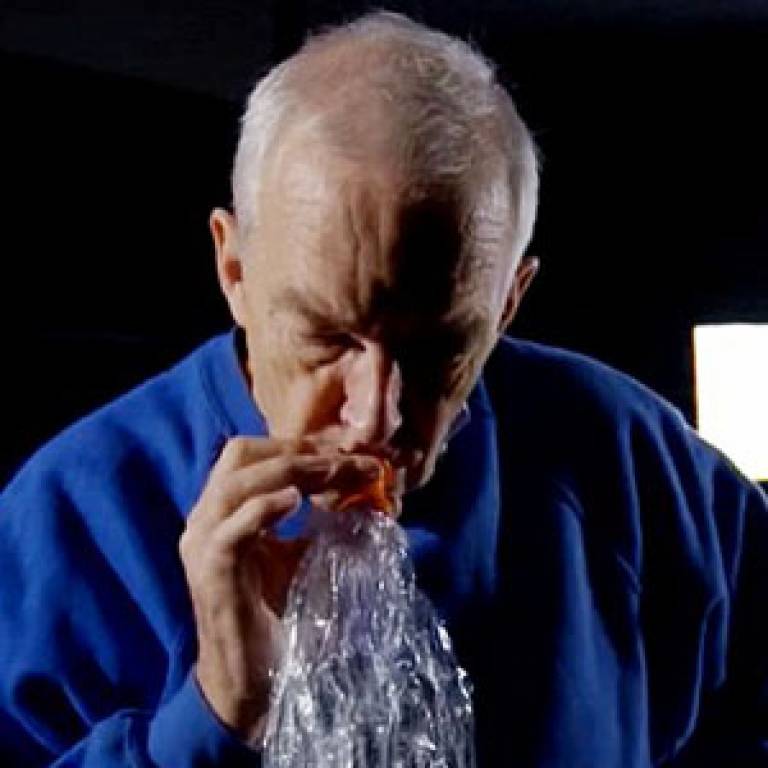 "Our cannabis research over the last six years has highlighted how different types of cannabis can have different effects," explains Professor Val Curran, Director of the UCL Clinical Psychopharmacology Unit, who led the study. "The cannabis plant contains around 100 unique ingredients called 'cannabinoids'. The two most prominent of these are THC (tetrahydrocannabinol) and CBD (cannabidiol). THC is the stuff that makes you stoned. Our previous research suggests that CBD may be a kind of antidote to some of the harmful effects of THC."

In the study, the team compared the effects of two different types of cannabis. One type has high levels of THC (~13%) but virtually no CBD and is often referred to as 'skunk'. The other type, sometimes called 'hash', generally has a lower level of THC (~6.5%) and substantial amounts of CBD (~8%).

Both types of cannabis were found to significantly increase brain activity when people were listening to music that they enjoyed. People's desire to listen to music rose 55% on cannabis compared with placebo. Cannabis also made participants twice as likely to report hearing voices in random white noise, with 94% participants on cannabis hearing speech compared with 47% of participants on placebo. Cannabis significantly impaired memory, tested by asking people to listen to and repeat short passages.

People use cannabis for different reasons, but many of the effects that people enjoy are still present in low-potency varieties without some of the harms associated with the high-potency varieties.

The high-potency cannabis impaired connectivity in the brain's salience network, which helps to focus different parts of the brain on important tasks. This network is thought to underpin the motivation to turn ideas into action and get things done. These changes may explain why people on high-potency cannabis also performed worse in a test of motivation, which asked them to choose whether put in more effort for greater rewards.

"We confirmed that CBD helps to counteract some of the negative effects of THC, and for many participants led to a more pleasant experience," says Professor Curran. "People use cannabis for different reasons, but many of the effects that people enjoy are still present in low-potency varieties without some of the harms associated with the high-potency varieties such as skunk. In the UK, 80% of the cannabis sold nowadays is skunk, making it hard for people to access cannabis with a THC-CBD balance.

"The increasing market dominance of skunk over the last decade has occurred alongside an increase in the numbers of people seeking treatment for cannabis addiction. About 10% of cannabis users now fit clinical criteria for addiction to the drug. We are concerned that skunk may be significantly more addictive than other forms of cannabis and that it might provoke greater paranoid episodes and memory loss."

The study forms part of an ongoing research program into the effects of drugs on human cognition, emotion and behaviour at the UCL Clinical Psychopharmacology Unit (CPU), funded primarily by the MRC with additional support from Drug Science and the Beckley Foundation.