How you feel pain is affected by where sources of pain are in relation to each other, and so crossing your fingers can change what you feel on a single finger, finds new UCL research. 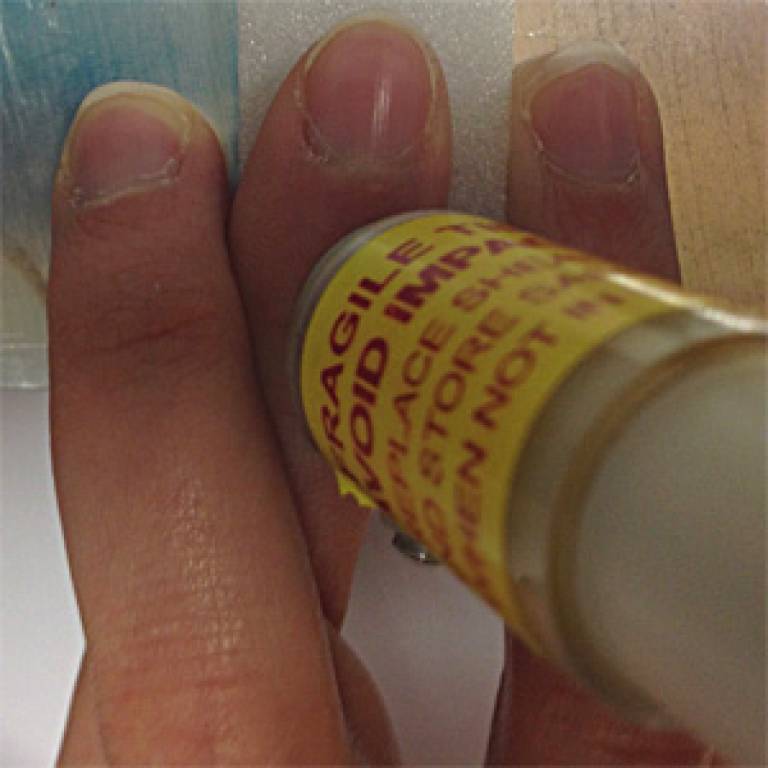 The research, published in Current Biology, used a variation on an established pain experiment, known as the "thermal grill illusion". In the thermal grill illusion, a pattern of warm-cold-warm temperatures applied to the index, middle and ring finger respectively causes a paradoxical, sometimes painful, sensation of burning heat on the middle finger - even though this finger is actually presented with a cold stimulus.

"The thermal grill is a useful component in our scientific understanding of pain," says Angela Marotta (UCL Institute of Cognitive Neuroscience), co-lead author in the research, "It uses a precisely-controlled stimulus to activate the brain's pain systems. This can certainly feel painful, but doesn't actually involve any tissue damage."

The thermal grill produces burning heat sensations because of a three-way interaction between the nerve pathways that tell the brain about warmth, cold and pain. The warm temperature on the ring and index fingers blocks the brain activity that would normally be driven by the cold temperature on the middle finger.

"Cold normally inhibits pain, so inhibiting the input from the cold stimulus produces an increase in pain signals," explains co-lead author Dr Elisa Ferrè (UCL Institute of Cognitive Neuroscience). "It's like two minuses making a plus."

Our research is basic laboratory science, but it raises the interesting possibility that pain levels could be manipulated by applying additional stimuli, and by moving one part of the body relative to others.

"Interactions like these may contribute to the astonishing variability of pain," says senior author Professor Patrick Haggard (UCL Institute of Cognitive Neuroscience). "Many people suffer from chronic pain, and the level of pain experienced can be higher than would be expected from actual tissue damage. Our research is basic laboratory science, but it raises the interesting possibility that pain levels could be manipulated by applying additional stimuli, and by moving one part of the body relative to others. Changing the spatial pattern of interacting inputs could have an effect on the brain pathways that underlie pain perception."