The threat to human health from climate change is so great that it could undermine the last fifty years of gains in development and global health, according to a major new UCL-led Commission, published in The Lancet. 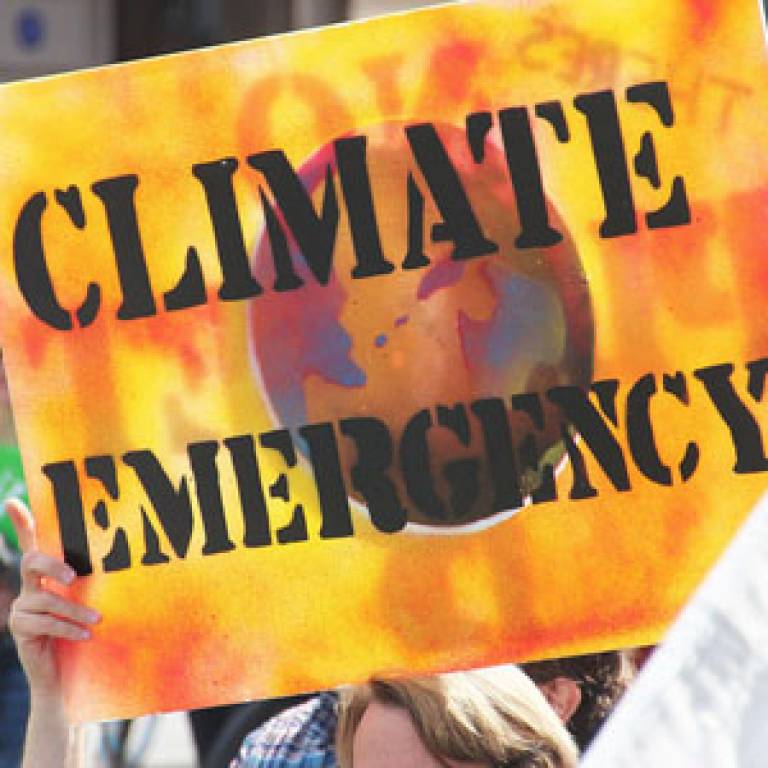 However, the report provides comprehensive new evidence showing that because responses to mitigate and adapt to climate change have direct and indirect health benefits - from reducing air pollution to improving diet - concerted global efforts to tackle climate change actually represent one of the greatest opportunities to improve global health this century.

The potentially catastrophic risk to human health posed by climate change has been underestimated, say the authors, and while the technologies and finance required to address the problem can be made available, global political will to implement them is lacking.

According to Commission co-Chair Professor Anthony Costello, Director of the UCL Institute for Global Health, "Climate change has the potential to reverse the health gains from economic development that have been made in recent decades - not just through the direct effects on health from a changing and more unstable climate, but through indirect means such as increased migration and reduced social stability. However, our analysis clearly shows that by tackling climate change, we can also benefit health, and tackling climate change if fact represents one of the greatest opportunities to benefit human health for generations to come."

"Climate change is a medical emergency," says Commission co-Chair Professor Hugh Montgomery, director of the UCL Institute for Human Health and Performance. "It thus demands an emergency response, using the technologies available right now. Under such circumstances, no doctor would consider a series of annual case discussions and aspirations adequate, yet this is exactly how the global response to climate change is proceeding."

There are numerous ways in which action on climate change brings immediate health gains - burning fewer fossil fuels reduces respiratory diseases, and active transport (walking and cycling) cut pollution and road traffic accidents, and reduces rates of obesity, diabetes, coronary heart disease and stroke. There are also health benefits from changes to diet which might arise from a concerted effort to tackle climate change, such as eating less red meat.

The commission concludes that a strong international consensus is essential to move the world to a global low-carbon economy, harnessing a crucial opportunity to protect human health, particularly of the poorest and most vulnerable populations, who stand to be hardest hit by the effects of climate change.

Commission co-Chair Professor Peng Gong, from Tsinghua University, Beijing, China, says "The health community has responded to many grave threats to health in the past. It took on entrenched interests such as the tobacco industry, and led the fight against HIV/AIDS. Now is the time for us to lead the way in responding to another great threat to human and environmental health of our generation."

In addition to presenting a detailed analysis of the impact of climate change on human health and wider social and economic structures, the report also provides a clear set of recommendations for policy makers to enable an effective response to climate change that protects and promote human health.

As a result of the Commission's work, the authors propose the formation of a new global independent body on climate change and health ('Countdown to 2030: Climate Change and Health Action'). This global coalition will monitor and report every two years on the health impacts of climate change, progress in mitigation policies and their interaction with health, and progress with broader actions to reduce population vulnerability, to build climate resilience, and to implement low carbon, sustainable health systems.