An ambitious policy package is essential for the UK to transform its energy system to achieve the deep reductions in carbon emissions required to avoid dangerous climate change, according to research led by UCL scientists. 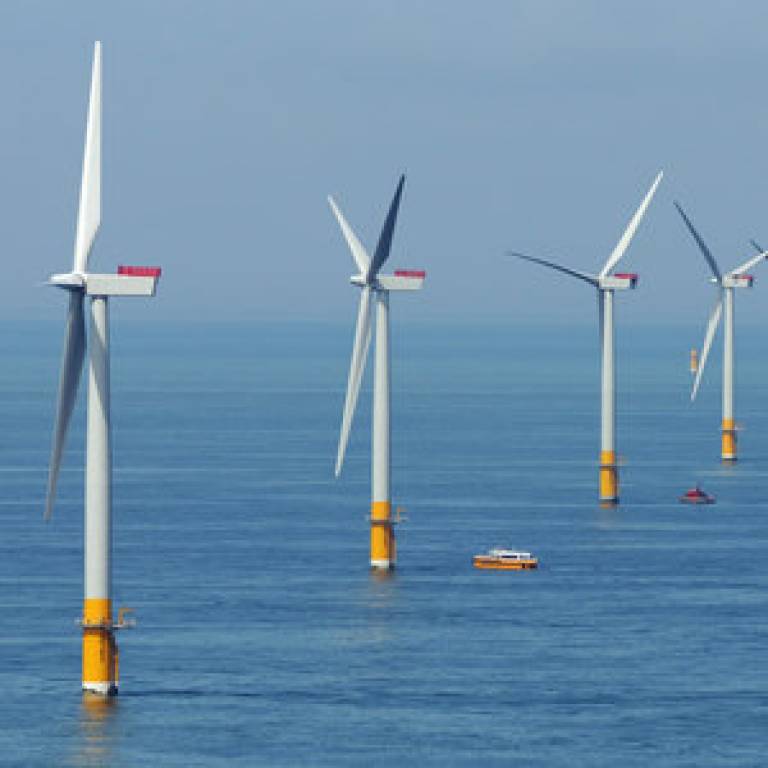 To meet climate targets set for 2050, policies need to ensure strong action is taken now, while preparing for fundamental changes in how energy is provided and used in the long term.

The study is part of the Deep Decarbonization Pathway Project (DDPP) which is coordinated by the Institute for Sustainable Development and International Relations (IDDRI) and the Sustainable Development Solutions Network (SDSN) set by the United Nations Secretary General. It analysed possible pathways the UK could take to decarbonise its energy system with the aim of limiting global warming to the internationally agreed 2 degrees Celsius target by 2050.

The findings will feed into the final DDPP report which includes research from 16 countries that account for 75% of global greenhouse gas emissions and is scheduled for publication in September 2015.

Published today by IDDRI and SDSN, the study shows how the UK can meet its targets through multiple pathways, with key findings being:

The scientists behind the study say a stronger and more ambitious policy package than currently exists is required to transform the UK energy system, emphasising that consistency is needed across all energy-related policies and adequate policy timeframes are set to provide certainty for investors. They recommend decisions on airport infrastructure and new fossil resource extraction must consider long term carbon targets, calling into question large-scale expansion, and that cost-effective low carbon technologies such as onshore wind continue to be strongly promoted.

With­out a sustained and strong policy push that increases year on year in ambition, the delivery of low carbon technologies at the necessary scale will not be achieved.

Report lead author, Mr Steve Pye, UCL Energy Institute, said: "With­out a sustained and strong policy push that increases year on year in ambition, the delivery of low carbon technologies at the necessary scale will not be achieved. Carbon emissions need to halve by 2030 to 4 tCO2/capita, and reduce to less than 1 tCO2/capita by 2050. For this, the UK needs policies now that realise the full low cost energy efficiency potential in buildings, ensure the rapid deployment of low carbon generation technologies such as CCS, and prepare for the roll-out of low emissions vehicles in the transport sector and alternative, non-gas based heating systems for homes."

The modelling used to explore different pathways shows that a move to low carbon energy sources requires a strong reduction in the supply of conventional fossil fuels, particularly in oil used for transport and gas used for heating buildings. In the long term, the continued use of gas in electricity and other industries will be strongly dependent on the availability of CCS.

Co-author Professor Neil Strachan, UCL Energy Institute, said: "We've set out feasible pathways that can be taken now, over the next 15 years and in the long term up until 2050 which will help the UK make significant reductions in emissions needed to avoid dangerous climate change. The UK is in a position to play a strong role in international engagement on reducing carbon emissions by cooperating on developing low-carbon technologies and setting an example to other countries by implementing ambitious policies that direct towards a low carbon future."

Mr Pye, added: "Despite the 2050 target already being challenging, the UK may need to be even more ambitious with actions taken prior to 2050, as evidence shows that a net zero emissions global energy system is likely to be required by the 2070s to limit global warming. Both near and long-term investments need to take into account the transition required after 2050."

Teresa Ribera, Director of IDDRI, said: "The UCL team did a fantastic job. Their study on decarbonization pathways for the UK is the first on a long series of DDPP country reports. These reports which were done by recognized experts in each country with a common and transparent methodology show that each country has its own pathways but that decarbonization is feasible in each context and that it is compatible with development and economic growth. Five months before the Paris Climate conference, this is really inspiring."