A landmark study that has been following a group of people since their birth in the same week in March 1946 is now turning its focus to the risk factors and early signs of dementia. 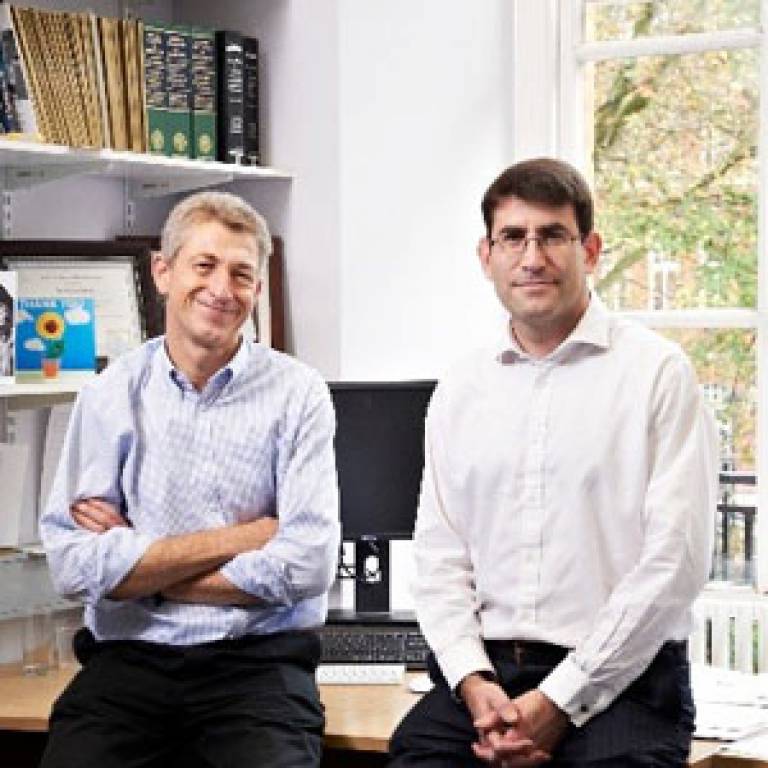 A multi-disciplinary team of researchers led by Dr Jonathan Schott and Professor Nick Fox at the Dementia Research Centre, UCL Institute of Neurology and Professor Marcus Richards at the MRC Unit for Lifelong Health and Ageing at UCL is studying 500 members of the unique MRC National Survey of Health and Development as volunteers approach their 70th birthday, to gain crucial insight into Alzheimer's and other dementias.

The new research has been made possible by a £5m funding boost from Alzheimer's Research UK, Iceland Foods Charitable Foundation, the Medical Research Council (MRC) Dementias Platform UK and the Wolfson Foundation.

The MRC National Survey of Health and Development initially tracked 5,362 people since their birth in 1946, and 2,800 remain under active follow-up. Originally set up to explore the impact of maternity care on child health and development after World War Two, the unique cohort has contributed to almost seven decades of pioneering research shedding light on infant development, educational attainment and cognitive function in midlife.

By combining sophisticated brain scanning techniques with sensitive memory testing we hope to gain insights into the brain changes occurring as part of healthy ageing and how these differ from very early Alzheimer's disease.

As volunteers now approach later life, the UCL team is using multi-modal MRI and amyloid PET brain scanning along with a wide array of cognitive and neurological tests to gain a window into what's happening in the brains of 500 of the volunteers as they age. The study hopes to shed more light on how lifetime experiences interact with genetics to determine an individual's risk for developing for dementia as well as looking for some of the earliest signs of diseases like Alzheimer's - the most common cause of dementia. This in turn will inform how best to design clinical trials of therapies aiming to prevent the onset of cognitive decline in at risk individuals

Dr Jonathan Schott (UCL Institute of Neurology) will co-lead the study alongside a team of doctors, geneticists, statisticians, psychologists and brain imaging experts. He said:

"Dementia is one of the largest health challenges that our generation faces but there is still a lot left to understand about how diseases like Alzheimer's develop in the early stages and what events during a person's life may contribute to their risk of dementia. There are frustratingly few options available to help people with dementia, but by understanding the early stages of Alzheimer's and other dementias and what may be triggering these changes, we stand the best chance of making progress.

"By combining sophisticated brain scanning techniques with sensitive memory testing we hope to gain insights into the brain changes occurring as part of healthy ageing and how these differ from very early Alzheimer's disease. Using the decades of detailed medical and life history from these 500 individuals we hope to learn more about how health, environmental factors and genetics combine to impact on an individual's risk of developing dementia. There is so much potential to uncover key early changes in the brain in these diseases that could make a huge difference to clinical trials, allowing us to test potential new treatments on the right people at the right time to see what really works."

The first volunteers have begun to have their first brain scans as part of the study and will also provide blood, urine and DNA samples. This will allow the research team to look for signatures in blood and urine that could provide early indicators of Alzheimer's and other dementias, as well as making these samples available for analysis by other research teams looking to develop innovative ways to detect these diseases at a very early stage. The current funding will allow the team to follow the volunteers for two years but the team already hopes to expand their work to map the genetics of individuals as well as continuing to monitor them for many years to build a complete picture of their health and brain function in later life.

"Results from this cohort study have already given us a wealth of information about how early life affects adult physical and mental health and wellbeing. Now as study members enter old age, there is a precious opportunity to understand how biological, psychological and social factors across life may hasten or slow conditions like dementia. It's the extraordinary commitment of our study members that makes this all possible."

Dr Eric Karran, Director of Research at Alzheimer's Research UK, which has committed £3m towards the project, including funding from the Iceland Foods Charitable Foundation, said:

"These kinds of longitudinal studies are incredibly expensive and almost impossible to start from scratch, so this is a once-in-a-lifetime opportunity to gain insights into dementia from the world's longest running birth cohort study. As all the volunteers were born in the same week, the effects of age are perfectly controlled for, and other risk factors for dementia are easier to tease apart. This study also has the potential to reveal the earliest changes in Alzheimer's that could change how we can approach testing new treatments for the disease. We're incredibly grateful to the volunteers for the huge contribution they continue to give to research through their lives."