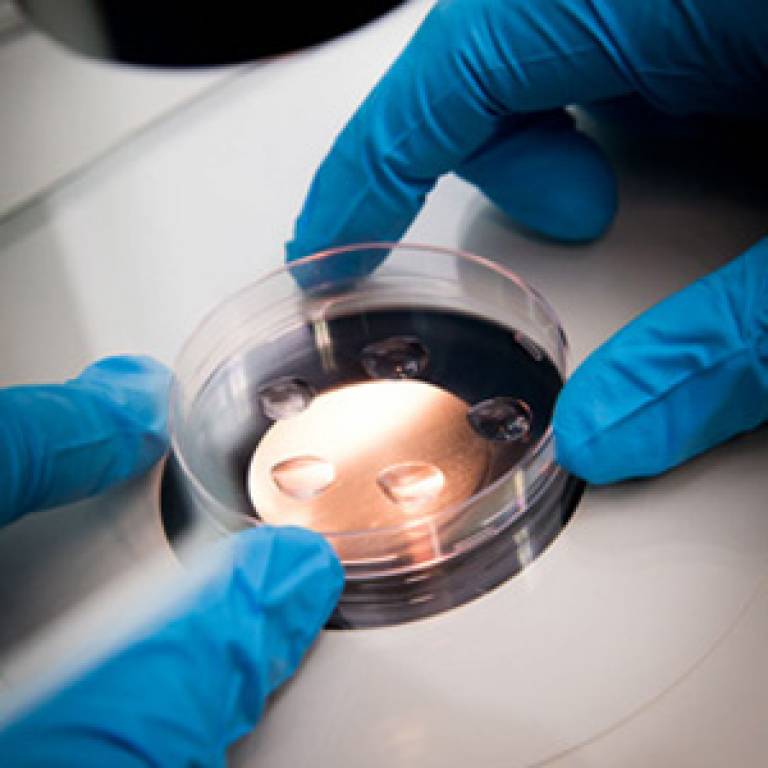 The Drug Discovery Institutes will see 90 new research scientists employed in state-of-the-art facilities to fast-track the development of new treatments for Alzheimer's disease and other dementias.

Dementia affects over 830,000 people in the UK and costs the UK economy £23bn a year. Increasing political focus on improving the outlook for people with dementia in recent years has led to small increases in research funding, but there remains a desperate lack of effective treatments for those with the condition. It has been 12 years since the last treatment for dementia was licensed in the UK and while current treatments help with symptoms, they are only modestly effective and not suitable for all dementias. At the G8 Dementia Summit one year ago, health leaders from across the world pledged a research ambition for a disease-modifying therapy for dementia by 2025.

Alzheimer's Research UK's Drug Discovery Alliance will make a major contribution to delivering this ambition - a network of Drug Discovery Institutes dedicated to early stage drug discovery. Each Institute will be led by a Chief Scientific Officer working in tandem with some of the UK's leading academic researchers based at each of the three universities and Alzheimer's Research UK's own in-house research leaders. New ideas and breakthroughs from academic research teams in each university, and beyond, will be driven straight into the hands of dedicated biology and chemistry teams in each Institute, expert in designing and developing potential new medicines.

The UCL Drug Discovery Institute, embedded within UCL's multi-Faculty campus in the heart of London, will unite world-class dementia researchers with drug discovery experts. The University has strong clinical partnerships with the NHS and state-of-the-art infrastructure to support this pioneering initiative.

Prof Giampietro Schiavo, co-Lead Academic Scientist at the UCL Drug Discovery Institute, said: "Although our understanding of dementia has increased considerably in the past decade, this has yet to yield commensurate benefits for patients. By bridging the vital gap between basic research and treatments for patients, the Drug Discovery Institutes should help us to change this. Harnessing the considerable expertise in dementia and drug discovery across UCL and throughout the partnership, we hope to identify promising drugs that could make a real difference to patients' lives."

Prof Alan Thompson, Dean of UCL Faculty of Brain Sciences, said: "The Drug Discovery Institute will complement other key initiatives at UCL that are essential to the delivery of new treatments for patients with Alzheimer's disease, including the recently opened Leonard Wolfson Experimental Neurology Centre. It will form part of a wider commitment by UCL and NHS partners to bring together multi-disciplinary expertise in dementia research, care and education to rise to the Dementia Challenge."

With one dementia researcher for every six working on cancer, attracting new expertise to tackle the growing global health problem is crucial. Over the next five years, the Drug Discovery Institutes aim to attract around 90 world-class researchers into dementia drug discovery, who will be equipped with the latest technology and infrastructure through the hosting universities.

Dr Eric Karran, Director of Research at Alzheimer's Research UK, said: "Academic research is a goldmine of knowledge about diseases such as Alzheimer's, and by tapping into the innovation, creativity, ideas and flexibility of scientists in these universities, we can re-energise the search for new dementia treatments. Working in universities and hospitals alongside people affected by dementia and their families, academic researchers are best placed to take research breakthroughs and progress them into real world benefits for the people that so desperately need them

"The Drug Discovery Alliance is one of the first of its kind for dementia research in the world. We're providing the investment and infrastructure that is needed to maintain and grow a healthy pipeline of potential new treatments to take forward into clinical testing. It's only by boosting the number of promising leads to follow-up, that we'll have the best chance of developing pioneering medicines that can change the outlook of this devastating condition."

The Drug Discovery Alliance builds on the experiences of similar initiatives driven by cancer charities over the last two decades, which are now starting to deliver effective new treatments to patients.