Researchers from the Medical Research Council Clinical Trials Unit (MRC CTU) at UCL and Public Health England have presented results at a conference in Seattle, Washington, indicating that pre-exposure prophylaxis (PrEP) is highly protective against HIV for gay and other men who have sex with men in England. 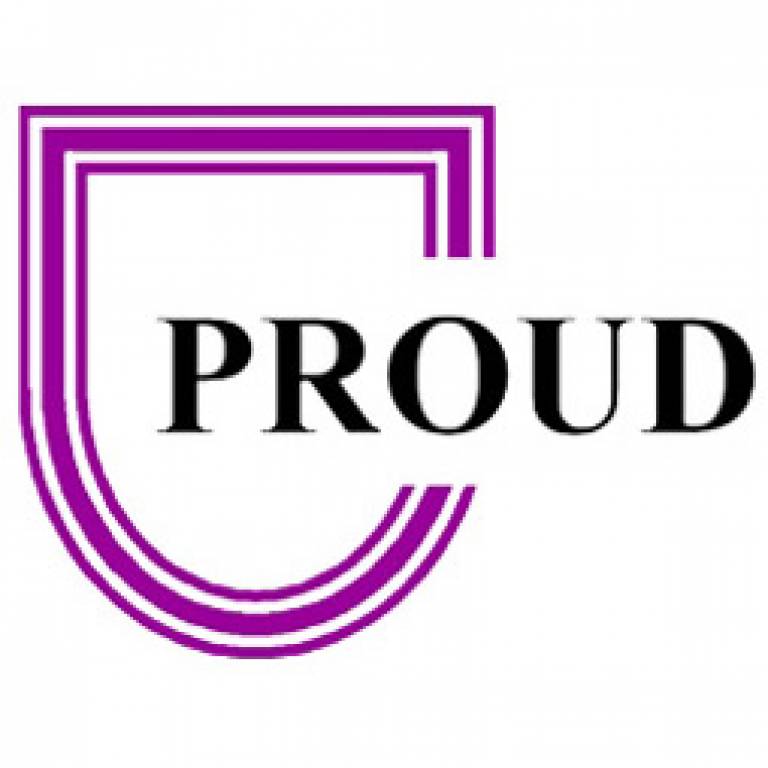 The PROUD study (Pre-exposure Option for reducing HIV in the UK: immediate or Deferred), led by the MRC CTU at UCL and Public Health England in partnership with 12 NHS trusts in England, looked at whether offering daily HIV Pre-Exposure Prophylaxis (PrEP) to men who have sex with men (MSM) was a reliable way to prevent them from becoming infected if exposed to the virus. The results released at the Conference on Retroviruses and Opportunistic Infections (CROI) held this week indicate that PrEP is highly protective for this group, reducing the risk of infection by 86%.

The results will be submitted to a peer reviewed journal this April.

The researchers highlighted that MSM who took part in the trial were at very high risk of HIV and that PrEP is highly effective in a real world setting. The sexual health research clinics that took part in the PROUD study were able to integrate PrEP into their routine HIV risk reduction package with ease. Participants incorporated PrEP into existing risk reduction strategies, which included condom use. There was no difference in the number of men diagnosed with other STIs between those on PrEP and those not on PrEP.

The researchers concluded that PrEP offers a major new opportunity to curb newly acquired HIV infections in MSM in the UK, of which there were an estimated 2,800 in 2013.

These results are extremely exciting and show PrEP is highly effective at preventing HIV infection in the real world.

The drug used in the trial, the anti-retroviral Truvada usually used to treat HIV, was already known to reduce the incidence of HIV infection in placebo controlled trials. The PROUD study was designed to see if the same effect would be found in a real world situation where participants knew they were taking an active drug. It aimed to address outstanding questions such as whether taking PrEP would change sexual risk behaviour - for example increasing the number of partners they did not use condoms with and increasing the rate of other sexually transmitted infections (STIs) - and whether or not it would be cost-effective to make it available on the NHS.

In October of last year, the PROUD Trial Steering Committee announced that participants currently in the deferred group, who had not yet started PrEP, should be offered PrEP ahead of schedule. This followed a recommendation from the Independent Data Monitoring Committee (IDMC), based on an interim analysis of the data that showed that PrEP was highly protective against acquiring HIV in this study population.

Of the 545 participants who joined the study, 276 were randomised to the group who received PrEP immediately and 269 to the group who received PrEP after a deferred period of 12 months. There were 22 HIV infections among participants in their first year in the study, with 3 in the immediate group giving an HIV incidence of 1.3 per 100 person-years, and 19 in the deferred group giving an incidence of 8.9 per 100 person-years. The 86% protection from daily (Truvada) PrEP reported by the study, is the highest reported from a randomised controlled trial of PrEP to date.

Adherence to the daily drug regimen appears high in the study.

The study results are in line with previous evidence showing Truvada is well tolerated with minimal concerns about resistance. The PROUD study results, and subsequent cost effectiveness analyses, are to be included in the review underway by the PrEP Policy sub-group of the NHS England HIV Clinical Reference Group. This group is considering whether use of anti-retrovirals for PrEP should be commissioned, and is working with a range of stakeholders on how PrEP service could be commissioned across NHS and local authority responsibilities.

Sheena McCormack, Professor of Clinical Epidemiology at the MRC Clinical Trials Unit at UCL, and Chief Investigator of the PROUD study, said: "These results are extremely exciting and show PrEP is highly effective at preventing HIV infection in the real world. Concerns that PrEP would not work so well in the real world were unfounded. These results show there is a need for PrEP, and offer hope of reversing the epidemic among men who have sex with men in this country. The findings we've presented today are going to be invaluable in informing discussions about making PrEP available through the NHS."

Professor Noel Gill, Head of HIV & STIs in PHE and PHE Lead for the PROUD study, said: "PHE estimates there are around 2,600 new HIV infections annually in gay men in the UK, a number that has not fallen over the past decade. If pre-exposure prophylaxis (PrEP) can be delivered cost-effectively as a component of the HIV prevention toolkit this could be a major step towards reducing the numbers of men acquiring HIV within this community."Building on its co-sponsorship of the PROUD Trial, PHE is collaborating with UCL on further economic analyses to provide vital data to inform the decisions about next steps for PrEP in England."

Dr Des Walsh, Head of Infections and Immunity at the Medical Research Council which co-funded the study, said: "HIV remains a serious public health concern - in 2013 alone, around 2,800 gay, bisexual and other men who have sex with men became infected. So clearly, additional approaches are needed to tackle the HIV epidemic, particularly for populations at higher risk. The PROUD study addresses this very important issue and shows promising results that a relatively straightforward intervention based on existing therapy - PrEP - could have a major impact in preventing HIV infection."

The PROUD study was implemented in partnership with a number of organisations. The Community Engagement Group comprised: Terrence Higgins Trust; NAT; GMFA; MESMAC; NAZ; NAM; The Lesbian and Gay Foundation.