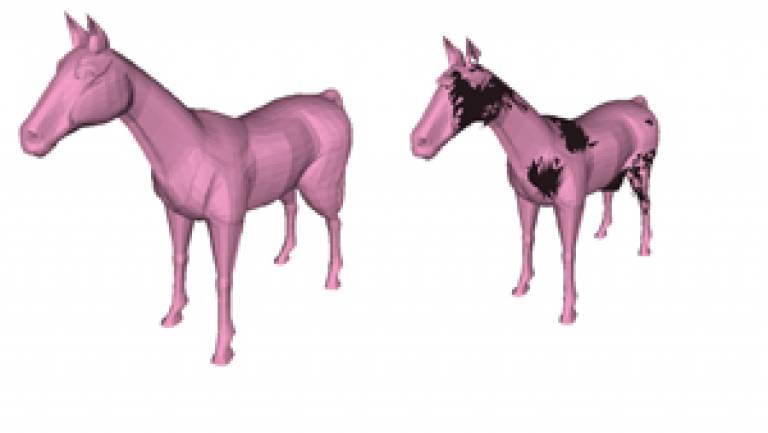 Dr Jade Alglave (UCL Computer Sciences) has been named as the winner of the Brian Mercer Award for Innovation by the Royal Society,

The award funds researchers to build on their concepts to bring new ideas to market, and aims to promote links between the academic community, business and industry.

Dr Alglave's research into multiprocessor technology has led to the development of .cat, a standard verification format for hardware chips.

Multiprocessors by ARM, AMD, IBM, Intel, or NVidia are found in devices ranging from smartphones to supercomputers, cars to aeroplanes. Programming software to run on multiprocessors is a form of concurrent programming, where multiple computations are executed during overlapping time periods. Sadly, due to the great number of possible outcomes of a given program, concurrent programming is error prone and "buggy", and difficult to test.

Dr Alglave has developed a tool to test and model proprietary hardware which ensures that software runs consistently across a range of platforms, reducing delays and costs caused by errors and inconsistencies.

"I'd like to extend my congratulations to Dr Alglave for her award. Innovative research is at the heart of UCL and Dr Alglave's work will enable the development of pioneering new technology."

'I am immensely proud of Jade and her success in ensuring her deep theoretical work and understanding is directed so precisely at a pressing problem facing the computer industry. This exactly aligns with our maxim of experimental computer science: fundamental work that addresses real-world problems and delivers practical solutions.'

The Brian Mercer Awards were established in 2001 to support research into the built environment, clean technology and energy, electrotechnology and nanoscience.