Sugars in the diet should make up no more than 3% of total energy intake to reduce the significant financial and social burdens of tooth decay, finds new research from UCL and the London School of Hygiene &amp; Tropical Medicine. 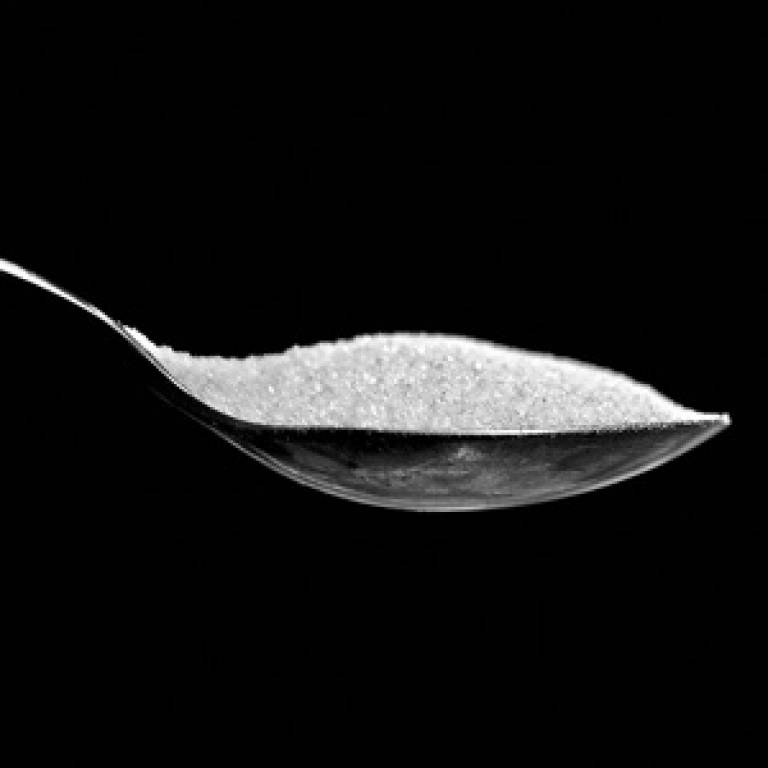 The study, published in the open-access journal BMC Public Health, analysed the effect of sugars on dental caries, also known as tooth decay. They show that sugars are the only cause of tooth decay in children and adults.

Free sugars are defined by the World Health Organisation Nutrition Guidance Adivisory Group as follows: "Free sugars include monosaccharides and disaccharides added to foods by the manufacturer, cook or consumer, and sugars naturally present in honey, syrups, fruit juices and fruit concentrates."

Tooth decay is the most common non-communicable disease in the world, affecting 60-90% of school-age children and the vast majority of adults. In the USA, 92% of adults aged 20-64 have experienced decay in at least one of their permanent teeth. The treatment of dental diseases costs 5-10% of total health expenditure in industrialised countries.

Researchers used public health records from countries across the world to compare dental health and diet over time across large populations of adults and children. They found that the incidence of tooth decay was much higher in adults than children, and increased dramatically with any sugar consumption above 0% of energy. Even in children, an increase from near-zero sugar to 5% of energy doubles the prevalence of decay and continues to rise as sugar intake increases.

Only 2% of people at all ages living in Nigeria had tooth decay when their diet contained almost no sugar, around 2g per day. This is in stark contrast to the USA, where 92% of adults have experienced tooth decay

Current guidelines from the World Health Organisation set a maximum of 10% of total energy intake from free sugars, with 5% as a 'target'. This equates to around 50g of free sugars per day as the maximum, with 25g as the target. The latest research suggests that 5% should be the absolute maximum, with a target of less than 3%.

"Tooth decay is a serious problem worldwide and reducing sugars intake makes a huge difference." says study author Aubrey Sheiham, Emeritus Professor of Dental Public Health (UCL Epidemiology & Public Health). "Data from Japan were particularly revealing, as the population had no access to sugar during or shortly after the Second World War. We found that decay was hugely reduced during this time, but then increased as they began to import sugar again.

"Similarly, only 2% of people at all ages living in Nigeria had tooth decay when their diet contained almost no sugar, around 2g per day. This is in stark contrast to the USA, where 92% of adults have experienced tooth decay."

In order to address the issue of tooth decay, the authors recommend a series of radical policy changes to reduce sugar consumption.

"Our top priority is not to allow the idea of a magic single bullet to solve the problem to be developed," says co-author Professor Philip James, Honorary Professor of Nutrition at the London School of Hygiene & Tropical Medicine and past President World Obesity Federation (formerly IASO). "A fundamental aspect of public health planning is to develop society wide measures which impact on the health of the whole community. There now needs to be an explicit revision of population dietary goals as it relates to every aspect of government policy.

"We need to make sure that use of fruit juices and the concept of sugar-containing treats for children are not only no longer promoted, but explicitly seen as unhelpful. Food provided at nurseries and schools should have a maximum of free sugars in the complete range of foods amounting to no more than 2.5% of energy.

"Vending machines offering confectionary and sugary drinks in areas controlled or supported financially by local or central government should be removed. We are not talking draconian policies to 'ban' such sugar-rich products, which are available elsewhere, but no publicly-supported establishment should be contributing to the expensive problems of dental caries, obesity and diabetes.

"The food industry should be told that they should progressively reformulate their products to reduce or preferably remove all the sugars from their products. New food labels should label anything above 2.5% sugars as 'high'. Given the politics of big business, the most governments may do is to reduce the limit from 10% to 5% but our paper suggests that it should be 2.5%."

"There is a huge issue about how to curtail the flow of sugars in the food chain and divert sugar. If produced at all, it should be converted into alcohol, as in Brazil, to be used as fuel for vehicles. We need a European agreement that all sugar beet production should be phased out in the EU. This production is totally unnecessary and has always been unnecessary as the sugar cane producers of the lower income countries produce enough. As part of the US/EU trade agreement, the US should no longer be promoting the export of sugar and the US should also curtail production.

"A sugars tax should be developed to increase the cost of sugar-rich food and drinks. This would be simplest as a tax on sugar as a mass commodity, since taxing individual foods depending on their sugar content is an enormously complex administrative process. The retail price of sugary drinks and sugar rich foods needs to increase by at least 20% to have a reasonable effect on consumer demand so this means a major tax on sugars as a commodity. The level will depend on expert analyses but my guess is that a 100% tax might be required."