The results of a Phase 3 clinical trial involving UCL researchers, called REMoxTB, has found that replacing one of the drugs with the antibiotic moxifloxacin in the standard six-month treatment regimen did not allow the treatment time for tuberculosis (TB) patients to be shortened to four months. 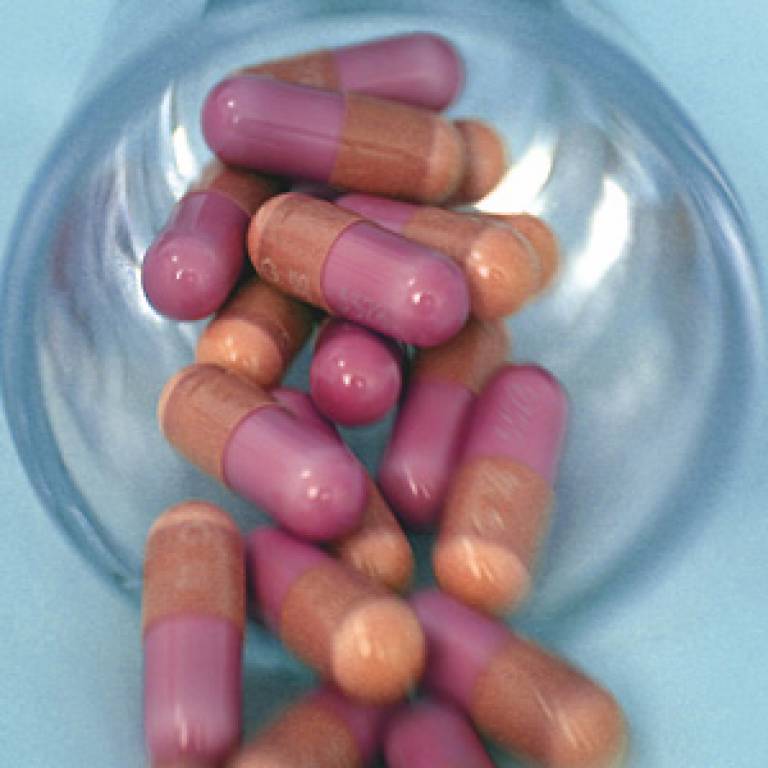 The results were published in the New England Journal of Medicine. The trial confirmed the safety of daily moxifloxacin over four months of therapy. Researchers concluded that the safety of moxifloxacin, combined with its activity against TB, supports the continued clinical testing of moxifloxacin as a component of other novel regimens.

The trial enrolled 1,931 patients at 50 sites in nine countries: Kenya, Mexico, Tanzania, South Africa, China, India, Thailand, Malaysia and Zambia. The three-arm study substituted moxifloxacin for either isoniazid or ethambutol in the first-line treatment for drug-sensitive TB (first-line treatment consists of isoniazid, rifampicin, pyrazinamide and ethambutol). The study found that, while the experimental regimens initially killed more TB bacteria than the standard regimen, patients receiving those shortened regimens were more likely to relapse than those taking the standard treatment.

"The REMox trial was among the most rigorous TB drug trials ever conducted in the modern era of TB treatment and among the largest ever conducted for a new TB treatment. Although the regimen we studied wasn't quite sufficient to reduce TB treatment time by our two month target, the trial brought us a significant step closer," said Professor Stephen Gillespie, the Sir James Black Chair of Medicine at the University of St. Andrews and the REMox study's chief investigator.

"REMoxTB succeeded in showing that high-quality clinical trials with clear, unequivocal results can be conducted in resource-poor regions where TB is endemic and also in paving the way for future TB trials, especially those that might include moxifloxacin as part of the regimen."

TB killed 1.3 million people in 2012-one person every 25 seconds. The current treatment for the nearly nine million people newly diagnosed with TB each year is highly inadequate and requires a minimum of six months of therapy, which often has significant side effects. The length of today's TB treatment makes it difficult for many patients to complete therapy. Failure to complete treatment is a major driver of the emergence of multi-drug resistant TB (MDR-TB), which requires substantially longer, more complicated and expensive treatment.

The REMoxTB study was a collaboration between the TB Alliance, Bayer HealthCare AG, the University College London (UCL) Centre for Clinical Microbiology, the Medical Research Council Clinical Trials Unit at UCL and the University of St. Andrews.

"The REMox trial has helped develop new research sites in developing countries that can conduct high quality research in the future to evaluate new regimens," said Gillespie. "The quality and amount of the data from this trial will advance the entire TB research field, and improve future trials by allowing them to enroll fewer patients, making them shorter and less expensive to conduct."

"This study has been critical in improving our understanding of how to analyze and interpret the results of trials aimed at shortening treatment for TB," said Andrew Nunn, professor of epidemiology and medical statistics at the Medical Research Council Clinical Trials Unit at UCL.

The results of the trial also showed that there is no evidence that populations in different regions of the world respond differently to TB therapy. It has previously been suggested that Asian patients have a more chronic form of disease with a different clinical course than African patients, but the investigators did not see any evidence of variation in treatment outcome in different geographic regions.

"Our rigorous approach to conducting the trial and standardizing the laboratory methods are firsts for such a broad global study," said Tim McHugh, professor of medical microbiology and director of the UCL Centre for Clinical Microbiology. "We found minimal variation in the results between 50 trial sites on three different continents."

The study provided a wealth of data that gives researchers insights into how smaller, shorter studies can be used to predict results of later, larger and more expensive studies, how to identify and distinguish between patient relapses and re-infections, how the severity of infection correlates with treatment outcome, and how to develop universal standards for microbiology testing in TB clinical trials around the world. It also brought community engagement (CE) programs around clinical trial sites to scale, establishing CE as a best practice in TB R&D.

Moxifloxacin is currently approved to treat acute respiratory infections (and other infections) and is included in World Health Organization guidelines to treat drug-resistant TB in combination with other drugs, even though it has never been approved by regulatory authorities for TB treatment.

The manner in which moxifloxacin works against bacteria like Mycobacterium tuberculosis differs from the medicines currently used to treat TB. Moxifloxacin inhibits a bacterial enzyme called DNA gyrase, which is essential for bacterial survival. Moxifloxacin does not interact with antiretroviral (ARV) therapies used to treat HIV patients.