Bacteria are particularly ingenious when it comes to survival strategies. 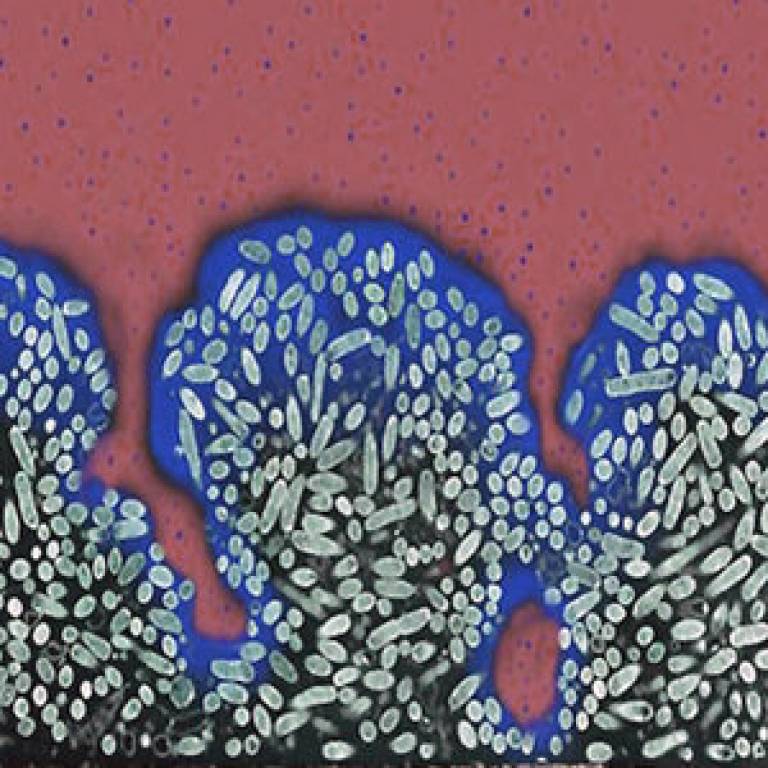 They often create a biofilm to protect themselves from a hostile environment, for example during treatment with antibiotics, and scientists have unravelled the secrets of how they do this with a new 3D model.

A biofilm is a bacterial community that is surrounded by a protective slime capsule consisting of sugar chains and "curli". Scientists from VIB, Vrije Universiteit Brussel (VUB) and UCL have for the first time created a detailed 3D image of the pores through which the curli building blocks cross the bacterial cell wall, a crucial step in the formation of the protective slime capsule.

Using X-ray crystallography to study the structure and electrophysiology to investigate the dynamics of single pores in the bacteria cell wall, the study published in Nature shows how bacteria use a modified transport system to deliver curli building blocks safely to the outside of the bacteria, so that the curli fibers can be produced there. This is a remarkable feat as curli-forming bacteria have a double cell wall and do not have access to the usual cellular motors that drive these transport channels.

The findings provide fundamental insights into the mechanisms of the curli transport system which can be used by scientists to prevent the formation of biofilms, or by those looking to create new materials based on curli fibers.

First author Dr Parveen Goyal (VIB/VUB), said: "Based on the structure of the secretion channel, we are able for the first time to build a model of how bacteria can cross this barrier."

Lead author Dr Han Remaut (VIB/VUB), said: "By determining the three-dimensional structure, it is now possible to develop small molecules that fit like a stopper in the pore of the transporter. This inhibits the excretion of the curli building blocks and can prevent the formation of curli fibers and unwanted biofilms during infections or in industrial installations."

Studying the pore at the single molecule level really helps to understand its dynamic and behaviour in real-time. This will not only inspire and inform scientists looking to develop new antibacterial drugs but also drive forward research into harnessing the desirable properties of curli fibers in new applications.

Co-author Dr Stefan Howorka (UCL Chemistry), said: "Studying the pore at the single-molecule level really helps to understand its dynamic and behaviour in real-time. This will not only inspire and inform scientists looking to develop new antibacterial drugs but also drive forward research into harnessing the desirable properties of curli fibers in new applications."

Dr Remaut (VIB/VUB), added: "As they are able to polymerize by themselves and are extremely stable, curli fibers have great potential as building blocks for functional nano wires."

Curli fibers could be used as carriers for other proteins, thereby forming so-called functional biofilms. For example, by coating the curli fibers with proteins and enzymes that absorb, convert or break down specific substances, they can be used for waste water treatment or the conversion of biofuels. This requires further research, but the group behind the study reported the first steps in this direction earlier this year.