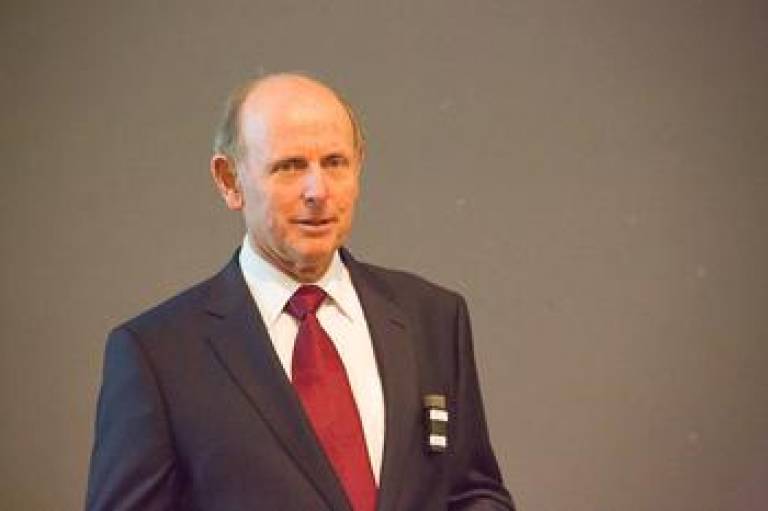 This annual prize lecture series has been running for 18 years but within this short space of time has rapidly become the pre-eminent series on contemporary science in Europe. The whole event, which provides an opportunity to debate and celebrate important scientific advancements, has always been very stimulating and hugely enjoyable.

This year the Prize Lecture will be given by Professor Tony Segal. Professor Segal has held the Charles Dent Chair of Medicine at UCL since 1986 and is a Consultant Physician at University College Hospital. He is a Fellow of the Royal Society and a founding Fellow of the Academy of Medical Sciences. Professor Segal has spent his academic life conducting research into the ways in which white blood cells kill microbes, as well as investigating the primary causes of human diseases; aspects of this odyssey will be covered in his address.