This week, I have been in the New York tri-state area, along with Dame Nicola Brewer (Vice-Provost, International Affairs), Dame Hazel Genn (Dean of the Faculty of Laws) and Lori Houlihan (Executive Director of Development and Alumni Relations). 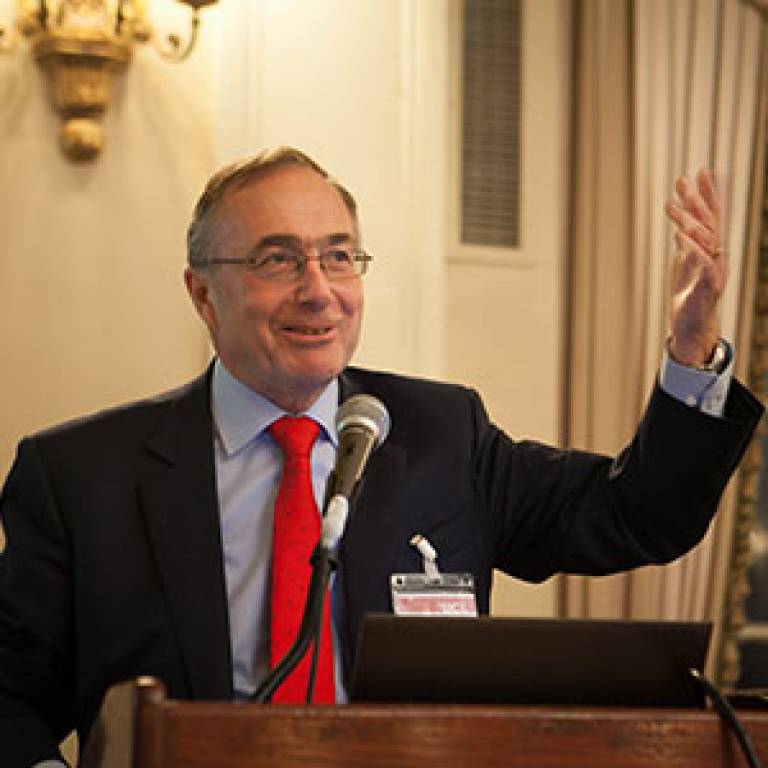 We have been kept busy with a breakfast briefing on UCL 2034, gathering input on UCL's international strategy, and the Annual Alumni Party, this year attended by more than 100 former students.

The single most popular talking point of the week has been the announcement that UCL neuroscientist Professor John O'Keefe has been awarded this year's Nobel Prize in Medicine (you can read more about the announcement and see a video with John elsewhere in The Week@UCL). John was born in New York City and completed his undergraduate years there. He joined UCL in 1967 as a postdoctoral fellow, following a PhD in Montreal, and he has been an important part of our neuroscience community ever since. John is also the inaugural Director of the Sainsbury Wellcome Centre for Neural Circuits and Behaviour.

It is not every day that we have the good news of a Nobel Prize (although UCL does well here: only five universities around the world have won more than UCL in Physiology or Medicine), and all of our events in New York have been abuzz with the news. Travelling in the back of a cab between meetings, we even saw John on the mini-screen! I am, of course, thrilled for John and delighted with the recognition not only of his own achievements but of the innovative and cross-disciplinary community at UCL that encourages and enables such research. Please join me in sending John our heartiest congratulations. 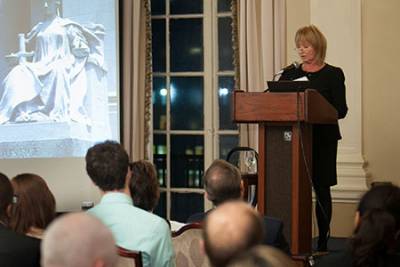 As we celebrate John's success, in his home town, we are reminded that UCL has a long and proud association with New York. Many of you will have seen the NYU in London Academic Centre on Bedford Square, just a stone's throw from Gower Street. Others may know that UCL provided the model for NYU. When we were established in 1826, the US Ambassador was so inspired by UCL that he led the efforts to establish New York's first university five years later.

The relationship with prominent New Yorkers has shaped UCL ever since. Many of the most familiar names in the day-to-day lives of our students and staff are testament to this relationship, from Astor House to the Rockefeller Building. We have New York philanthropists to thank for endowed professorships, postdoctoral fellowship programmes, and new research centres - from pharmacology in 1912, to the study of decision-making uncertainty in 2013.

We have nearly 3,000 alumni in the New York tri-state area - around a quarter of all our US based alumni - and many of them choose to support the University through the UCL Friends and Alumni Association Inc. Over the last year, more than $2.5 million has been donated through the UCLFAA to benefit teaching and research here in London, a large part of which has been unrestricted.

Unrestricted gifts give universities flexibility, allowing us to direct funding to where the need is greatest and making us less dependent on any one source of funding to support new developments. We have decided to use all unrestricted income from the last financial year - around £400,000 - to support the objectives of UCL 2034. This might mean people, buildings, research programmes, studentships, or all of the above. It is the kind of support that will permeate UCL, quietly effecting change. This includes money left to UCL in legacies - surely one of the most trusting of all kinds of gifts, demonstrating utmost confidence in, and commitment to, the institution's future.

Part of my time in New York was used to meet and thank existing donors to the University, and to engage with those who might support us in the future. Over the coming months, you will hear more and more about UCL's next fundraising and supporter engagement Campaign, and I thought it would be useful to share a few recent benchmarks. Compared to other UK universities (leaving aside Oxford and Cambridge), UCL is really doing very well indeed, and I am very proud of our collective achievements.

According to the most recent Ross-CASE survey (the annual survey of gifts and costs of voluntary giving to higher and further education in the UK), outside of Oxbridge, we have raised more money than any other HEI over the last three years - in excess of £100 million (in keeping with our old rivalries, King's College follow closely). It is particularly pleasing to see that our return on investment is well ahead of our peer group, with around £11 of philanthropic income for every £1 spent on our fundraising and alumni relations team and activities.

But we have a long way to go. Particularly interesting for the long-term strength of the University is to compare our funds raised as a proportion of institutional turnover. Here, US institutions dominate. Nearly a quarter of Harvard's annual turnover comes from philanthropy, buffered by a $36 billion endowment which has provided nearly $12 billion of operating income over the past five years. This endowment means Harvard is able to offer needs-blind admission for both US and international students.

You can either choose to be inspired or intimidated by numbers like Harvard's, or NYU's, whose own endowment is nearly $3 billion. I choose to be inspired, and to look at these numbers in a different way: pound-for-pound, dollar-for-dollar, we punch well above our weight in all global league tables for the quality of our research and teaching.

So, as we begin to implement UCL 2034, I am encouraged by the fact that UCL has so many generous alumni and friends. The next fundraising and supporter engagement Campaign will raise money for strategic projects, but it is about more than each development in isolation. It is about strengthening UCL's role as a most effective agent for social, cultural, material, intellectual, scientific, medical and health, economic and policy change - enabling our students, researchers and partners to have a positive and lasting impact on the world's emerging and enduring challenges, from our local boroughs to the farthest continents, for current and future generations.

This is the vision that inspired New Yorkers to build their own UCL in Manhattan. And it is a vision that continues to inspire all who study at, work in, partner with, or give their support to our incredible university.

View some images of the New York trip on the UCL Alumni Flickr page.

Videos below: UCL's supporters make a profound difference to all aspects of university life. In these videos, three donors to UCL talk about what has motivated them to support the university.