In March of this year, I chaired an event at UCL titled 'Why isn't my professor black?'. 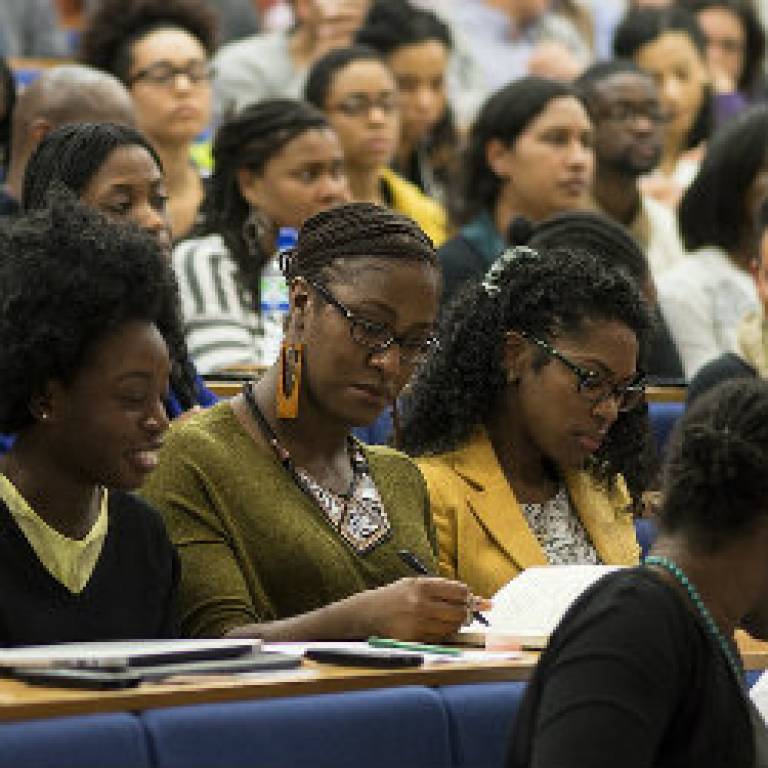 It was attended by 350 staff, students and members of the wider community and has now been viewed online almost 3,000 times. It was an extraordinary event. I can still hear the clear, often impassioned voices of our black and minority ethnic staff and students explaining how UCL's aspirations on equality and inclusion can often be rather different from lived reality. Despite higher education's reputation for enlightened thinking, panellists and audience members at the event were united in the view that universities are generally no better than other institutions in society in addressing racial disadvantage.

Racial inequalities in 2014 can be complex, and difficult to identify and address. Well before they start at UCL as students or staff, many people who join us will have experienced unequal treatment on the basis of 'race'. However, we cannot suppose that unequal treatment stops at our door. There is evidence that in any workplace, subtle differences in actions, decision and behaviours can accumulate into significant differences in outcomes and experiences. For example, unconscious biases in work allocation can lead to some individuals being primed for promotion more quickly than others. A key starting point for tackling these problems is to acknowledge that such problems exist at UCL, just as they do elsewhere. The promotion of equality and diversity is a key component of our strategy, UCL 2034, and I would like our university to brave the discomfort of talking honestly about racial inequality, and to take meaningful, sustained action to remove it.

To this effect, UCL is one of 30 universities taking part in a pilot for the new Race Equality Charter Mark in higher education (http://www.ecu.ac.uk/equality-charter-marks/race-equality-charter-mark/.) We will be submitting our application in April 2015 and I will personally be overseeing its development. Participating in the Charter Mark requires UCL to undertake a whole institution review to identify racial inequalities and barriers, and to establish solutions and actions to address them. A central tenet of the Charter Mark is that race equality can be a difficult issue to discuss and manage. It cannot be tackled in isolation, and requires commitment from the whole institution.

Collectively, we must interrogate UCL's structures, processes and cultures to understand how these could perpetuate racial inequality. Areas to investigate include variations in the average marks awarded on assessed work and examinations to different ethnic groups, a steep decline in the proportion of black and minority ethnic (BME) PhD students compared to undergraduate and masters students, chronic under-representation of BME academics in some disciplines and staff recruitment statistics which see white candidates significantly more likely to be appointed than BME candidates and a lack of ethnic diversity at senior levels. We must also consider what we teach and how this can either perhaps dismantle or perpetuate inequality.

Consultation on the Charter Mark

As part of the Charter Mark process, both a staff and a student survey are now live. The surveys are aimed at current staff or students who self-identify as being from a black or minority ethnic background (although anyone can respond). I urge as many staff and students to respond to the survey as possible. The survey is completely anonymous and it will help us shape future actions on race equality. It will also create a quantitative benchmark from which progress in race equality can be measured in the coming years. It is crucial that as many black and minority ethnic students and staff have their say on the future direction.

An interesting initiative entitled 'UCL Faces Race: Past, Present and Future' has been funded by the Grand Challenge on Intercultural Interaction, which will look at UCL's own legacy of research that contributed to constructing unjust racial hierarchy, including the legacy of Francis Galton's research and the role of Professor of Eugenics which was established at UCL. We will also look at how we can challenge and overturn present-day injustice. The website for this project will be launched in December and it will include the first draft of the submission and action plan, once it is ready, early in the New Year.

As part of the Charter Mark process we will be reaching out to institutional leads who can effect long term change in specific functions of the university. We will also be engaging heads of departments and divisions, and I am seeking a 'coalition of the willing' of senior staff at this level who will join the efforts to implement positive cultural change in their areas, with full support from the Equalities and Diversity Team in HR and advice from UCL's Race Equality Steering Group. Heads of departments and divisions who are keen to join this 'coalition' should contact Fiona McClement in the Equalities and Diversity Team (f.mcclement@UCL.ac.uk)

It befits UCL's world-leading status and founding principles to rise to the challenges set out in this article and I look forward to working with you all over the coming years to turn our aspirations into a reality.