Watching films with stressful scenes can trigger changes to the heart's beating pattern, reports a new study published in the journal Circulation, Arrhythmia and Electrophysiology. 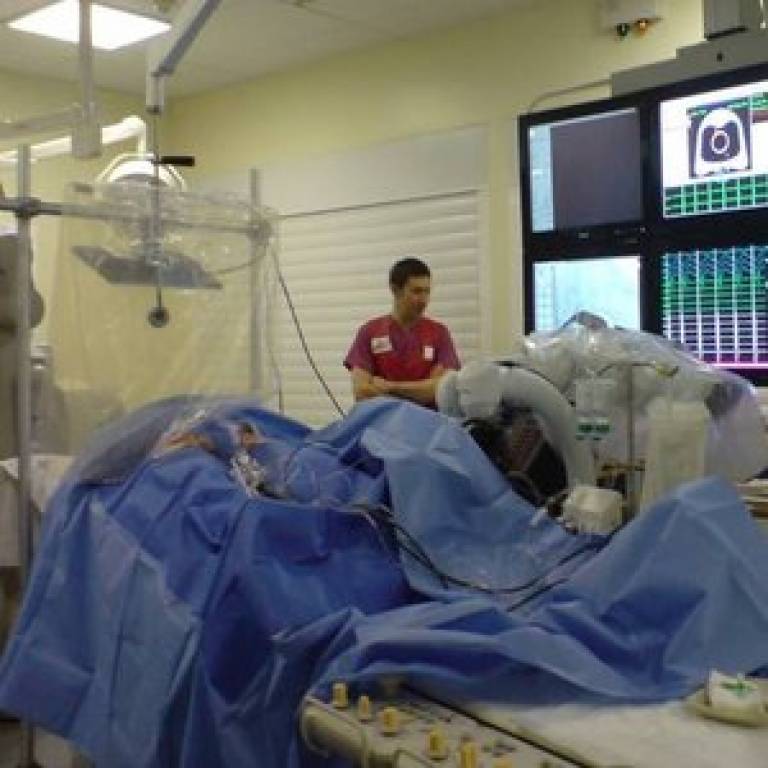 Although the changes were small, and not likely to be risky for normal healthy individuals, the team from UCL, King's College London and Guy's and St. Thomas' Hospital found that watching an emotionally charged film clip caused a disturbance to the normal heartbeat and a significant increase in blood pressure.

Dr Ben Hanson (UCL Mechanical Engineering) explained: "Our findings help us to better understand the impact mental and emotional stress can have on the human heart.

"This is the first time that the effects have been directly measured and although the results varied from person to person we consistently saw changes in the cardiac muscle. If someone already has a weakened heart, or if they experience a much more extreme stress, the effect could be much more destabilizing and dangerous."

The team devised a procedure where 19 patients, who were undergoing routine cardiac catheterisation treatments using local anaesthetic, were shown a clip from the film Vertical Limit.

Explaining why the researchers chose to use film clips as an emotional trigger, study author Professor Peter Taggart (UCLH Neurocardiology Unit) said: "Film clips are considered to be among the most powerful stimuli to elicit affective responses in the laboratory setting, and have several advantages including their dynamic nature, a sustained effect and the combination of visual and auditory inputs."

The novel method used in the study means that for the first time the biological effects of mental and emotional stress have been recorded in healthy conscious patients.

Our findings help us to better understand the impact mental and emotional stress can have on the human heart. This is the first time that the effects have been directly measured and although the results varied from person to person we consistently saw changes in the cardiac muscle.

Electrodes were placed in the ventricles of the heart to measure the changes in cardiac muscle, whilst the team simultaneously recorded changes to blood pressure and breathing speed.

Professor Jas Gill (Guy's and St. Thomas' Hospital Department of Cardiology), who conducted the clinical side of the study said: "Placing the electrodes in veins and positioning them on the inside of the heart can be quite stressful for the patient. Making sure the patients remained relaxed throughout the procedure was vital so that the electrodes only recorded emotional stress from the film clip."

A second part of this study involved the participants recreating the same breathing patterns they exhibited whilst viewing the clip. High levels of mental and emotional stress are well known to increase breathing rates, but until now the effects of this on cardiac muscle have been uncertain.

The results showed that neither blood pressure nor heartbeat were altered by replicating the breathing patterns, suggesting that changes in breathing brought on by a shock do not trigger the observed changes in heartbeat.

Dr Hanson explained: "This is the first study where the direct effect of mental and emotional stress on the heart has been observed. It helps us understand the mechanisms involved. Our results are really very exciting."