A form of vitamin B3 has shown early promise against Friedreich's ataxia, a debilitating degenerative disease with no treatment or cure, in the first human trial of the treatment involving UCL researchers. 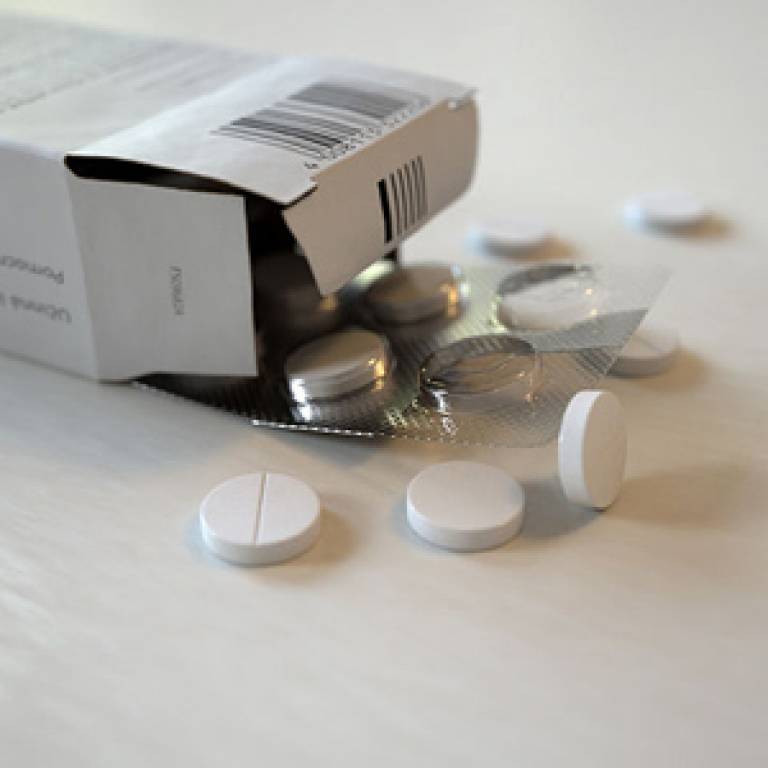 Friedriech's ataxia is thought to be caused by a lack of frataxin, a protein important in regulating iron levels within cells. Frataxin deficiency causes iron overload in mitochondria, the 'batteries' of cells, and problems regulating free radicals within cells. These damaging effects lead to cellular death.

As the damage builds up, people with the condition suffer from progressively worsening symptoms including problems walking, talking, swallowing, seeing and hearing. Many patients are wheelchair-bound and unable to live independently a decade or two after symptoms appear and often die of heart disease within 35 years.

In a collaborative effort, researchers from UCL and Imperial College London gave patients a form of vitamin B3 called nicotinamide in much higher doses than found in vitamin supplements. The vitamin has been shown to increase frataxin levels in the lab, but this was the first test in ataxia patients. The treatment had minimal side effects and increased patients' frataxin levels to match those of ataxia carriers who do not experience symptoms.

"We are excited by the prospects of nicotinamide potentially being developed into a treatment," said Dr Paola Giunti of the UCL Ataxia Centre, who was instrumental in the trial design and patient recruitment. "We have developed extensive expertise in trials in such a rare disorder, Friedreich's ataxia and assembled the largest cohort of patients in Europe and thus we are in an ideal position to ensure the success of trials such as this. However it is important to remember that we still need to conduct further trials to confirm the safety over a longer time and to see whether the increase in frataxin actually results in improvements for patients. We are extremely grateful to all the patients who have taken part in this important pilot trial."

Finding a cure for Friedreich's ataxia is what every researcher in the field dreams about. We're absolutely thrilled by our preliminary results and the hope it offers for the future of patients with this devastating condition and their families.

Lead author Dr Vincenzo Libri, Head of the Leonard Wolfson Experimental Neurology Centre at UCL and former Head of Clinical Studies at the NIHR/Welcome Trust Imperial College Clinical Research Facility, said: "Finding a cure for Friedreich's ataxia is what every researcher in the field dreams about. We're absolutely thrilled by our preliminary results and the hope it offers for the future of patients with this devastating condition and their families."

Professor Richard Festenstein of Imperial College London said: "These results are very encouraging and importantly offer the prospect of a future treatment for this incurable condition. Further studies are needed to determine the safety of high-dose nicotinamide with long-term administration and whether it can increase frataxin levels when given for longer periods. Then we need to know if this will prevent further clinical decline in patients with Friedreich's ataxia. The study is also exciting because it provides proof-of-concept that aberrant gene silencing can be overcome in humans using an epigenetic* modifier."

The trial was supported by the UK Medical Research Council, Ataxia UK, and the UK National Institute for Health Research (NIHR). Sue Millman, CEO of Ataxia UK, said: "We are really proud to have supported the basic science for this hugely exciting trial and to have moved the research forward to a human trial with such positive early findings. This study was a truly collaborative effort involving ataxia charities in four countries and a number of other funding bodies all recognizing the importance of the study. We now need to push forward towards a larger trial which we hope can eventually be translated into a treatment for patients. That is our goal."

*Epigenetic refers to how the gene is 'packaged' within the nucleus. DNA wraps around histone proteins to form a beads-on-a-string pattern known as chromatin. The ends of the histone proteins are normally labelled as 'active' but at the Friedreich's ataxia gene this 'active' labelling is removed so that the gene is abnormally switched off. Nicotinamide prevents these labels from being removed, switching the gene back on.