The UCL Graduate Prospectus (2014/15 entry) has been shortlisted for the best printed postgraduate prospectus at the upcoming Heist awards. 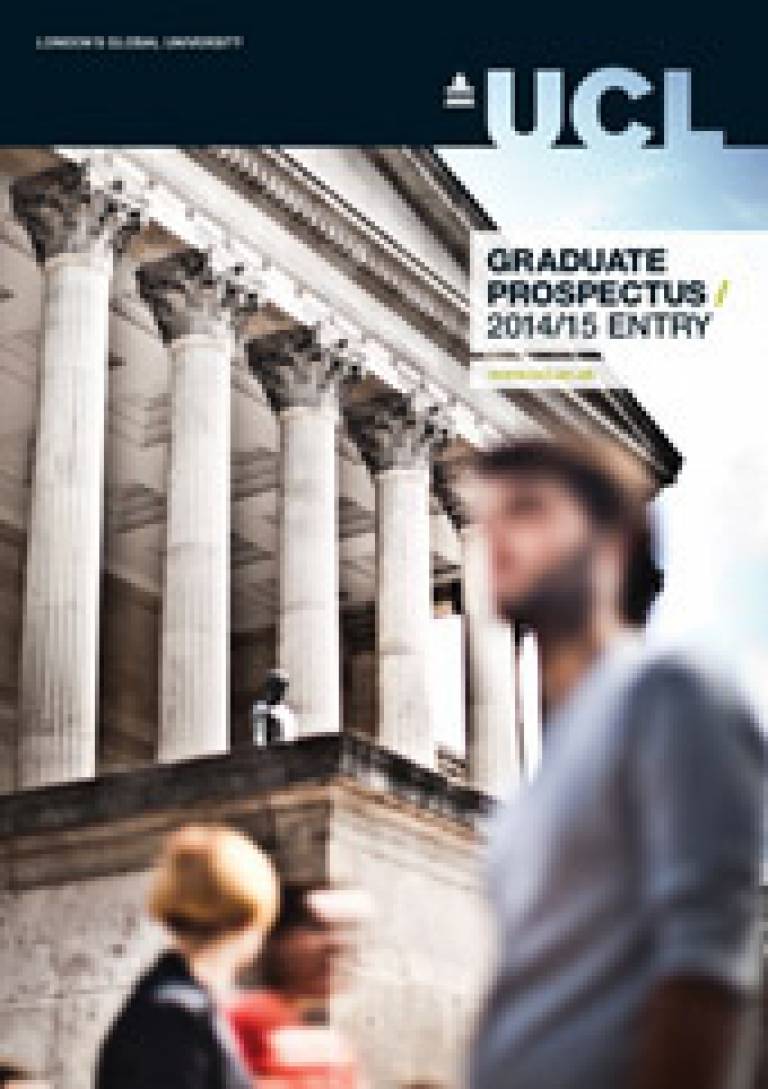 The winners will be announced at the award ceremony in Manchester on 10 July.

The Heist Awards are seen as the flagship awards in education marketing with categories including best website, best use of digital/social media, best student recruitment campaign among others.

The awards are judged by a panel of experienced education marketers and each submission in this category is scored on how previous incarnations were evaluated, the extent to which the SMART objectives were met, how the publication meets the needs of the target audience, how the effectiveness of the publication was evaluated and the return on investment delivered.

UCL's Publications and Marketing Services (PAMS) began the process of redesigning the Graduate Prospectus began in July 2012 with the commissioning of market research into the effectiveness of the existing publication. This was followed by a workshop with key UCL stakeholders to identify content they considered, in light of the market research findings, best suited to inform prospective students considering UCL as a study destination. Further market research was undertaken with potential and current postgraduate students to ascertain the effectiveness of the new design.

This is the first time that PAMS has entered a prospectus into the Heist Awards and we are delighted to have reached the shortlisting stage. We are incredibly proud of the team effort and grateful to the staff and students across UCL who contributed to the publication along the way.