Voting for the Eurovision Song Contest has been scrutinised by statistics experts at UCL and Imperial College London, who have found that musical talent is unlikely to be the only element that wins scores - but that the contest is not 'stitched up' at the UK's expense. 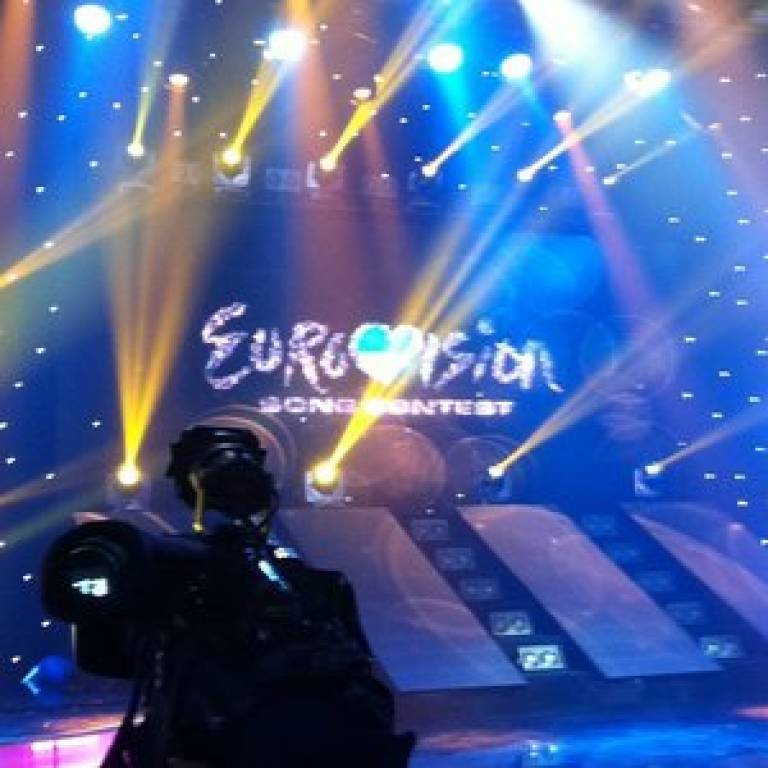 The analysis of voting patterns over the past two decades suggests that widespread support for certain countries' acts is, however, not driven by prejudice, as the media periodically suggests, but by positive loyalties based on culture, geography, history and migration. But these effects are relatively small - and the team found no evidence to support Sir Terry Wogan's criticism that the contest is marred by blatant bias and discrimination.

Dr Gianluca Baio (UCL Statistical Science) said: "Migration seems to be an interesting explanation for some of the patterns that we see in the data. For example, Turkey seems to be scored highly by German voters, possibly due to the large number of Turkish people who have migrated to Germany, and potentially tele-vote from there. But our analysis found no convincing evidence of negative bias or discrimination against anyone - no country really has any enemies."

Dr Baio and co-author Dr Marta Blangiardo (Imperial College London) analysed how countries have given points to each other since Eurovision introduced tele-voting in 1998.

In the study, published in the Journal of Applied Statistics, Dr Baio and Dr Blangiardo use computer analysis to reveal clusters of countries with similar voting behaviours, identifying the probability of each country belonging to a particular voting bloc in any particular year.

In line with previous findings, the analysis of the data suggests that voting congregates within four broad groups of nations that tend to give each other points: one combining the former Yugoslavia, Switzerland and Austria; one covering central and Southern Europe; plus a larger bloc which includes the former Soviet bloc as well as the UK, Ireland and Scandinavia, which cleaves more-or-less randomly into two groups each year.

"In our analysis we used what we call a 'Bayesian hierarchical formulation' to model the scores," said Dr Blangiardo. "We took into account factors like the language of the song and the gender of the singer both of which have known effects on the votes. This left behind an underlying trend for us to measure. This trend is based on cultural and geographical similarities, as well as migrations of people."

This kind of model allows scientists to properly account for underlying correlations in the observed data, which is due, for example, to the presence of repeated voting behaviour over the years, rather than one-off factors.

Bayesian hierarchical formulations are powerful statistical tools which let statisticians study groups of data which are different, but related, for instance wards within a hospital and hospitals within a city. Both authors of this study are experts in medical statistics, who use these methods to extract patterns of infections, illnesses and epidemics. However, while statistical methods can identify trends in the data, they do not directly tell us about people's motivations or about underlying causes.

"The observed data can only suggest whether there is bias, and there can be many reasons for this," Dr Baio says. "To prove something stronger like 'discrimination' or 'favouritism', we would need more complex data, for example polling on people's motivations for voting the way they do.

Looking at the results country by country, Greece seems to be systematically favoured by its close neighbours Cyprus and Albania, amidst a general delivery of positive votes, which is thought to be driven by widespread migrations of Greek citizens across Europe. The UK, too, has friends, in the form of Ireland, Malta and Italy. However the effect was not substantial in the vast majority of these cases (including the UK's), and thus does not have a dramatic impact on the likelihood of a given performer winning.

In particular, negative bias was virtually invisible in the study: no country systematically gives any other low points, meaning there is no evidence of prejudice or discrimination against anyone. Even in the case of Albania, which was consistently relatively unpopular in the voting, the effect was very small and the authors did not consider this to statistically demonstrate a negative bias.

Thus, despite frequent media claims to the contrary, the UK's entries do not seem to be systematically shunned by the rest of Europe.

"It is likely that other factors beyond those we have studied explain most of the voting behaviour in the Eurovision Song Contest, as the patterns we observe are relatively weak," Dr Baio says. "In the days prior to the final of the contest, the media usually suggest one of the entries as the favourite. This may be based on objective qualities of the act, but also on political reasons, such as the willingness to host the next edition of the contest."