A new treatment for drug-resistant epilepsy with the potential to suppress seizures 'on demand' with a pill, similar to how you might take painkillers when you feel a headache coming on, has been developed by UCL researchers funded by the Wellcome Trust. 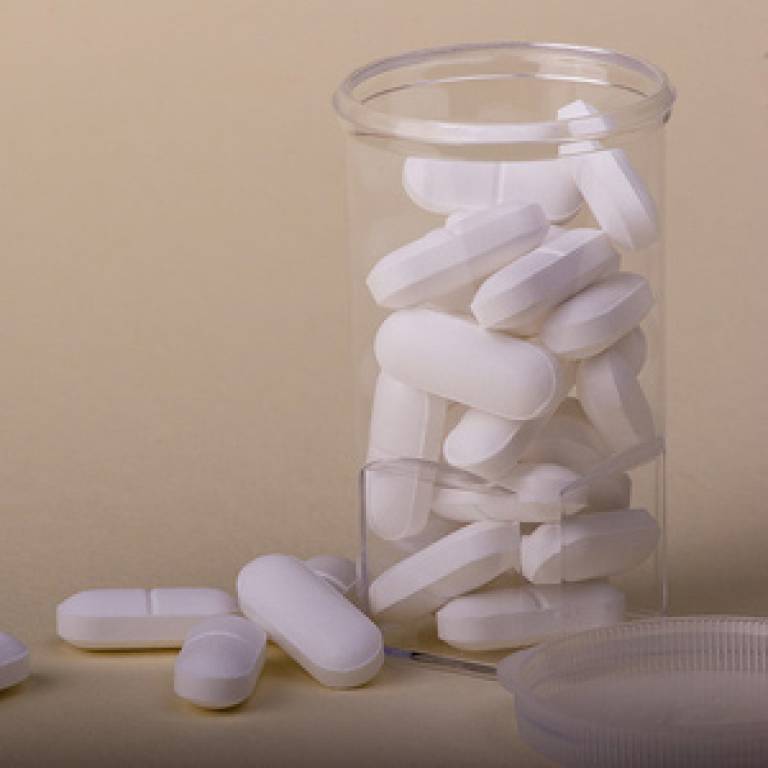 The treatment, described in Nature Communications, combines genetic and chemical approaches to suppress seizures without disrupting normal brain function. The technique was demonstrated in rodents but in future we could see people controlling seizures on-demand with a simple pill.

Epilepsy affects around 50 million people worldwide including 600,000 in the UK and around a quarter of cases are resistant to conventional treatments. Many of these cases could be addressed by the new treatment method, which relies on genetic modification of brain cells to make them sensitive to a normally inactive compound.

"First, we inject a modified virus into the area of the brain where seizures arise," explains Professor Dimitri Kullmann of the UCL Institute of Neurology, senior author of the research. "This virus instructs the brain cells to make a protein that is activated by CNO (clozapine-N-oxide), a compound that can be taken as a pill. The activated protein then suppresses the over-excitable brain cells that trigger seizures, but only in the presence of CNO.

"At the moment, severe seizures are treated with drugs that suppress the excitability of all brain cells, and patients therefore experience side effects. Sometimes the dose required to stop seizures is so high that patients need to be sedated and taken to intensive care. If we can take our new method into the clinic, which we hope to do within the next decade, we could treat patients who are susceptible to severe seizures with a one-off injection of the modified virus, and then use CNO only when needed.

If we can take our new method into the clinic, which we hope to do within the next decade, we could treat patients who are susceptible to severe seizures with a one-off injection of the modified virus, and then use CNO only when needed.

"CNO would be given as a pill in the event that patients could predict when seizures were likely to occur. For example, many people with treatment-resistant epilepsy experience clusters of seizures, where severe seizures are preceded by smaller ones. Seizure risk is also high when people are ill, sleep deprived, or at certain times of the menstrual cycle, so these would all be good times to take the pill as a preventative measure. In urgent situations, the compound could be given as an injection. We could even consider a fully automatic delivery system, where CNO was given by a pump, as is done for insulin in some people with diabetes."

As CNO has a half-life of about a few hours and only affects the pre-treated epileptic parts of the brain, the new method avoids the need to permanently alter the brain or treat the whole brain with seizure-suppressing drugs. It builds on similar work by Professor Kullmann's group using gene therapy to 'calm down' brain cells, or using light pulses to activate seizure-suppressing receptors in the brain. The new technique works in a similar way but is reversible and avoids the need for invasive devices to deliver light to the brain.

"After the one-off injection into affected areas of the brain, our new technique would require nothing beyond CNO, administered as an injection or a pill, to suppress seizures when required," says Professor Kullmann. "This makes it more attractive than alternative forms of targeted therapy such as surgery to remove the brain region where seizures arise, or gene therapy that permanently alters the excitability of brain cells.

"Although there is currently no evidence that permanently suppressing excitability in a small area affects brain function, we cannot be sure that it would have no impact long-term. Our new method is completely reversible, so if there were any side-effects then people could simply stop taking the CNO pill."

Dr John Williams, head of clinical activities, neuroscience and mental health at the Wellcome Trust said: "Epilepsy is a debilitating condition with limited treatment options available to the 50 million people affected globally. We look forward to seeing how this innovative approach for targeted control of seizure activity might translate into new treatments options for managing and controlling seizures in humans."