World-class orchestras can be accurately identified by silent video footage of performances, but not through sound recordings, a UCL study has found. 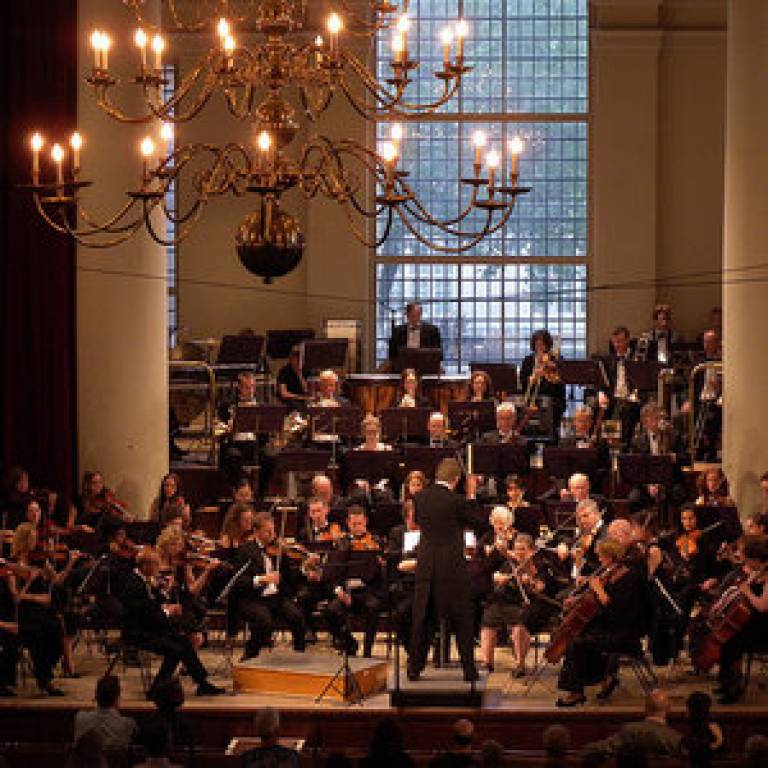 Both professional musicians and musical novices are better at identifying top-ranked orchestras from non-ranked orchestras when shown silent video footage, suggesting that such judgements are driven at least in part by visual cues about group dynamics and leadership.

When shown two 6-second clips, one from a world-class orchestra ranked among the top ten internationally - which included the London Symphony Orchestra, the Berlin Philharmonic, the Vienna Philharmonic, and the Chicago Symphony Orchestra - and another from a regional or university-based group, participants were more likely to choose correctly when shown video-only footage than when played audio clips.

Separate research published in 2013 found that observers overlook the degree to which visual cues can affect the judgement of music performance when assessing individual musicians.

Now through a series of six experiments, with 1,062 expert and novice participants, researchers have found that the same principles apply to the rapid judgement of group performances, such as those of orchestras and chamber ensembles.

This research suggests that the ultimate music ensemble astounds not its listeners but its viewers.

Dr Chia-Jung Tsay (UCL Management Science and Innovation), author of the study said: "It was surprising that providing even a subset of visual information - the sight of just one musician - allowed participants to identify the outcomes of ensemble competitions, and at a higher rate than achieved by participants given both the visuals and sound of the entire group.

"Chamber ensembles and professional musicians may say that the ultimate groups astound their members and their listeners. Yet the mere presence of sound in the recordings actually detracted from the predictive power of video-only recordings. This research suggests that the ultimate music ensemble astounds not its listeners but its viewers."

One of the experiments investigated the importance of visual cues in assessing symphony orchestras. In each clip, the designated leaders were not visible, allowing for a closer investigation of the influence of group dynamics on performance judgement.

Participants scored significantly better than chance, with 64% identifying the top-ranked orchestra from silent video footage. However, when given sound-only clips, this fell to 53%.

"Since much of music is experienced live, and visual information appears to dominate judgment - it is likely that audiences may face a disconnect when they attend live performances of musicians who were chosen through blind auditions."