Drugs used to treat blindness-causing disorders could be successfully administered by eye drops rather than unpleasant and expensive eye injections, according to new research led by UCL scientists that could be a breakthrough for the millions worldwide suffering from age-related macular degeneration (AMD) and other eye disorders. 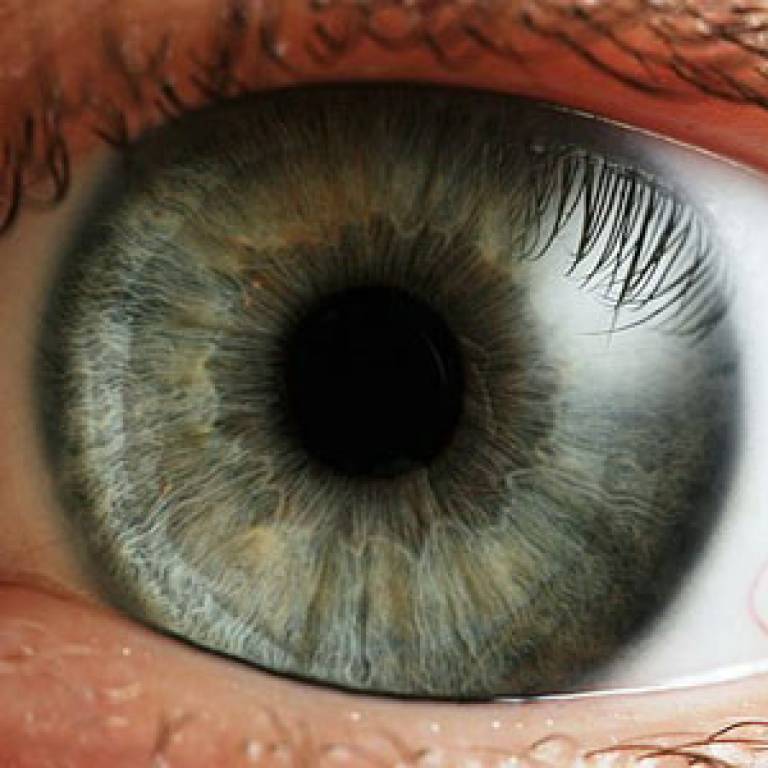 1 in 5 people over 75 have AMD with well-known sufferers including actress Dame Judi Dench and author Stephen King. The research findings are significant due to growing patient numbers and an increasing demand for the eye injections that halt the progression of the disease.

The research, demonstrated in animal models and published today in nanotechnology journal Small, demonstrates that it is possible to create formulations of tiny nanoparticles loaded with the AMD drug Avastin and deliver significant concentrations to the back of the eye.

Lead author Professor Francesca Cordeiro (UCL Institute of Ophthalmology) said: "The development of eye drops that can be safely and effectively used in patients would be a magic bullet - a huge breakthrough in the treatment of AMD and other debilitating eye disorders.

"The current treatment of injecting drugs into the eye is uncomfortable, detested by patients and often needs repeated monthly injections in hospital for as long as 24 consecutive months. It's impossible to exaggerate the relief patients would feel at not having to experience injections into their eyes."

The development of eye drops that can be safely and effectively used in patients would be a magic bullet - a huge breakthrough in the treatment of AMD and other debilitating eye disorders.

The NHS is currently overburdened with patients who need repeat eye injections and the numbers are set to rise exponentially over the next ten years. Demand is so high that injections are difficult to administer, time-consuming and very expensive. The treatment also carries a risk of infection and bleeding, increased by the frequency of recurrent injections into the eyes.

Effective delivery of drugs to the retina of the eye is considered one of the most challenging areas in drug development in ophthalmology, due to the presence of anatomical barriers. It was previously thought that drugs used to treat AMD such as Avastin and Lucentis have molecules that are simply too large to be effectively transported in an eye drop.

First author Dr Ben Davis (UCL Institute of Ophthalmology) added: "There is significant interest in the development of minimally invasive systems to deliver large drug molecules across biological barriers including the cornea of the eye.

"We have shown in experimental models a formulation system to get substances including Avastin across the barriers in the eye and transport them across the cells of the cornea. In theory, you could customise the technology for different drugs such as Lucentis, commonly used for AMD treatment in the UK, as it is a smaller molecule than Avastin so likely to be delivered effectively via this method.

"All the components we used are safe and well established in the field, meaning we could potentially move quite quickly to get the technology into trials in patients - but the timescales are dependent on funding."

The paper includes functional data showing that the avastin administered stops the blood vessels from leaking and forming new blood vessels, the basis for wet AMD.

This technology has been patented by UCL's technology transfer company UCL Business and the researchers are seeking commercial partners to accelerate development.