Thin films of spin ice have been shown to demonstrate surprising properties which could help in the development of applications of magnetricity, the magnetic equivalent of electricity. 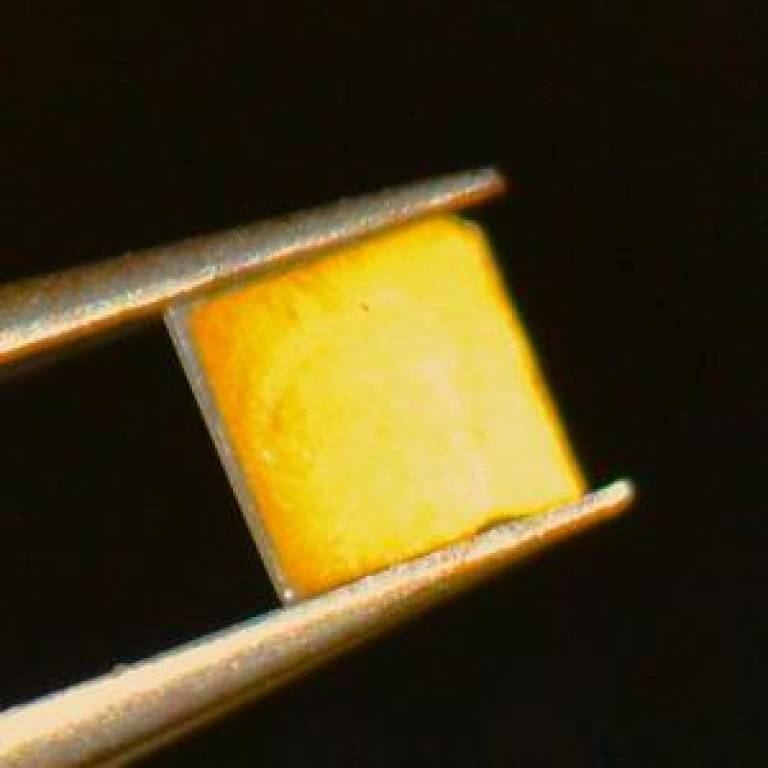 Published today in Nature Communications, a team of researchers based at the London Centre for Nanotechnology (LCN), in collaboration with scientists from Oxford and Cambridge, found that, against expectations, the Third Law of Thermodynamics could be restored in thin films of the magnetic material spin ice.

In the familiar world around us it is always possible to make things colder, but science has established that there is a limit to how cold an object can be - the so-called `absolute zero' of temperature, or minus 273 degrees centigrade.

At the absolute zero it is expected that the entropy of a substance, a measure of the randomness of the atoms within it, should itself be zero. The concept that absolute zero equates to zero entropy or randomness is called the Third Law of Thermodynamics.

A famous exception to the Third Law is spin ice, in which atomic magnetic moments or `spins' remain random in the approach to absolute zero. This randomness gives spin ice properties that more conventional materials don't have, most notably `magnetic monopoles'.

In this study, the researchers fabricated, for the first time, thin spin ice films with a thicknesses of only a few nanometres.

At about half a degree above absolute zero, the normal entropy of spin ice within the film was found to disappear, showing that the Third Law is restored in these spin ice thin films. Using X-ray diffraction at the LCN, the researchers showed that the films are slightly strained by the `substrate' on which they are grown, which causes the loss of entropy.

"This result shows that we can use strain to drastically alter and control the spin ice state" says Dr Laura Bovo (London Centre for Nanotechnology) the leading author of the team's paper. "It opens up new possibilities for the control and manipulation of magnetricity and magnetic monopoles in spin ice."

Professor Steve Bramwell (UCL Department of Physics and Astronomy), another of the paper's authors, added, "Restoration of the Third Law in spin ice thin films adds an unexpected twist to the story of spin ice. How the Third Law is first violated and then restored in spin ice is an interesting question of basic physics".

Control of the entropy of spin ice could potentially be used in a number of applications; for example, magnetic technology in computer hard disks is often based on thin magnetic films.