I write this Vice-Provost's View having just chaired a session at the International Conference on Engineering, Science and Technology in Beijing. 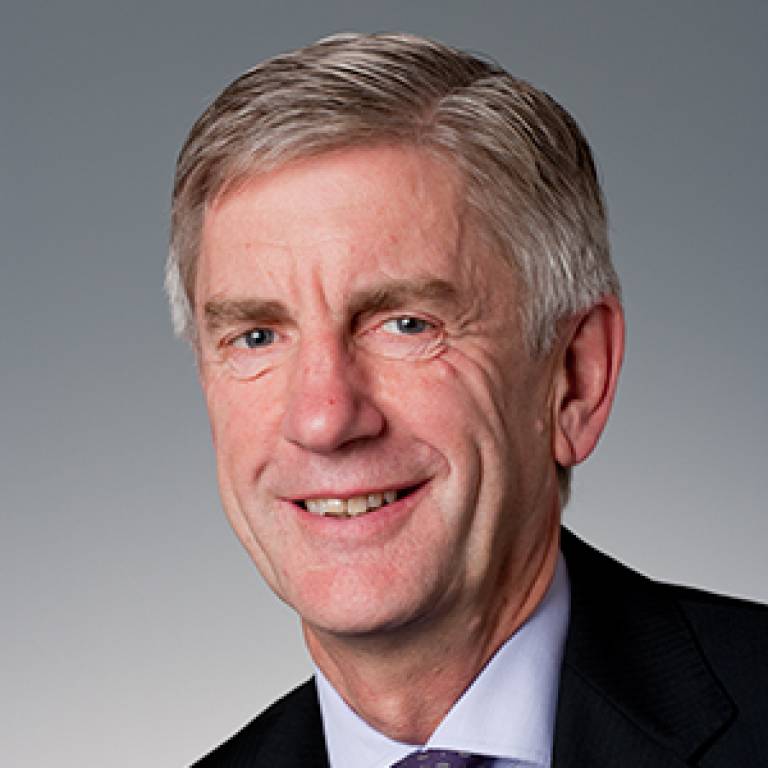 What, you may well ask, has that got to do with health and the UCL School of Life and Medical Sciences (SLMS)?

The invitation came from my opposite number in China, the President of the Chinese Academy of Medical Sciences, and the topic under discussion was translational medicine - or more specifically, the future of regenerative medicine, an area that relies heavily on engineering expertise for the generation of scaffold structures, 3D bio-printing etc.

I had two reflections on the discussion. The first was the growing importance of disciplines from outside the traditional biomedical fold to drive advances in the field of medicine. The second was the value of these face-to-face events in an increasingly digital age. It is by meeting like-minded colleagues, building personal chemistry and developing trust, that future collaborations are born.

Building on our strengths

Three years ago SLMS conducted a stakeholder analysis to guide the development of its communication strategy. What shone through, in contrast to our peer group, was that we were characterised by two interlinked features: our ability to engage in both interdisciplinary research and interinstitutional collaboration. We have deliberately pursued a policy of building on these strengths as both these features are associated with research of high academic, health and socioeconomic impact (Project Retrosight, RAND, 2011).

Interdisciplinarity is, of course, a critical component of UCL's Grand Challenge approach, key to which is an appreciation that novel insights derive from bringing different disciplines to bear on the world's 'messiest' problems. Not only are new ideas more likely to be generated, but the traction and promulgation those new insights achieve is amplified by the involvement of a broader set of constituencies (Sci Transl Med, 2010). At its highest intellectual level a truly transdisciplinary approach can be developed, often resulting in a complete reframing of the topic, and the emergence of a new language or discipline in its own right.

SLMS has pursued interdisciplinarity though the creation of "domains", fluid networks that create a community with a common interest in a particular agenda, drawn from across the institution and beyond.

With additional support from the Office of the Vice-Provost (Research) we have invested in skilled research coordinators to help us facilitate such activity. But does it bear fruit? The answer is a resounding "yes" when you look at the domains' achievements.

The Neuroscience Domain provided the template for such activity, drawing together a very broad constituency that, under the leadership of Professor Jon Driver and Professor Michael Hausser, resulted in the award of the Sainsbury Wellcome Centre for Neural Circuits and Behaviour in the face of very stiff competition. More recently the award of the Leonard Wolfson Experimental Neurology Centre drew on the same networked capability.

Similarly, the Population Health Domain, under Professor Dame Anne Johnson's leadership, spent two years fostering our health informatics community working with the broader Computational Life and Medical Sciences (CLMS) Network, laying the groundwork for successful bids to become one of four hubs for the National Farr Institute of Health Informatics Research, and secure MRC bioinformatics funding in partnership with others.

It is simply inconceivable that these successes would have been possible without prior development of a genuinely collaborative and interdisciplinary community.

Interinstitutional collaboration or partnership is, to a certain degree, an extension of this theme. At the individual level, interinstitutional collaboration is at the heart of normal academic discourse. Academics are very adept at seeking out talented individuals with complementary expertise, whom they trust and with whom they share common interests, wherever in the world they reside. We must do all we can to foster such links.

When the collaboration is on a grander scale, involving the commitment of significant staff time and resource, a more strategic approach is merited - not least because of the cost of sustaining such relationships and the potential reputational damage if they are not conducted well. SLMS has a Partnership Board to oversee such relationships, which are particularly central to the School's activities given our intimate relationship with the NHS.

This broader institutional and community engagement gives access to a wider population to help in our research, as well as the framework to achieve impact at scale for the benefit of population health. This model of partnership working has provided the template for the Academic Health Science Networks that are now replicated (and funded) across England - such is the perceived success of the model.

At the heart of UCLPartners is our Academic Health Science Centre (AHSC), one of six awarded nationally, which focuses on facilitating research discovery into clinical translation. Our AHSC is in fact a constellation of six "Academic Medical Centres" (to use the conventional jargon), involving close partnerships between six specialist hospitals and associated academic institutes. The ambition is quite simply world-class status for all six, verified by academic and clinical outcome metrics.

The power of partnerships

Thirty years ago I was appointed a Wellcome Trust Senior Lecturer and Consultant Physician at Charing Cross Hospital. At that time it was inconceivable that there would be meaningful collaboration between the London Medical Schools. In the last few years all that has changed, stimulated in part by the clinical academic community in London waking up to the fact that the competition we should focus on is not within London, nor even national, but global.

Four years ago I stimulated the formation of a 'London AHSC Executive', creating a forum for the three London AHSCs to explore issues of common interest and potential collaboration when it was in the collective interest. That approach has borne considerable fruit: a joint imaging company, Imanova, has been formed with the MRC as a partner; MedCity has been launched as a means to promote our collective capacity in the life sciences with investment of over £4m from HEFCE and the Greater London Authority; and a rare diseases consortium has been forged with our Oxbridge cousins, supported by Pfizer, to develop new therapies to address unmet clinical need.

Of course a critical partnership for UCL is the Francis Crick Institute. This magnificent facility, due to open next year, was originally founded by the MRC, Wellcome Trust, CRUK and UCL, and now also embraces King's and Imperial, with UCL facilitating their joining. As the three universities build collaborations with the Crick through staff secondments, this will doubtless create new interfaces between all of the partners.

As befits London's Global University, London is a significant focus for our partnership activity, but our national and international links are also extensive. For example, the joint MRC Centre for Neuromuscular Diseases based at UCL and the University of Newcastle brings together discrete complementary expertise.

Our international partnerships are strategically driven, and mostly build on existing collaborative links in areas of clear strength: for example with the Neuroscience Center Zürich, and the Max Planck UCL Centre for Computational Psychiatry and Ageing Research, the world's first centre for computational psychiatry.

We also have the future in mind, building capability in areas key to our academic strategy. Collaboration with the Wellcome Trust Africa Centre for Health and Population Studies, in conjunction with the University of KwaZulu-Natal (UKZN), is one such priority initiative and will complement our partnership with the London School of Hygiene and Tropical Medicine in infection research, which will materialise in the new Bloomsbury Research Institute.

It should be clear from the above that effective collaboration is key to our future success. It should not be embarked upon naively, and naturally there will be times when it is appropriate to compete. But we should be confident enough in our own abilities to forge such links, not always insisting on leading, but being characterised as an intellectual hub that conducts such relationships with professionalism.

The successful, globally competitive universities of the future will be those that get this right.

UCL is at a very exciting point in its history, as the Vice-Provost (International) leads the development of a new international strategy, and the Vice-Provost (Research) prepares to launch new interdisciplinary research domains. Interdisciplinarity and partnership working are demanding but highly creative and fulfilling activities that we should exploit to the full.