UCL is featuring in a UK-wide campaign from 9-15 June to highlight the value and importance of university research to our everyday lives. 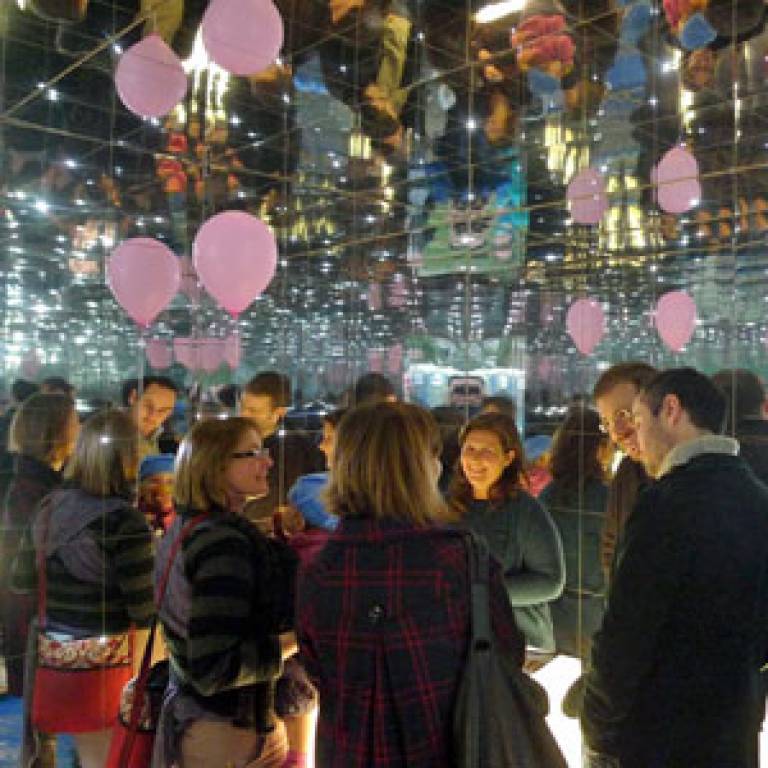 Universities Week 2014 launches on Monday 9 June at the Natural History Museum (NHM), where a week-long public event will showcase some of the best of UK university research.

UCL researchers and members of UCL Public and Cultural Engagement (PACE) will join 44 other UK universities represented at the Museum during the week.

The exhibition will include research stations, pop-up performances, debates and live research demonstrations, covering a range of research themes.

The UCL station will present 'The Thing Is' - a giant cardboard box containing only two things: an object and a researcher.

Members of the public are invited into the box to meet the researcher and find out about how the object relates to their work. 30 researchers from across UCL will be taking part over the five days.

On Monday 9 June, in the Wildlife Garden of the Darwin Centre at the NHM, staff from the UCL Institute of Archaeology will be offering 'Experimental Archaeology', where visitors will have the chance to take part in flint-knapping and pottery making to learn the skills and appreciate the techniques used in pre-historic Britain.

The NHM will also be holding a special Museum Late on Wednesday 11 June during which UCL Public Engagement will be running two Bright Clubs (at 7.15pm and 9.15pm in the Attenborough Studio), where four researchers will be turned into comedians for a night of laughter with comedian host David Morgan.

"Led by some of the top researchers in the UK, the event at the Natural History Museum will be a fantastic showcase event for UK higher education. By hosting this free-to-attend and high-profile event, we hope that members of the public will be inspired and will leave having learned something new about how universities are helping to solve some of the UK's, and world's biggest challenges."