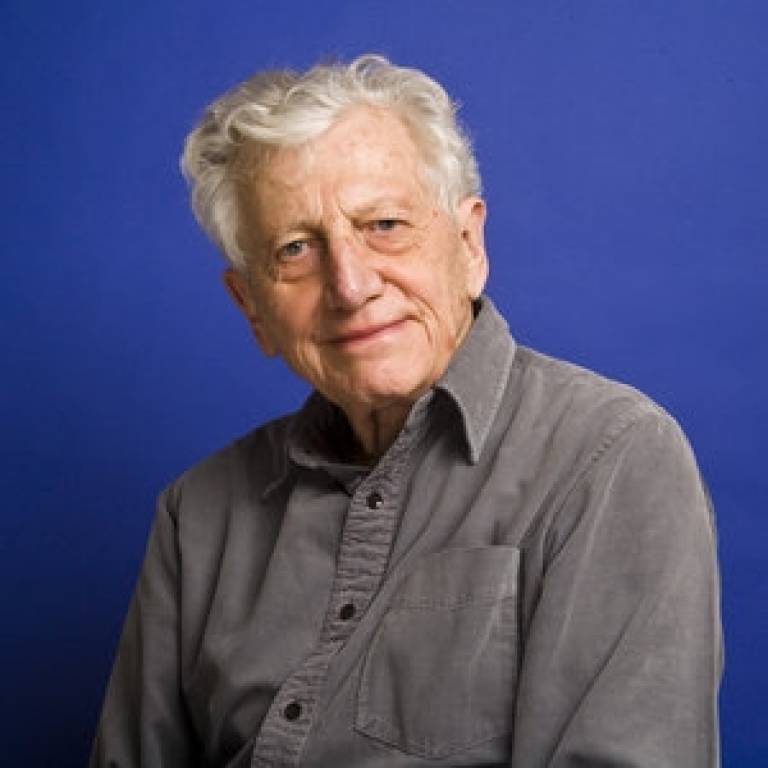 It is with great sadness that we mark the passing of Professor Sir Peter Hall, a true colossus in the world of planning, and a much loved colleague and friend to us all here at The Bartlett.

Peter's contribution to the world of planning academe is so significant and so extensive that it almost defies description, but is perhaps best represented in the catalogue of around 50 books that he authored or edited since beginning his academic career in 1957, many now seminal texts in the field including: London 2000, London 2001, The World Cities, Urban and Regional Planning, Great Planning Disasters, Cities of Tomorrow, Sociable Cities, Cities in Civilization; The Containment of Urban England, and most recently, Good Cities Better Lives. But Peter's contributions were not limited to academe, and as well as advising governments around the world, he conceived many of the most influential planning ideas in the UK, such as enterprise zones; London's orbital rail and strategic growth corridors; and recently contributed to the revival of interest in Garden Cities stemming from his role as Chair of the Town & Country Planning Association (since 1995).

Peter taught at the London School of Economics; University of Reading (where he was appointed Professor at the age of just 36); Berkeley, University of California; and The Bartlett School of Planning, UCL, where he was appointed Bartlett Professor of Planning in 1992. And it is perhaps in these places that his greatest ongoing contribution to the field will continue to be felt long into the future, in the minds and works of the many thousands of students that he taught and inspired over his 67 year academic career.

As an indication of the esteem in which he is held worldwide, Peter was recipient of fourteen honorary doctorates from universities around the world; received the Founder's Medal of the Royal Geographical Society; was an Honorary Member of the Royal Town Planning Institute from where he received the Gold Medal in 2003; was an Honorary Fellow of the Royal Institute of British Architects and Fellow of the British Academy; received the 2005 Balzan Prize for work on the Social and Cultural History of Cities; and in 2008 received the Sir Patrick Abercrombie Prize of the International Union of Architects. He was knighted in 1998, and in 2003 was named by Her Majesty Queen Elizabeth II as a "Pioneer in the Life of the Nation".

But beyond all the awards and recognition, for us, here at The Bartlett, he was quite simply our inspiration. Peter's intellectual curiosity and physical energy was legendary, as was his encyclopedic mind about all things planning (and anything to do with trains, including the historical timeline behind old lines and stations, and exactly where to get on and off tube trains at every station across London for the most efficient journey!). But despite his greatness, Peter was always prepared to spend time with all of us, encouraging us in our endeavors and supporting the School and University in every way he could, whilst looking optimistically to the future. His empathetic nature was outstanding.

Indeed despite his illness, which he never complained about but simply accepted, Peter was working at full pelt on ideas for the future, including developing new research and hatching student projects, right up until his final few days. And this is how we shall remember him, a man always able to draw from the lessons of the past, but firmly focused on the future and on planning as a force for good.

Peter, you were a force for good, and we shall miss you greatly.