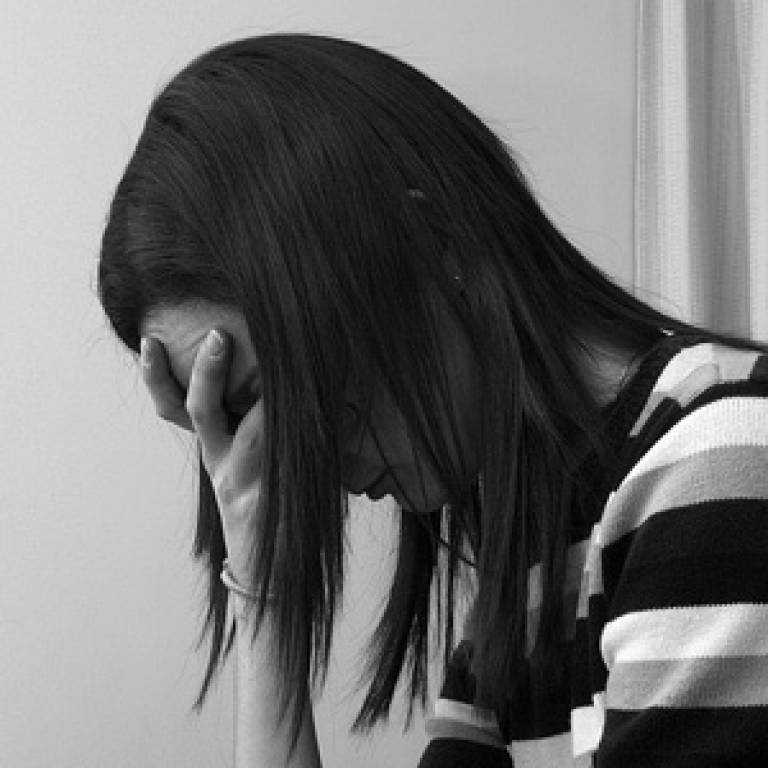 People with the variant are around 2 to 3 times more likely to develop schizophrenia or alcohol dependence, reports a new UCL study. The variant, which is found in approximately one in every 200 people, is also associated with a threefold risk of developing bipolar disorder, as previously shown by the same UCL group. The research, published in Psychiatric Genetics, is based on genetic analysis of 4,971 people diagnosed with one of the three disorders compared with 1,309 healthy controls. It found that people with the variant of the GRM3 gene, thought to be important in brain signalling, were at increased risk of developing bipolar disorder, schizophrenia and alcohol dependence.

GRM3's association with schizophrenia was also confirmed by a global study involving a consortium of over 200 institutions including UCL. The research, published in Nature, involved searching the genomes of 36,989 people with schizophrenia and 113,075 healthy subjects from across the world. 108 different genetic locations were found to be associated with the disease, but GRM3 is the only one for which a specific mutation responsible has been identified.

"We could be looking at the next big drug target for treating mental illness," says Professor David Curtis (UCL Psychiatry), co-author on both papers. "The work opens up new ways to prevent and treat mental illnesses by revealing the mechanisms involved in their development. The result for GRM3 from the consortium is particularly compelling, as the odds of this occurring by chance are only one in a billion."

At present, schizophrenia is treated with drugs that reduce the activity of the chemical dopamine. Dopamine is important for transmitting messages between brain cells, but over-active dopamine signalling may cause parts of the brain that are supposed to be separate to communicate with each other. For example, some scientists suspect that such signalling between the speech and hearing centres of the brain may explain why people with schizophrenia 'hear voices'.

Yet dopamine is not the only chemical that brain cells use to communicate with each other. Glutamate is also involved and GRM3 codes for a protein which brain cells use to detect glutamate. Brain cell activation is controlled by calcium 'channels'. The latest research implicates both glutamate transmission and calcium channels in schizophrenia development.

"Drug treatments for schizophrenia have barely changed over the past few decades, as they still target dopamine receptors," says study co-author Dr Andrew McQuillin, head of the UCL Molecular Psychiatry team that first discovered GRM3. "Schizophrenia treatments targeting glutamate receptors have been tested in the past without success. However, they might be more effective at treating patient groups with mutations in glutamate receptors such as GRM3.

"Drugs targeting calcium channels have been tested against bipolar disorder with some success, although only in open-label trials and not double-blind clinical trials. The results should therefore be interpreted with caution, although the Nature paper findings do suggest that calcium channels are a viable drug target. Overall I expect we will see increased interest in drugs against both glutamate receptors and calcium channels as a result of the research."