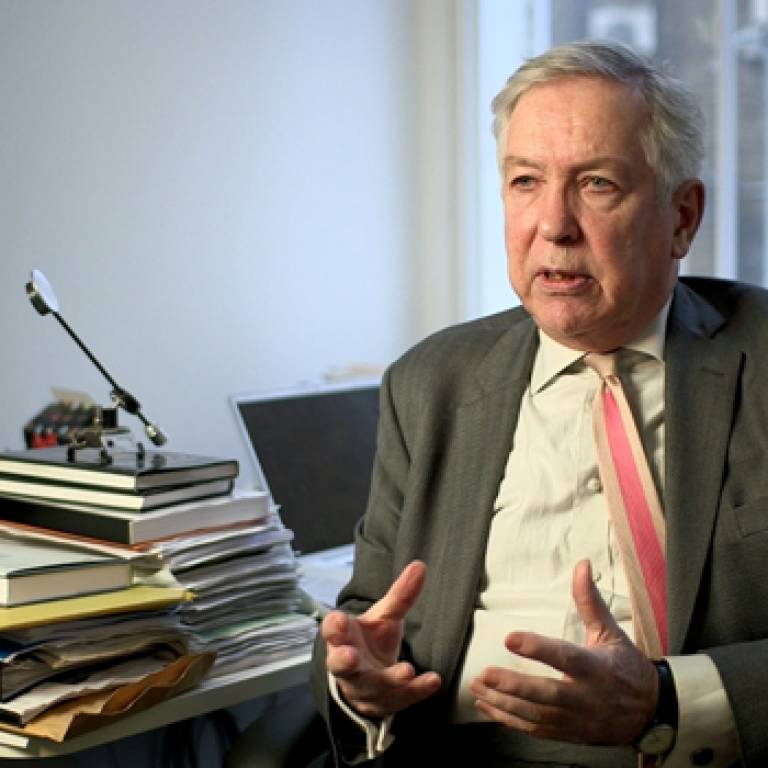 Fast forward 13 years and the original ideas in the book have provided the foundation for the Bafta nominated documentary Tim's Vermeer.

The film focuses on the endeavours of American engineer Tim Jenison as he attempts to paint a Vermeer. Jenison builds on the work of Professor Steadman by proposing solutions to the problems of using a camera obscura in painting. In doing so, he devises a method for recreating his very own Vermeer.

In the film Jenison builds a full-size reconstruction of Vermeer's studio in a warehouse in San Antonio, complete with period furniture and figures in 17th century costume. He forms an image of this scene with a camera obscura, and attempts to transcribe the image in paint using a mirrored device of his own design.

"So the only places you can really look are in the paintings themselves and that's how I've demonstrated, from the perspectives, that these show definitively how he used a camera."

"Tim Jenison read my book and thought he could take the idea even further. The device Tim has created is certainly within the scope of 17th century technology. And it works. There's no doubt you can produce, as an amateur, Vermeer-like photographic effects by transcribing the optical image."

"But the question that remains is did Vermeer use this? And that is not answered. Could one see in the paintings this particular method that Jenison has created? I don't think you can. His device is a bit like a reflecting telescope, but these weren't built until the 18th century."

Tim's Vermeer is out now in UK cinemas.