Over 100 ERC awards for UCL researchers

With the award of €1.9m to Professor Angelos Michaelides (UCL London Centre for Nanotechnology), UCL's share of European Research Council (ERC) funding for 2008-2013 has breached the €156m barrier with over €33m awarded in 2013. 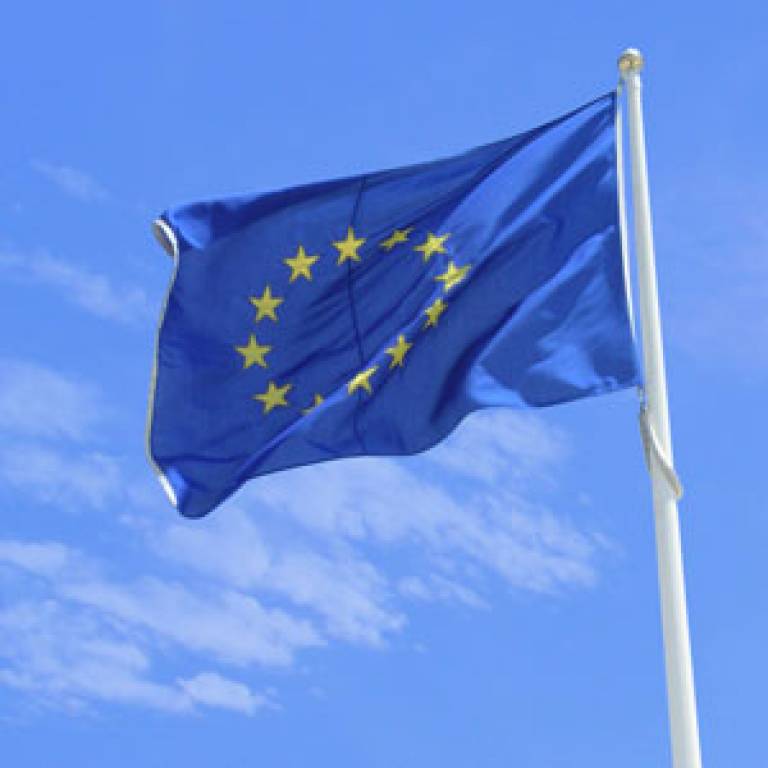 UCL, along with Oxford, has been awarded nine consolidator grants, the highest number awarded to any UK university.

Over 100 awards have been made between 2008-2013. UCL was awarded 16 Early Stage grants in 2013, which aim to support promising researchers to become research leaders.

Professor Michaelides was awarded an ERC Starting Grant in 2008, making him the first ERC grant holder at UCL. He has recently been awarded a Consolidator Grant worth €1.9m for his work on the HeteroIce project at the London Centre for Nanotechnology.

Professor Michaelides said: "Getting an ERC grant is like winning the lottery. Obviously I'm delighted to win it for a second time! The sustained long-term funding ERC grants provide are enabling me and my research group to tackle some of the most fundamental and challenging problems in the chemical sciences"

Michael Browne, Head of the European Research and Innovation Office at UCL, said: "We're delighted by the recent awards, which will support a vast range of exciting work taking place across UCL. ERC funding enables our researchers to develop their projects and their careers at UCL and provides an opportunity for researchers to explore subjects in their full complexity."

Professor David Price, UCL Vice Provost (Research), said: "This level of sustained funding from the ERC is testament to the world-leading research taking place at UCL, and we are proud of the insight and knowledge being generated across the university. I would like to congratulate the researchers on their success, and wish them all the best in their continued research."

The successful applicants are:

Dr Tracy Kivell (UCL Anthropology) for "The evolution of the human hand: grasping trees and tools"