The week the spotlight is on Mark Sudbury, Director of UCL Communications &amp; Marketing. 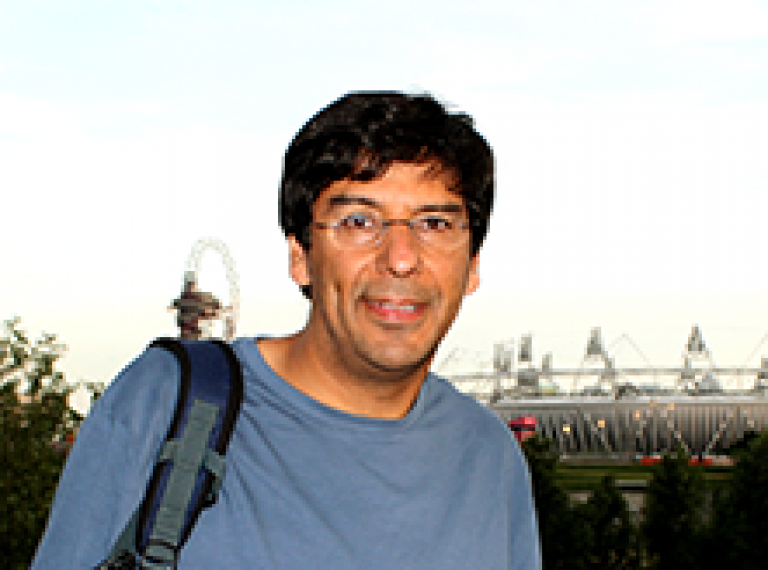 I run the UCL Communications and Marketing office, which is responsible for maintaining and developing the reputation and profile of UCL and helping to recruit the best students.

In practice, that means overseeing the press office, central digital channels including social media and corporate events, the production of student recruitment materials and managing the international recruitment process.

So, I spend lots of time in meetings, but also talking to a wide range of interesting people across UCL and around the world. It is a privilege to be part of a place with so much creativity and innovation, which makes my role in helping to promote UCL so much more enjoyable.

I joined UCL in April 2007, originally to run our communications, but my role has changed over time, taking on wider responsibility for marketing activities in recent years.

I came to UCL from central government, where I worked at the Cabinet Office and Department of Health. Prior to that, I was Head of Public Affairs at the Football Association (Cantona's kung fu kick happened in my second week there) - so there's rarely been a dull moment in my working life.

In government, I ran the communications programme for the public health white paper which led to the ban on smoking in public places, and I was responsible for the Let's Kick Racism Out of Football campaign whilst at the FA.

At UCL, I hope that we've helped to raise the profile of the organisation over the last few years. And you might want to thank me for getting rid of the previously ubiquitous 'All Staff' email.

This year, we've launched the UCL Communications and Culture Awards to recognise the hard work that people at UCL put in to sharing their research, teaching, and learning through media and cultural partnerships.

I come across so many examples of both academic and professional services staff who really help to promote UCL through their media or events work, and it will be really satisfying to give this activity its proper recognition and reward for the first time.

Do please nominate colleagues - staff or postgraduate students - who have made a difference. Visit http://www.ucl.ac.uk/public-engagement/provostsawards/communicationandcultureaward. Nominations close on 28 February.

Electric Ladyland by the Jimi Hendrix Experience; This is Spinal Tap; The War of the End of the World by Mario Vargas Llosa.

I have an appalling memory for jokes; the only one I can remember all the way through is: What do you call a man with a seagull on his head? Cliff.

Study harder - but relax properly. Practise more - but try to enjoy what you play; in particular, now that my son is learning piano, I'd have liked to have kept it up myself.

I'm actually Scottish. I certainly don't sound like it, but I was born in Edinburgh and lived there until I was five. Doesn't get me a vote in the referendum, alas, but I still have my mock Scottish passport from a holiday in the 1970s.

Anywhere where I'm with my family, but probably on holiday in Abruzzo, Italy, where my wife's family are from.