Researchers from UCL, University of Southampton and University of Leicester together with ESA and NASA have uncovered the origin of a colourful display in the night sky called 'theta aurora', explaining for the first time how auroras at high-latitudes form. 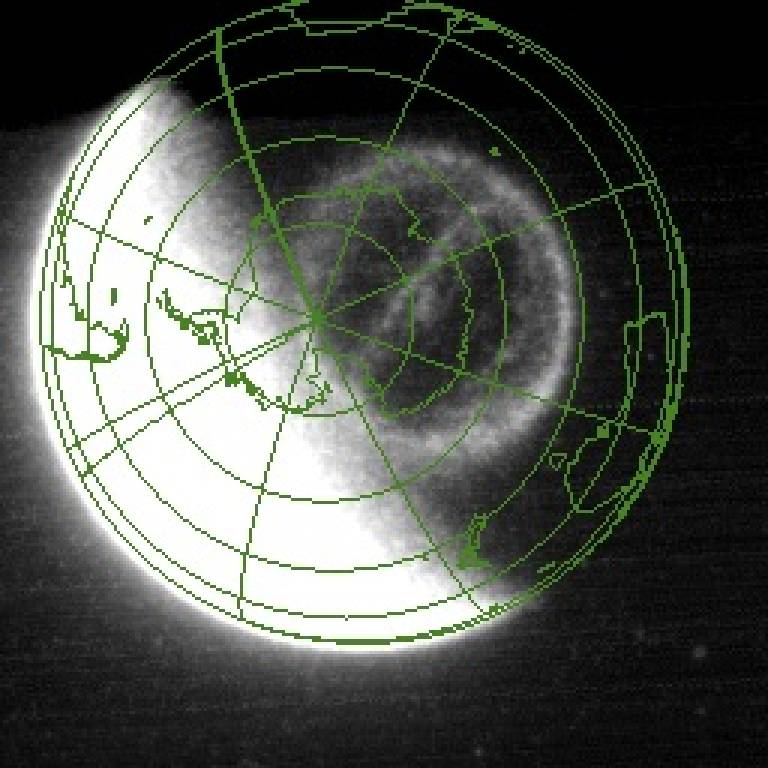 Auroras are the most visible manifestation of the sun's effect on Earth, but many aspects of these spectacular displays are still poorly understood. The team's findings published in Science today show the role hot plasma, which comprises electrically charged atomic particles, plays in producing the unusual theta aurora.

Theta aurora is so named because when seen from above it looks like the Greek letter theta - an oval with a line crossing through the centre. The line is an unusual feature due to the aurora occurring closer to the poles than normal auroras which are found about 65-70 degrees north or south of the equator in an area called the 'auroral oval' and are reasonably well understood by scientists.

"The possibilities have been debated since the first satellite observations of the phenomenon were made in the 1980s," said Dr Robert Fear (University of Southampton) who led the study.

Although separated by some 93 million miles, the sun and Earth are connected by what's known as the solar wind. The plasma streams from the sun and travels across the solar system, carrying its own magnetic field and when it hits Earth, it distorts Earth's magnetic field but how it does this is dependent on how the two align.

For the study, Professor Andrew Fazakerley (UCL Mullard Space Science Laboratory) investigated the behaviour of electrons associated with theta aurora using the Cluster PEACE electron spectrometer instruments, for which he is the Principal Investigator. "When the magnetic field from the solar wind and Earth are pointing in opposite directions and align, something called magnetic reconnection occurs that allows the solar wind to transfer energy and matter into the magnetosphere," he said.

Normally, the magnetic field lines poleward of the auroral oval are connected to the solar wind at one end and the Earth at the other end so don't usually have associated aurora on them, which is why its strange to see the theta aurora.

"As a result, all around the auroral oval, charged particles can be accelerated down magnetic field lines to produce auroral displays by colliding with ions of oxygen and nitrogen, causing them to glow different colours, creating the aurora. The interaction with oxygen atoms results in a green or, more rarely, red glow in the night sky, while nitrogen atoms give blue and purple colours."

"Normally, the magnetic field lines poleward of the auroral oval are connected to the solar wind at one end and the Earth at the other end so don't usually have associated aurora on them, which is why its strange to see the theta aurora," he added.

The team found when the solar wind's magnetic field (interplanetary magnetic field) points northward, auroras can occur at even higher latitudes, sometimes resulting in theta aurora. Prior to the recent work, scientists suspected that theta aurora had something to do with the particles observed in the lobe regions of Earth's magnetosphere. The plasma in the lobes is normally cold, but previous observations suggested that theta auroras are linked with unusually hot lobe plasma. 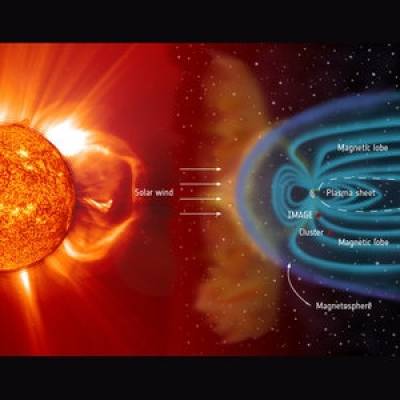 "Previously it was unclear whether this hot plasma was a result of direct solar wind entry through the lobes of the magnetosphere, or if the plasma is somehow related to the plasma sheet on the night side of Earth," said Dr Fear. "One idea is that the process of magnetic reconnection on the night side of Earth causes a build-up of 'trapped' hot plasma in the higher latitude lobes."

Professor Fazakerley added, "The PEACE data were used to show that the hot plasma in the lobes is on magnetic field lines that are connected at both ends to the Earth, so theta aurora are not caused by particles directly entering from the solar wind but by trapped hot plasma."

The mystery was finally solved by studying data collected simultaneously by the European Space Agency's (ESA) Cluster and NASA's IMAGE satellites on 15 September 2005. While the four Cluster satellites were located in the southern hemisphere magnetic lobe, IMAGE had a wide-field view of the southern hemisphere aurora. As one Cluster satellite observed uncharacteristically energetic plasma in the lobe, IMAGE saw the 'arc' of the theta aurora cross the magnetic footprint of Cluster.