Principal cartoon characters are more than twice as likely to be killed off as their counterparts in films for adults released in the same year, reveals research from the University of Ottawa and UCL, published in the Christmas issue of The BMJ. 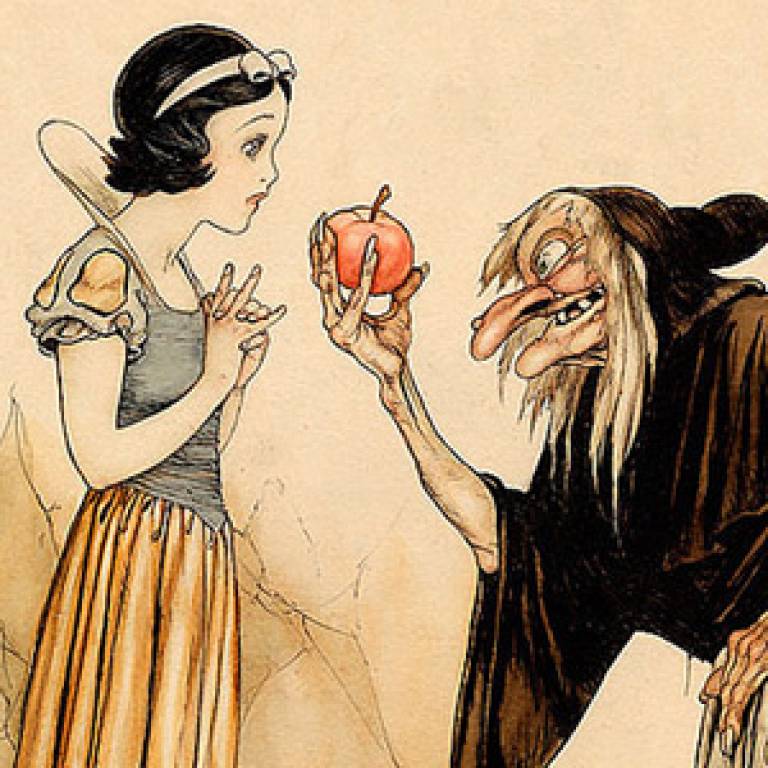 The findings prompt the authors to describe children's cartoons as "rife with death and destruction," with content akin to the "rampant horrors" of popular films for adults given restrictive age ratings.

"Rather than being innocuous and gentler alternatives to typical horror or drama films, children's animated films are, in fact, hotbeds or murder and mayhem" say the study leaders Dr Ian Colman and Dr James Kirkbride (UCL Psychiatry).

On-screen death and violence can be particularly traumatic for young children, and the impact can be intense and long lasting. Because of this many parents will not let their children see the "endemic gore and carnage" typical of films aimed at adult audiences, say the Canadian and UK researchers.

In a bid to assess the amount of violence young children might be exposed to, they analysed the length of time it takes for key characters to die in the 45 top-grossing children's cartoons, released between 1937 (Snow White) and 2013 (Frozen), and rated either as suitable for a general audience (G) or with parental guidance suggested (PG).

They also looked at whether the first on-screen death was a murder or involved a main character's parent.

The study found that two thirds of the cartoons depicted the death of an important character compared with half of the adult films.

Parents of main characters were more than five times as likely to die in children's cartoons as they were in films targeted at adults.

Furthermore, the data suggest that parents, nemeses, and children were more often the first casualties in cartoons whereas the main protagonist was the most likely to be killed off in films for adults.

Only cartoons in which the main characters were either human or animal were included in the analysis, as it's not clear if the concept of death among 'humanised' objects, such as cars and toys, exists.

Violent content was compared with that from the two top-grossing films for adults released in the same year as each of the cartoons, excluding those tagged as 'action' or 'adventure,' because these are often marketed to children.

Film genres included 'horror' such as The Exorcism of Emily Rose and What Lies Beneath, and thrillers, such as Pulp Fiction, The Departed, and Black Swan.

Grisly deaths in cartoons were common: shootings in Bambi, Peter Pan, and Pocahontas; stabbings in Sleeping Beauty and The Little Mermaid; and animal attacks in A Bug's Life, The Croods, How to Train Your Dragon, Finding Nemo, and Tarzan.

Notable early screen deaths included Nemo's mother being eaten by a barracuda 4 minutes 3 seconds into Finding Nemo; Tarzan's parents being killed by a leopard 4 minutes 8 seconds into Tarzan; and Cecil Gaines' father being shot in front of him 6 minutes into The Butler.

The film genre and years since the film's release had no bearing on the results. Indeed, the researchers say that there is no evidence to suggest that the level of violence has changed in children's films since Snow White in 1937, when Snow White's stepmother, the evil queen, was struck by lightning, forced off a cliff, and crushed by a boulder while being chased by seven vengeful dwarves.